Not long ago, Republicans in the Missouri Legislature were citing the need to protect patient privacy as the justification for blocking a statewide prescription drug database to address opioid addiction. Pro-privacy Republicans are suddenly in short supply now that patients’ rights are under direct attack in the abortion debate.

The abortion issue, apparently, isn’t settled law anymore. But federal patient privacy laws are. The federal Health Insurance Portability and Accountability Act, known as HIPAA, should remain an impenetrable roadblock for women to protect themselves and their medical providers when they choose to get an abortion — especially now that some state legislatures are weighing whether to prosecute abortions as homicides.

A Texas law that took effect last year allows bounty hunters to track women who have had an abortion and sue their doctors or anyone else who assisted the woman. The law apparently has yet to be tested, probably because it lacks a mechanism for affirming that an abortion happened without violating the woman’s right to full privacy regarding her medical records. That’s federal law, and it cannot be superseded by state law.

That still hasn’t stopped people from trying. Anti-abortion activists have tried various workarounds, such as a Washington state case where they tried to use a public-records statute to access abortion information collected by the state health department. Though the information sought would only have provided the hometowns and ages of the patients, Planned Parenthood argued in court that the release would violate HIPAA and would provide enough information to help activists track down abortion patients and providers. An appeals court concurred with Planned Parenthood.

In New Mexico in 2013, a doctor came under state medical board scrutiny for performing a late-term abortion that resulted in complications. Identifying information about the patient — including her medical treatment, mental condition, religion, where she lived and family status — made it into the hands of anti-abortion activists even though the doctor was exonerated by the medical board.

In Missouri, the former state health director, Dr. Randall Williams, tried to track women’s menstruation cycles in 2019 as a way of identifying when so-called failed abortions had occurred at a St. Louis Planned Parenthood facility. Although the stated goal was to collect evidence of medical malfeasance, it was fairly clear the real goal was political.

When courts have been involved, federal patient privacy law has reigned supreme. If Democrats in Congress can’t muster enough votes to pass a federal law codifying women’s right to choose, perhaps the next best step would be to dramatically strengthen HIPAA to ensure that no patient information whatsoever can be released without the patient’s express consent — even if it deprives state medical boards of information they request.

Under today’s political conditions, it seems, no one can be trusted — not even someone like Williams, who has the gall to put a doctor’s title before his name.

Tue May 24 , 2022
The government of India is likely to put on hold the sale of state-owned helicopter service provider Pawan Hans indefinitely as one of the members of the winning consortium has received an adverse court order. This is the second instance where a disinvestment exercise has been put on hold […] 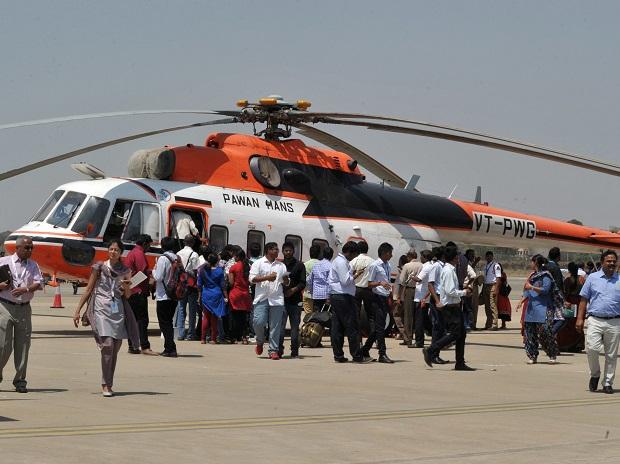