“Texas law also imposes a duty on DFPS to investigate the parents of a child who is subjected to these abusive gender-transitioning procedures, and on other state agencies to investigate licensed facilities where such procedures may occur,” Abbott added.

Attempts by a parent to consent to such procedures and treatments on behalf of their child could also qualify as child abuse under state law, Paxton declared. He also noted that failure to stop a doctor or parent from giving transition-related care to a minor could be illegal.

“The Texas Family Code is clear — causing or permitting substantial harm to the child or the child’s growth and development is child abuse,” Paxton wrote in a legal opinion requested by Republican state House Rep. Matt Krause and referenced in Abbott’s ensuing directive.

“Any person that conducts or facilitates these procedures or treatments could be engaged in child abuse, whether that be parents, doctors, counselors, etc.,” Paxton wrote.

The politics: Both Abbott and Paxton are facing significant opposition to their reelection bids, as early voting begins ahead of next week’s state primaries.

Abbott is protecting his right flank against several credible challengers, setting the stage for a likely general election fight against former Democratic Rep. Beto O’Rourke. Paxton could meanwhile be headed toward a runoff against state Land Commissioner George P. Bush, according to a recent Dallas Morning News-University of Texas at Tyler poll.

The reaction: The Texas chapter of the American Civil Liberties Union said Paxton’s opinion was not legally binding, and argued the attorney general and governor could instead spark false child abuse reports.

“This opinion and letter have no legal effect and cannot change Texas law nor usurp the constitutional rights of Texas families,” said Brian Klosterboer, an ACLU of Texas staff attorney, in a statement on Wednesday.

“The law is clear that parents, guardians, and doctors can provide transgender youth with treatment in accordance with prevailing standards of care,” Klosterboer said. “Any parent or guardian who loves and supports their child and is taking them to a licensed healthcare provider is not engaging in child abuse.”

A spokesperson for the Texas Department of Family and Protective Services said the agency would follow the law as laid out in the attorney general’s opinion.

“At this time, there are no pending investigations of child abuse involving the procedures described in that opinion,” agency spokesperson Patrick Crimmins said in a statement. “If any such allegations are reported to us, they will be investigated under existing policies of Child Protective Investigations.”

Sun Feb 27 , 2022
A group of American truckers is kicking off a weeks-long protest against vaccine mandates. The People’s Convoy will begin their rally in Southern California and end in Washington DC in March. DC law enforcement said they are aware of the protest and are preparing accordingly.  Loading Something is loading. American […] 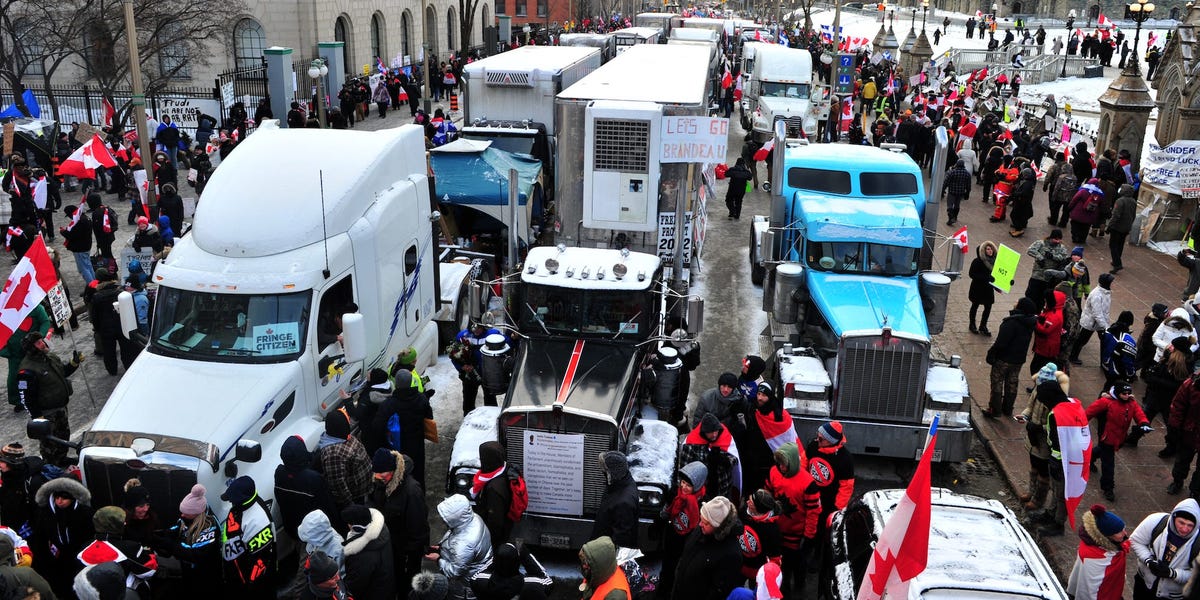