MONTGOMERY, Ala. — A doctor testified Thursday that there will be devastating consequences for transgender adolescents if Alabama outlaws the use of gender-affirming medications for them, and that their medical providers would face jail time for providing standard care.

The testimony came in a federal court hearing as families with transgender children seek to block enforcement of the Alabama law banning the treatments. The Alabama Vulnerable Child Compassion and Protection Act, which is set take effect on Sunday, makes it a felony punishable by up to 10 years in prison for medical providers to give puberty blockers and hormones to people under age 19 to help affirm their gender identity.

Lawmakers, who approved the bill this spring, said it is needed to protect children and that decisions on the medications should wait until adulthood. The legislation is part of a wave of bills in Republican-controlled states regarding transgender minors, but it is the first law to put criminal penalties on the doctors who provide the treatments to them.

Dr. Morissa Ladinsky, a pediatrician who founded a Birmingham medical team that treats children with gender dysphoria, testified that the medications are part of well-established standards of care. She said her clinic is one of about 55 such clinics across the country.

“This will force us into a place of risking a felony conviction for providing evidence-based care,” Ladinsky said of the impact on doctors. Ladinsky, who is not a plaintiff in the case, was testifying as a witness for families and other doctors challenging the law.

Hormones, she said, are only given to older teens after a lengthy evaluation and input from multiple medical professionals. She described seeing teens transform from being sullen, and sometimes suicidal, to confident individuals ready to “join the world in ways they haven’t done before.”

She testified that taking the medications away could cause an increase in mental health problems and suicidal thoughts in these youngsters. “That will take these youth to very dark places,” she said.

An attorney for the state of Alabama asked Ladinsky if teens were able to comprehend the risks of the treatments. She replied that there is a lengthy conversation with teens and their parents about possible risks.

The Alabama attorney general’s office, in defending the law, has argued that the treatments are motivated by ideology and that the science is unsettled. “If the court enjoins this act, Alabama children face irreversible damage from unproven, sterilizing, and permanently scarring medical interventions pushed by ideological interest groups,” lawyers for the state wrote.

Twenty-three medical and mental health organizations, including the American Academy of Pediatrics, have asked to file a brief in the case urging the judge to enjoin the law. “Gender-affirming medical care is the well-recognized, accepted standard of care for adolescents at risk of or suffering from gender dysphoria,” an attorney wrote in the motion.

Linda Hawkins, a counselor who co-founded the Gender and Sexuality Development Program at The Children’s Hospital of Philadelphia, testified that the treatments have shown clear benefits for children with gender dysphoria.

“It would be like removing somebody’s cancer treatment and expecting them to be OK,” Hawkins testified, according to news outlets, on the impact of taking the medications away.

A federal judge is hearing evidence on a request to block enforcement of the law while it’s challenged in court. The hearing will continue Friday. The judge has not indicated if he will rule before the law’s effective date.

A parent of a transgender child and another doctors, both plaintiffs in the case, were set to testify Thursday afternoon, and the judge closed the courtroom for privacy reasons. 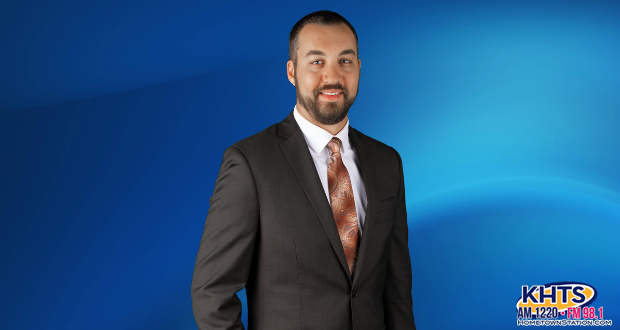