STATEN ISLAND, N.Y. — Amazon may have violated labor law in an attempt to dissuade Staten Island workers from unionizing, according to an Associated Press report.

On Friday, the National Labor Relations Board (NLRB) said it found merit in a charge from Staten Island’s Amazon Labor Union (ALU) that Amazon violated labor law by holding mandatory employee meetings that discouraged workers from unionizing, the report says.

While such mandatory meetings have been common in the past for large companies who oppose unionization, NLRB General Counsel Jennifer Abruzzo released a memo last month stating she believes the meetings are in contrast with existing labor laws and would attempt to have them outlawed.

“This license to coerce is an anomaly in labor law, inconsistent with the Act’s protection of employees’ free choice. It is based on a fundamental misunderstanding of employers’ speech rights,” said General Counsel Jennifer Abruzzo.

“I believe that the NLRB case precedent, which has tolerated such meetings, is at odds with fundamental labor-law principles, our statutory language, and our Congressional mandate. Because of this, I plan to urge the Board to reconsider such precedent and find mandatory meetings of this sort unlawful,” she continued.

Seth Goldstein, the attorney for ALU, referred to Friday’s decision as “a big victory,” while a representative for Amazon emphasized that such meetings are legal and conducted in good faith.

“These meetings have been legal for over 70 years,” an Amazon spokesperson said. “Like many other companies, we hold these meetings with our employees because it’s important that everyone understands the facts about joining a union and the election process itself.”

Now, the NLRB plans to issue a complaint against Amazon unless the company agrees to a settlement, according to the report. Should the company refuse to settle, it would result in an administrative court process where the case would be litigated by both parties.

In addition to the charge regarding mandatory employee meetings, the NLRB also found merit in a union claim that Amazon told employees they could be fired, or have their benefits withheld, should they vote to unionize, a claim that Amazon has flatly denied, the report says.

“These allegations are false and we look forward to showing that through the process,” Amazon spokesperson Kelly Nantel said in a statement.

The independent ALU won its election by a margin of 2,654 to 2,131, but union President Christian Smalls, who the company fired in March 2020 at the height of the pandemic, said their work had just begun.

Amazon fired Smalls after he led a walkout protest due to what he and other workers have described as unsafe conditions at the company’s Bloomfield facilities — a claim Amazon refutes.

“We went for the top dog, because we wanted every other industry every other business to know that things have changed. We gonna unionize…this is a prime example of the power people have when they come together,” Smalls said at the time.

Shortly after the vote was announced, Amazon issued a statement blaming the NLRB for interfering with the election, though the company didn’t offer specific details on which NLRB actions it objected.

“We’re disappointed with the outcome of the election in Staten Island because we believe having a direct relationship with the company is best for our employees,” the company wrote in their statement.

“We’re evaluating our options, including filing objections based on the inappropriate and undue influence by the NLRB that we and others (including the National Retail Federation and U.S. Chamber of Commerce) witnessed in this election.”

A week later, court documents showed that Amazon had accused the union of threatening employees unless they voted in favor of unionization, claiming that members “threatened employees to coerce them into voting yes,” “electioneered and interfered with employees waiting in line to vote” and “threatened immigrants with the loss of benefits if they did not vote [yes.]”

ALU attorney Eric Milner said they were confident the election would hold, and denied Amazon’s allegations of misconduct against the union.

“The standard to get to an objection hearing is extraordinary low,” he said earlier this week.

A hearing over the objections will be held later this month.

On May 2, the ALU lost its second Staten Island union election at the company’s LDJ5 facility, with 380 votes in favor of unionization and 618 against.

Smalls expressed disappointment in the outcome, but said the union would continue in its efforts, including a national meeting to be held with over 100 other Amazon facilities nationwide in late June.

“We’re going to continue to organize, and you know, these workers should be nothing but happy,” he said. “We are happy we made it here, but we are not happy with the results.”

Nantel applauded the workers’ decision at the LDJ5 facility.

“We’re glad that our team at LDJ5 were able to have their voices heard,” she said. “We look forward to continuing to work directly together as we strive to make every day better for our employees.”

On Friday, Smalls made his way to Washington D.C., where the union leader visited President Joe Biden in the Oval Office with other labor leaders just a few hours after testifying before the Senate Budget Committee.

Smalls joked on Twitter that the president told him that he’d gotten Biden in trouble, a likely reference to Biden’s remarks given to the North America’s Building Trades Unions in April, less than a week after the ALU won their union vote at Amazon’s JFK8 facility in Bloomfield.

“The choice to join a union belongs to workers alone,” he said April 6. “By the way, Amazon, here we come. Watch.”

White House Press Secretary clarified those statements shortly after saying that neither the president nor the U.S. government would be involved in unionization efforts when asked if he endorsed workers organizing at Amazon facilities.

Smalls said during his testimony before the Senate Budget Committee that organizations efforts could be aided if Congress passed the Protecting the Right to Organize (PRO) Act.

The PRO Act would expand workers’ rights and overturn some of the elements passed in the 1947 Taft-Hartley Act, which effectively crippled stronger unionization efforts seen in the early 20th century.

Sat May 7 , 2022
May 4th celebrates Star Wars, and May 5th is Cinco de Mayo. While not as popular, May 3rd still likely means a lot of different things to a lot of different people. But, in Mississippi, in 2022, May 3rd was a date circled on many calendars. As the first of several significant milestones set forth in […] 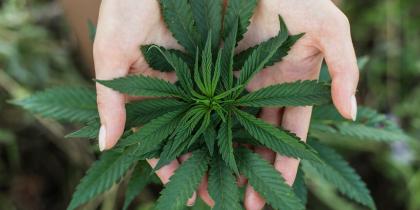