Welcome back to the Big Law Business column on the changing legal marketplace written by me, Roy Strom. Today, we hear from a Skadden associate, ALS patient and advocate who helped pass a law funding research to cure the disease. Sign up to receive this column in your inbox on Thursday mornings.

“I am actually living my dream,” Brian Wallach told me this month.

Those are powerful words from a man who less than two years ago told Congress he was diagnosed with “a death sentence.”

Wallach was given as little as six months to live in 2017 when doctors told him he has amyotrophic lateral sclerosis, better known as ALS, or Lou Gehrig’s disease. Now a Skadden associate, he was a 37-year-old assistant U.S. attorney in Chicago at the time of the diagnosis.

Of course, living with ALS wasn’t his dream. It has taken a lot from him—and will continue to. But he just accomplished something even he admitted he wasn’t sure he could pull off.

Two years after his diagnosis, Wallach told me he set a goal to raise $100 million toward ALS research through a patient-led advocacy group he co-founded, I Am ALS.

In December, he blew well past that goal—with the help of Congress and President Biden.

A bill he helped draft, the Accelerating Access to Critical Therapies for ALS Act, was signed into law, providing $500 million for ALS research over a five-year period.

What is inspiring to me about Wallach is how quickly he adjusted his mindset to the reality he faced. Setting new goals—and accomplishing them—is what lets him say he’s living his dream.

On Zoom this month, Wallach admitted he had a hint of doubt he could reach such an ambitious fundraising target. His wife Sandra said she was “terrified” he had stated the goal publicly.

“There was a part of me that was much bigger, that thought, if we don’t set the goal high, then we’ll never change this fight,” Wallach said. “So while it was ambitious to say that, it was purposely done to motivate me—the entire team at I Am ALS and the community—to push beyond what we thought was possible. And to make the impossible real.”

Sandra translated her husband’s strained speech to me during our conversation. The neurodegenerative disease that confined him to a wheelchair has also made it difficult for him to speak.

Brian Wallach testifies before the House Appropriations Subcommittee on Labor, Health and Human Services, and Education in April 2019.

Credit: I Am ALS

A challenge in ALS research advocacy is what Wallach has called “the churn” of the disease. With an average life expectancy of two to five years after diagnosis, advocates often don’t live long enough to see their impact.

Wallach and his wife were well-connected to take on the challenge. The two met working on Barack Obama’s 2008 presidential campaign. Wallach worked as a White House Counsel during Obama’s presidency. They understood how Washington works—and the impact ALS patients could make if they banded together.

He worked to build support for the legislation in Congress by sharing his personal story. Countless other ALS patients did the same—reaching out to Congress members to garner support for the bill, and targeting lawmakers with personal connections to the disease.

“I will not see my daughters grow up,” Wallach said in testimony before a House subcommittee in 2019. His children were 1 and 3 at the time.

At the signing ceremony, Biden spoke about Wallach’s effort to “turn his pain into purpose.” Wallach attended the ceremony virtually. 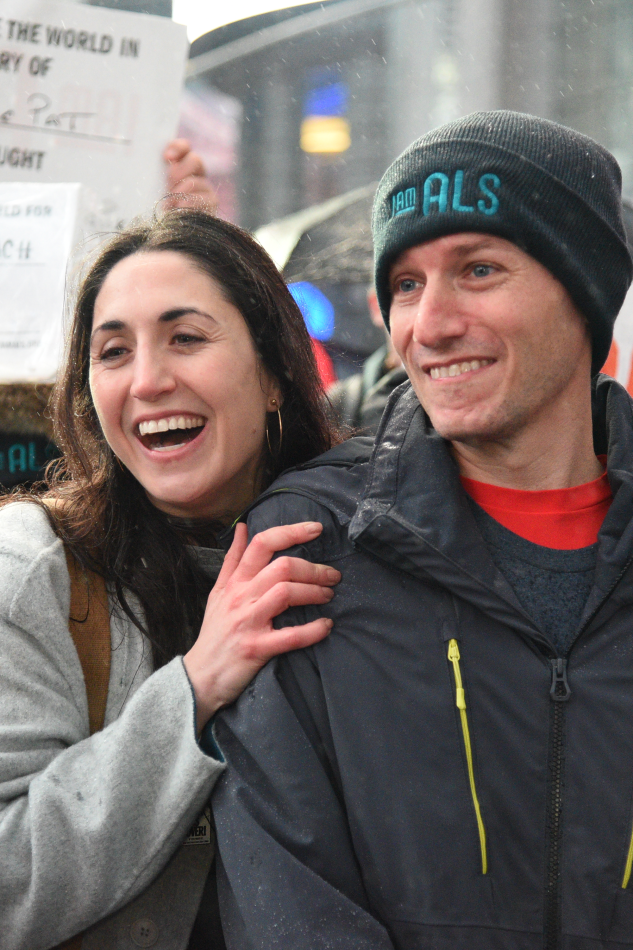 Now in his second stint as an associate at Skadden, Arps, Slate, Meagher and Flom in Chicago, Wallach still practices law. He recently handled legal matters that included a voting rights case in Illinois, and he helped people gain access to medical care.

He said it is “an amazing gift” to stay engaged in something other than the ALS fight.

And he has a message for other Big Law lawyers: He wants your help.

One of his goals this year is to develop a community of lawyers, through I Am ALS, that will provide pro bono legal services to patients with ALS and other diseases. The patients need help with insurance issues, estate planning or accessing disability benefits.

Wallach has already garnered support from lawyers that have a personal connection to the disease. But he wants to expand beyond that.

It’s an example of the strategy he used to advocate for ACT for ALS: Bring together people who have been affected by ALS to show them it cuts across every dividing line. Each year, about 5,000 people learn they have ALS, according to the Centers for Disease Control.

“To make progress real we have to also have a community that believes it can make a difference,” Wallach said. “That is what I hope our example is helpful to show. People can make change happen if they fight hard enough for it.”

Steve Hackney, a partner at Kirkland & Ellis, has a personal connection to ALS. His father was diagnosed in 2006 and died from the disease. After Hackney met Wallach, he started making monthly donations to I Am ALS, motivated to see what type of difference a long-standing community could make.

Hackney said Wallach has helped put in place the type of legislative and financial structure that could lead to a cure. He called Wallach’s efforts “remarkably constructive and selfless.”

The looming threat of an ALS diagnosis is real to someone like Hackney, the son of a person with ALS, often referred to as a pALS. As many as 10% of cases are believed to be inherited.

“The increased funding is unlikely to change Brian’s life,” Hackney said. “But it’s highly likely to change the life of some future pALS that doesn’t even know they will one day get it.”

“The future pALS Brian saves could be me.”

On Lawyers: Bloomberg’s Dana Hull profiled Larry Organ, the California civil rights lawyer who represents Black workers in a fight against what they say is a racist work environment at Tesla Inc.’s factory. Organ’s victory securing a jury award of $137 million is the largest of its kind for a race case in U.S. history, Hull reports.

That’s it for this week! Thanks for reading and please send me your thoughts, critiques, and tips.

Sat Feb 5 , 2022
FORT WORTH, Texas, Feb. 3, 2022 /PRNewswire/ — Fort Worth family law attorney V. Wayne Ward was selected to the 2021 Texas Super Lawyers list. This is an annual designation given to top-rated attorneys in the state as determined by their peers. For Wayne Ward, this is his 12th consecutive […] 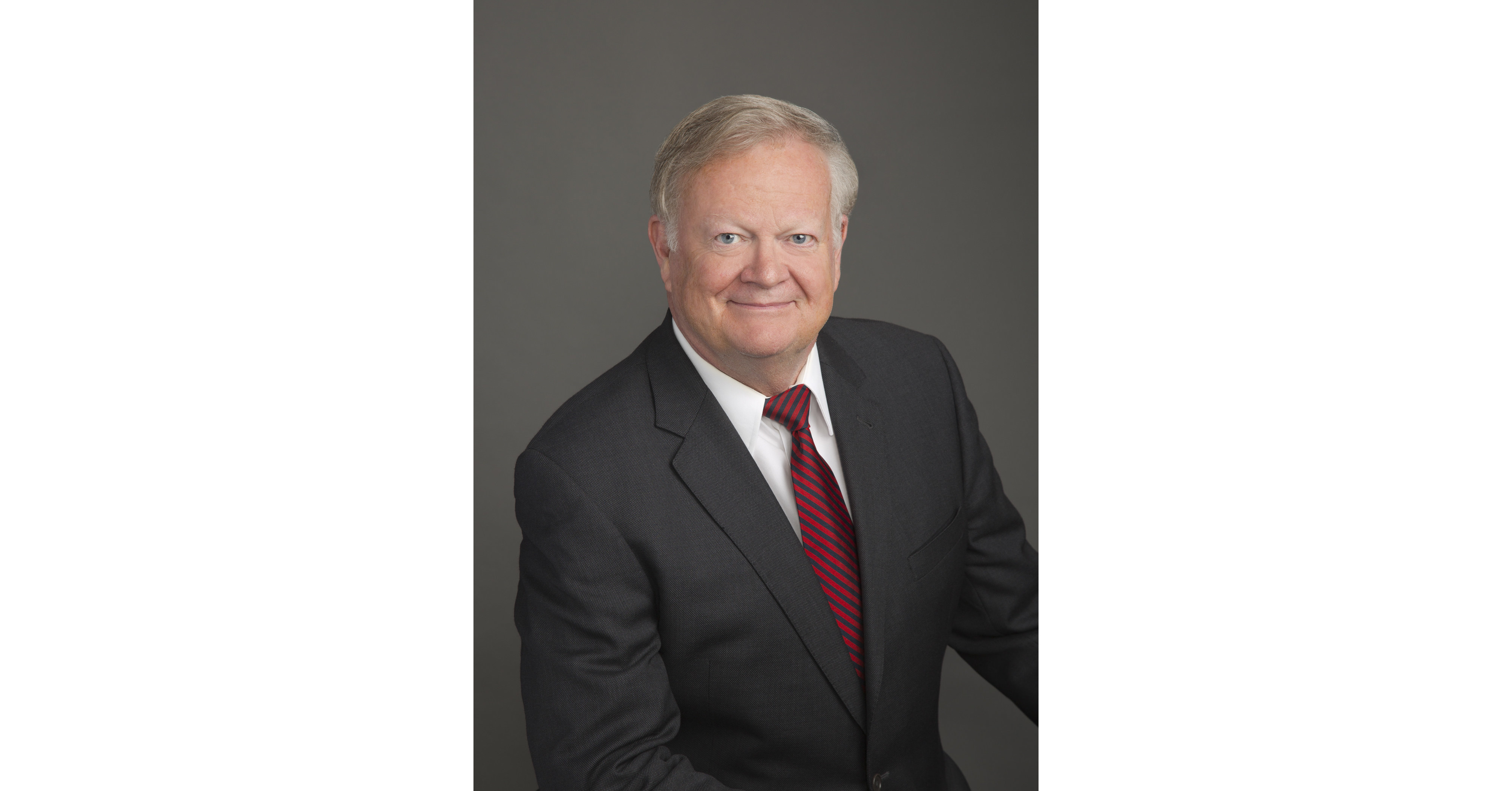