More than 60 major businesses, including household names in technology and retail, have signed onto a new advertising campaign in Texas protesting a move by the state’s governor to label as “child abuse” medical treatments that are widely considered to be the standard of care for transgender teenagers.

In digital ads and a full-page advertisement in Friday’s Dallas Morning News, the businesses assailed a Feb. 22 directive by Gov. Greg Abbott, a Republican, requiring teachers and medical professionals to report to child protective services parents who are helping their children get such treatments as puberty-suppressing drugs and hormones.

Mr. Abbott’s order — announced a week before the Texas primary, in which he won nomination for another term as governor — came as lawmakers in Florida have also moved to advance a bill banning instruction about sexual orientation or gender identity in some elementary school grades, widely called the “Don’t Say Gay” bill.

Both measures are part of a wave of anti-L.G.B.T.Q. crackdowns by conservative politicians heading into the midterm elections.

“It’s a page from the playbook that we’ve seen before, and it’s very familiar to me,” said Jay Brown, a senior vice president for programs, research and training at the Human Rights Campaign, the nation’s largest L.G.B.T.Q. advocacy organization, which arranged for the Texas ads.

“Discrimination is bad for business,” Friday’s print ad says, followed by a demand that Mr. Abbott drop the new policy.

The signatories include old blue-chip brands like Johnson & Johnson and Macy’s as well as tech giants like Apple, Meta and Google, the apparel makers Levi Strauss & Co. and Gap Inc., and retailers like Ikea and REI.

“Our companies do business, create jobs, and serve customers in Texas,” the ad says, adding that the companies “have stood to ensure LGBTQ+ people — our employees, customers, and their families — are safe and welcomed in the communities where we do business.”

“The recent attempt to criminalize a parent for helping their transgender child access medically necessary, age-appropriate healthcare in the state of Texas goes against the values of our companies,” the ad continues. It warns that the policy could instill fear among parents of transgender children worried that providing them the best possible medical care could “risk having those children removed by child protective services.”

“It’s not just wrong, it has an impact on our employees, our customers, their families and our work,” the ad concludes.

An opinion and an order. Attorney General Ken Paxton recently issued an opinion stating that providing treatments like puberty-suppressing drugs to transgender teenagers should be investigated as child abuse. Shortly after, Gov. Abbott reaffirmed the notion in a letter to state health agencies.

The effort by businesses to pressure the state recalls the response after North Carolina officials passed a bill in 2016 requiring people to use public bathrooms appropriate to the sex listed on their birth certificates.

Whether there will be a more aggressive response from businesses to the Texas measure or others like it remains to be seen.

“I think the community has been really hungry for more,” Mr. Brown said, adding, “We really do see that this is the beginning and not the end of more voices speaking out against these laws.”

Mr. Brown said that Texas lawmakers had caused intense fear among families of transgender youths, who he said were some of the most vulnerable people with the fewest legal protections.

“People are really scared,” he said. “I know families who have had to move hundreds of miles from their homes because their lawyers are telling them it’s not safe in the country they live in, in Texas. The lawmakers who do this, they’re making a short-term wager with their extremist base that they’re going to score a couple points at the risk of people’s lives.”

Sun Mar 13 , 2022
The Ontario Superior Court building in Toronto on Jan. 29, 2020.Colin Perkel/The Canadian Press An Ontario judge has created a new legal claim of “family violence” in divorce cases, opening the door to large financial awards and bitter litigation despite the no-fault rules in place across Canada in family disputes. […] 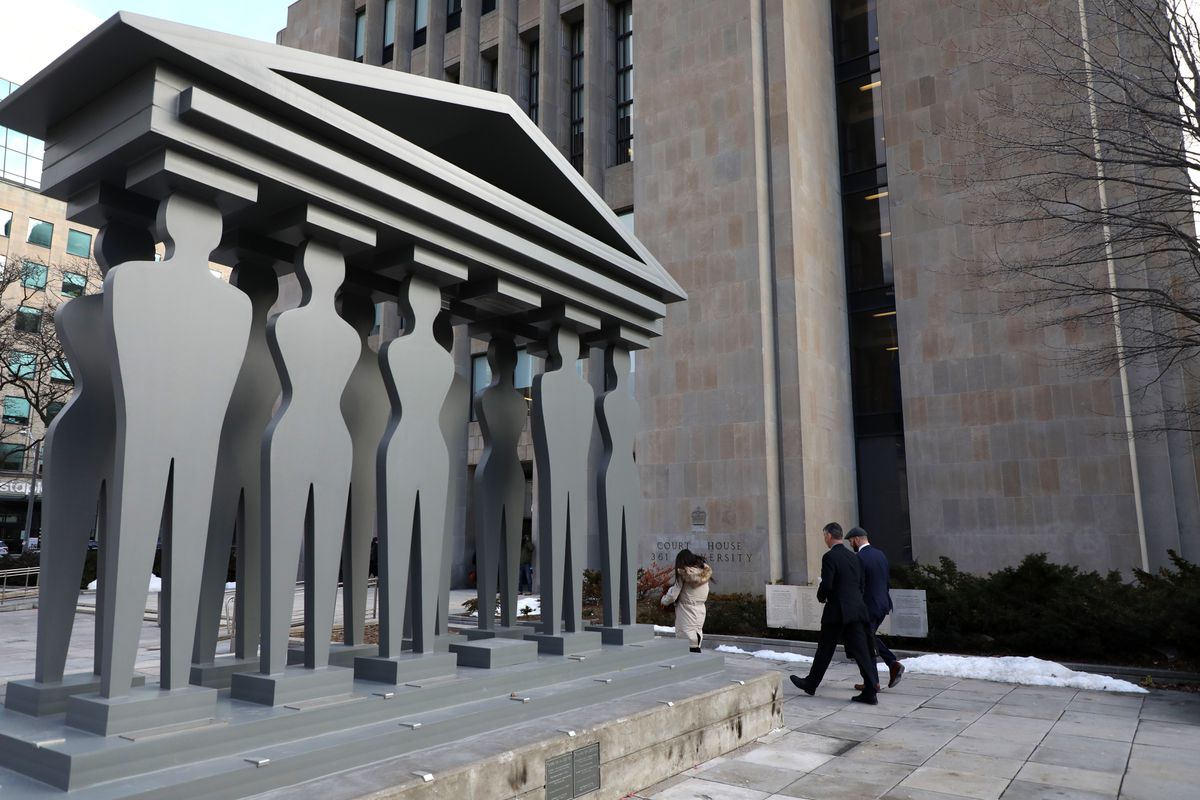