On September 14, the Cyberspace Administration of China (CAC), China’s top cybersecurity body, released new amendments to the 2017 China Cybersecurity Law. The amendments were released along with a brief explainer, which stated that the amendments seek to make the law consistent with several new laws that have been released since the Cybersecurity Law came into effect in 2017. These are the Administrative Punishment Law, the Data Security Law, and the Personal Information Protection Law (PIPL), all of which were revised or implemented in 2021.

Almost all of the amendments change the scope and severity of penalties for violating certain provisions, and therefore do not make any changes to the legality of various types of behavior or activity prohibited by the Cybersecurity Law. The amendments also do not reduce the responsibilities of network operators to protect their networks, data, and users.

The amendments to the Cybersecurity Law therefore seek to improve consistency between these new laws and regulations, improve legal liability, and further improve cybersecurity in China.

What are the proposed changes to the China Cybersecurity Law?

The amendments to the Cybersecurity Law cover four main aspects, as explained by the CAC.

The second is to revise the legal responsibility system for the security protection of critical information infrastructure (CII). In order to strengthen the responsibility for the security protection of CII, the penalties for illegal acts by critical information infrastructure operators (CIIOs) have been raised.

Finally, the relevant articles of the Cybersecurity Law have been revised to be more consistent with the provisions of the PIPL and provide better protection for personal information (PI).

Below we outline the specific amendments to the Cybersecurity Law, covering the rise in fines for violations of certain provisions and the updates for consistency with other regulations.

The amended Cybersecurity Law raises the fines for violations of over a dozen articles. Previously the headline fine for violating one of these articles was previously RMB 500,000 (US$71,360), and in one instance, up to 10-times the amount of the value of the illegal products purchased by a company. In the amended version, the headline fine is RMB 1 million (US$142,720) or up to 5 percent of the previous year’s turnover for certain serious violations.

The penalty for the individuals held directly responsible for the violations has also increased, from a maximum of RMB 100,000 (US$14,272) to RMB 1 million for certain serious violations.

In addition to the above fines, companies found to be in violation of the listed articles may also be liable for other punishments. This includes suspension of relevant businesses, the shutdown of websites or other services, revoking of business licenses, and other such administrative penalties. Individuals that are held directly responsible for the violations may also be barred from taking up a senior role in the company or industry or be barred from working in the industry again if the violations are deemed particularly egregious.

Updates for consistency with other regulations

In two of the amended articles, the CAC removed clauses stipulating specific punishments for violations of certain articles of the Cybersecurity Law and instead added the sentence “punishment in accordance with relevant laws and administrative regulations.” Although the amended articles do not specify exactly which regulations or provisions the law defers to in the case of these violations of these articles, we can deduct from the type of violation which laws it is referring to.

In the case of violations of Paragraph 3 of Article 22 and Articles 41 to 42, the relevant provisions for penalties can be found in the PIPL and the Data Security Law. Violations of the PIPL can result in a fine of up to RMB 50 million (US$7.1 million) or up to 5 percent of the previous year’s turnover for serious violations. Companies may also be liable for lawsuits by consumer groups should they violate consumers’ rights.

The requirement for CIIOs to store data and PI collected from users and subjects in China within China’s borders has been stipulated in several pieces of legislation, including the PIPL (Article 36) and the Measures for the Administration of Data Security in the Field of Industrial and Information Technology sectors (Trial) (Article 21). Violating this provision of the Cybersecurity Law, under the new amendment, could therefore now lead to penalties under these laws and regulations, which include fines of up to RMB 50 million, confiscation of illegally obtained assets and income, and investigation for criminal responsibility.

What is the significance of the amendments to the China Cybersecurity Law?

However, this case is likely to be an outlier due to the size of the company involved, the broad scope of violations, and the size of the fine. The majority of cybersecurity cases are likely to be among smaller companies that may not receive as much media attention, but which nonetheless have much to lose in the case of a penalty.

The latest amendments, if passed in their current form, would significantly raise the stakes for smaller companies, as the headline fines for both the companies and individuals involved have been increased. Compliance with the Cybersecurity Law, and China’s other data and PI protection regulations, will therefore only be more important than ever.

China Briefing is written and produced by Dezan Shira & Associates. The practice assists foreign investors into China and has done so since 1992 through offices in Beijing, Tianjin, Dalian, Qingdao, Shanghai, Hangzhou, Ningbo, Suzhou, Guangzhou, Dongguan, Zhongshan, Shenzhen, and Hong Kong. Please contact the firm for assistance in China at [email protected]

Burbank Divorce Lawyer Reveals 5 Ways to Save Big on Divorce

Sat Sep 24 , 2022
Stephen L. Cawelti: Stephen is a board certified family law attorney based out of Burbank. He has acted as the lead attorney on hundreds of divorce cases and argued before the Los Angeles, Orange, Riverside, San Bernardino and Ventura County Superior Courts. Stephen was voted by Pasadena Magazine as one […] 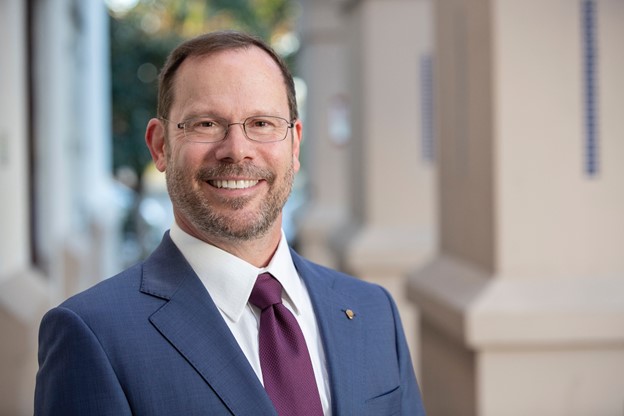