NEW ORLEANS–(BUSINESS WIRE)–This week, as legal and judicial elites gather in New Orleans for the Tulane Corporate Law Institute, Citizens for a Pro-Business Delaware (CPBD) has launched a paid media campaign in New Orleans to draw attention to corruption and racial disparities in America’s courts and legal system.

On March 17 – 18, 2022, justices from Delaware’s Supreme Court and Court of Chancery, counsel from elite corporate law firms, and Wall Street investment bankers will gather for Tulane’s 34th Annual Corporate Law Institute. As the legal community descends onto New Orleans, CPBD is leveraging the moment to advocate for more diversity on courts and to draw attention to the endemic corruption of the legal industry. The campaign includes ads online, in print, and on mobile trucks across New Orleans, as well as a letter from Reverend Al Sharpton to conference attendees.

“This is hypocrisy, plain and simple. Delaware’s notoriously all-white Chancery and overwhelmingly white judicial and legal elites are heading down to New Orleans – an iconic city known for embracing diversity and celebrating Black culture and history – to hobnob with fellow elites,” said Chris Coffey, Campaign Manager for Citizens for a Pro-Business Delaware. “Quite frankly, until Delaware Courts, specifically the Court of Chancery, reckon with their utter dearth of diversity – not to mention some of their shady ties to law firms like Skadden Arps, which continues to profit from its representation of Russian oligarchs – they have no business partaking in a prominent corporate legal conference. And we’re making sure they remember that and, hopefully, do something about it.”

Many of the ads feature Rev. Al Sharpton, Martin Luther King III, and Pastor Blaine Hackett, who recently called on Delaware’s Governor John Carney to nominate a black justice to the state’s all-white Chancery Court. Along with CPBD, these renowned civil rights activists have advocated for courts in Delaware and Louisiana, as well as across the country, to reflect the people they serve. In New Orleans, 60% of the population is Black, but only one Black justice sits on the Louisiana Supreme Court. Similarly, in Wilmington, 58% of the population is Black but Delaware’s Chancery Court is entirely white.

CPBD’s ads also call attention to connections between Delaware courts and Skadden Arps, a law firm that recently came under fire for serving Russian oligarchs. Skadden has been awarded millions of dollars in contracts and no-bid legal fees from Delaware’s Government and Court of Chancery to act on behalf of the state in adjudicating legal disputes. Citizens for a Pro-Business Delaware has urged Delaware’s state courts and government to sever all ties with Skadden Arps in light of its troubling ties to Russian oligarchs.

Citizens for a Pro-Business Delaware is a group made up of more than 5,000 members including employees of the global translation services company TransPerfect, as well as concerned Delaware residents, business executives and others. They formed in April of 2016 to focus on raising awareness with Delaware residents, elected officials, and other stakeholders about the unprecedented, forced sale of TransPerfect. While their primary goal of saving the company has been accomplished, they continue their efforts to fight for more transparency in the Delaware Chancery Court. For more information on Citizens for a Pro-Business Delaware or to join the cause, visit DelawareForBusiness.org.

Tue Mar 22 , 2022
Westchester County divorce lawyer Juan Luciano (https://divorcelawfirmnyc.com/westchester-divorce-lawyer/) releases a new article explaining family law and divorce in New York. The lawyer mentions how divorce can be stressful for people and can also cause emotional turmoil. This is why attorney Luciano emphasizes the importance of having a lawyer who is compassionate […] 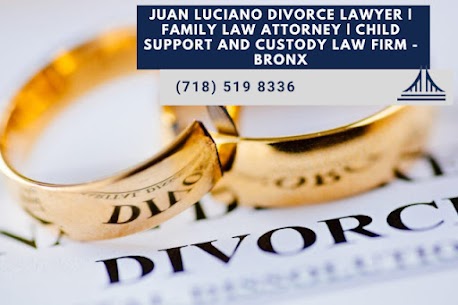