An exciting new course at Georgia State University College of Law will give students an opportunity to learn the legal ins and outs surrounding the career of global businessman, philanthropist, entertainer, actor and author Steve Harvey.

Steve Harvey is the subject of the third installment of the “Legal Life of…” course taught by Entertainment, Sports & Media Law Initiative director, Professor Mo Ivory. The Legal Life of Steve Harvey will give students a real-world look into legal concepts like client representation, writing and interpreting contracts, negotiating deals, and the personal touch it takes to be successful in the entertainment practice area — all through the lens of Harvey’s career.

“Steve Harvey has the most amazing career in every single facet of the entertainment industry from comedy, television, movies, books, hosting everything, and now to investing, philanthropy and apparel,” Ivory said. “He’s a dream subject for students to learn the legal representation of a mega-superstar.”

Steve Harvey began his career as a comedian and has since expanded his entertainment empire. He created the new television show for ABC, “Judge Steve Harvey,” and hosts multiple additional shows including “The Steve Harvey Morning Show,” “Steve on Watch” and “Family Feud.” He is a six-time Daytime Emmy Award winner and a bestselling author for his book “Act Like a Lady, Think Like a Man.”

In 2017, Harvey founded Steve Harvey Global, an entertainment company that houses his production company East 112 and various other ventures. A total of 178 million U.S. viewers welcome Steve Harvey into their homes on a yearly basis — that’s more than 55 percent of the U.S. population.

“I am grateful that my career was chosen to be the focus for this course,” Harvey said. “I am engaged on so many projects from television to business deals and everything else in between. My chief legal officer, Brandon Williams, and my team ensure that my interests are protected with each new venture. I want all aspects of my career to be used to educate the next generation of entertainment lawyers.”

“To give law students here in Atlanta the advantage of an inside view of one of the most dynamic careers in the industry is both personally and professionally rewarding,” said Williams, a Morehouse and Emory Law alum. “Across Mr. Harvey’s career he has thought from the perspective of what can be, not what already is, and that visionary thinking is reflected in the legal structures of his groundbreaking deals. This is just the latest example of how Mr. Harvey is providing life-changing opportunities through education,”

Created by Professor Ivory, the “Legal Life of…” course series began in 2019 and has to date studied the careers of Ludacris and Kandi Burruss. The course is a core piece of curriculum in the Entertainment, Sports, & Media Law Initiative because it follows a core mission to give students hands-on, practical experience learning about legal representation of clients through the career of entertainers they know and follow.

“The legal and business concepts I teach, like how to negotiate a daytime TV show contract or a management deal, will be taught through the lens of Steve Harvey’s career, through his various representatives, so we are able to jump deep into the legal concepts with the people who made the deals happen,” Ivory said. “You can’t imagine how much students learn when they are excited and connected to the curriculum.”

He currently hosts the iconic game show “Family Feud,” as well as its spinoff, “Celebrity Family Feud.” Through his production company, Harvey beginning in 2019 acquired the rights to produce “Family Feud Africa” which he also hosts. His nationally syndicated radio show, “The Steve Harvey Morning Show,” is the most listened-to morning show in America. Harvey made history when he moved his talk show “Steve” to Facebook Watch in 2019. Additionally, Harvey hosts the MISS UNIVERSE® pageant, “NFL Honors” and major broadcasts around the world.

In 2017, Harvey launched Steve Harvey Global (SHG), uniting his various businesses under one roof and one vision. Reflective of his personal brand, SHG creates and delivers entertaining, motivational content, products and experiences to audiences everywhere. The platform has propelled many of today’s emerging technology and entertainment companies. SHG also invests in global ventures focused on technology, education and entertainment. As a values-based investor, SHG strives to enhance communities and individual lives through its investments and partnerships rooted in a disciplined approach focused on generating results. For more about Harvey, visit www.steveharvey.com. 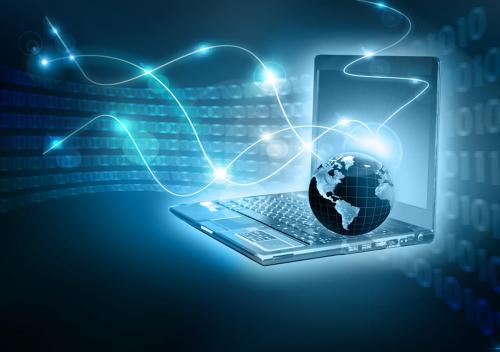