Welcome to Court Crawl, Colorado Politics’ roundup of news from the third branch of government. In the final weeks of 2021, the state Supreme Court clarified some aspects of criminal law, while national attention focused on the lengthy sentence of a truck driver who was found guilty of killing four people.

•  The high court created a sticky situation in 2020 when it decided that trial court judges were mistakenly sentencing people for felony drunk driving offenses when, in fact, juries had not been presented with all of the evidence needed for a felony conviction. As DUI appeals were returning to the lower courts, the question was: Could prosecutors try again to get a felony conviction for the same offense? The answer, according to the Supreme Court, is yes.

• “We are very disappointed that the court did not uphold the very basic and old principle of law that the state should only be able to take one shot at getting a conviction.” —Colorado Criminal Defense Bar

•  Also, the court decided that a Mesa County man’s conduct after he was placed in handcuffs could not be used against him to prove that he was resisting arrest.

•  Finally, at least three of the seven justices agreed to hear two cases involving the same basic legal question: How old do child victims have to be for judges to admit as evidence any statements they give to investigators outside of the courtroom?

•  A fiery crash in Lakewood on April 25, 2019, resulted last month in truck driver Rogel Aguilera-Mederos receiving a 110-year prison sentence. A jury found him guilty of vehicular homicide for killing four people and state law prescribed the sentence, to the trial judge’s frustration. That prompted a national outcry for Gov. Jared Polis to reduce the sentence, with an online petition blaming the trucking company for the accident. (There are five million signatures as of Monday.)

•  In response, First Judicial District Attorney Alexis King, whose office made the charging decisions that resulted in the sentence to begin with, took the unusual step of requesting a reconsideration of Aguilera-Mederos’ sentence. Aguilera-Mederos’ defense lawyer viewed the request as the product of “pressure in the media.”

•  The result was a resentencing hearing scheduled in Jefferson County for Jan. 13. But in the meantime, Polis, in issuing pardons and commutations, reduced Aguilera-Mederos’ sentence to 10 years. “You were sentenced to 110 years in prison, effectively more than a life sentence, for a tragic but unintentional act. While you are not blameless, your sentence is disproportionate compared with many other inmates in our criminal justice system,” he wrote to Aguilera-Mederos.

•  Meanwhile, King, who was seeking 20-30 years, wasn’t happy: “We are meeting with the victims and their loved ones this evening to support them in navigating this unprecedented action and to ensure they are treated with fairness, dignity, and respect during this difficult time,” she said.

•  In an interview with Colorado Politics, Chief Judge Gilbert M. Román of the state’s Court of Appeals opened up about the court’s caseloads, challenges and initiatives. Román, who is the first Latino chief judge of Colorado’s intermediate appellate court, is brand new in the top position, having served as a judge on the court since 2005. Here is an excerpt from the interview:

CP: You mentioned the increase in the size of the court. After 2024, Colorado will have a 23rd Judicial District covering Douglas, Elbert and Lincoln counties, and I believe you will also have a 23rd member of the Court of Appeals. Will this be a major development?

Román: Well, we will still have 22 members of the court. We are participating, in 2023, in a weighted caseload study. They use that to determine the need [for more judges]. What they’ve done in the past is bring in three new judges and staff all at once.

But we don’t know until we see what the study shows. Everybody on the court tracks their time, then a report is presented to the General Assembly with a recommendation for whether to create new judges.

CP: So, what you’re saying is that in 2025, we could have 23 judicial districts in Colorado, but still have 22 members or potentially 25 members of the Court of Appeals.

It’s important to remember that we sit on panels of three, so we’re also responsible for reading the cases our panel colleagues are involved in, plus reading the relevant record and caselaw. So, on average, every judge has around 200 opinions per year at the Court of Appeals that they’re involved with.

CP: Has that gone up during your time there?

Román: It’s gone down, actually. When I started, it was closer to 90 opinions per judge.

•  The governor has three names to choose from to fill a vacancy in the Fourth Judicial District (El Paso and Teller counties). The district court appointee will succeed Timothy J. Schutz, who is now a judge on the Court of Appeals. The candidates are Diana May and Amanda Philipps of Colorado Springs, and William Moller of Woodland Park.

•  There will be a vacancy effective March 7 on the Routt County Court. Applications to succeed Judge James H. Garrecht are due by January 18.

•  In the Sixth Judicial District of Archuleta, La Plata and San Juan counties, applications are due by January 20 for the seat of retiring District Court Judge William L. Herringer.

• A former medical contractor for the Fremont County jail may be held liable for the suicide of a detainee last year, after its employees allegedly ignored several red flags and didn’t get psychiatric help for the deceased.

• Pueblo County’s sheriff and two deputies may be sued for reportedly using excessive force and lying about the reason for pulling over a woman during a traffic stop, a federal judge ruled.

• There is no ability under federal law, a judge decided, for a hemp producer to sue Denver police for confiscating his hemp plants while traveling through the airport, on suspicion that they might be marijuana.

• A magistrate judge felt pretty confident that Aurora police violated a couple’s constitutional rights by entering their home without a warrant. But because it wasn’t clearly established what officers should have done, they received immunity.

• A federal judge improperly rejected an inmate’s request for medical intervention without explaining his legal reasoning, the U.S. Court of Appeals for the 10th Circuit ruled.

• Construction contractors must show why they have standing to challenge Denver’s vaccination mandate for certain private-sector workers, a judge ordered.

• Colorado’s new protocols for regulating billboards do not run afoul of the First Amendment, according to a judge.

• Jail detainees in Denver are suing the city over its COVID-19 protocols, and a federal judge has suggested mediation given the complexity of the subject matter.

Wed Jan 12 , 2022
Amid growing awareness of inequality and jobs that don’t pay enough to cover child care and housing, California is considering a radical proposal: Allow the state to negotiate wages, hours and work conditions for an entire industry. Proponents in the state Legislature say one solution to inequality is to empower […] 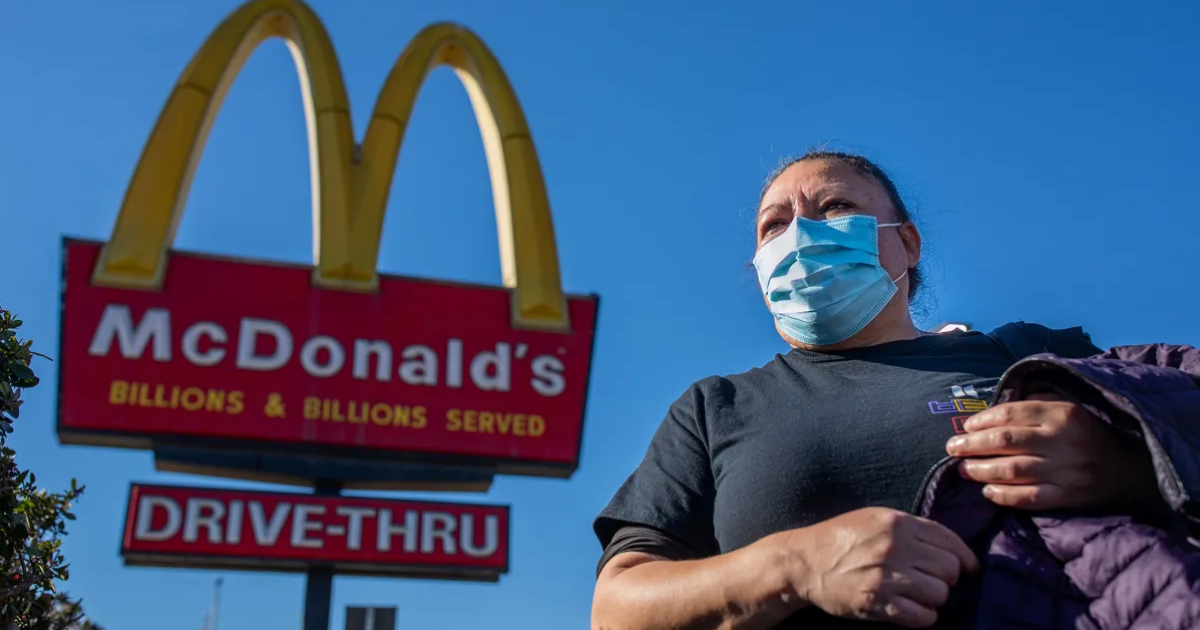