Rutgers University–Camden professor elucidates the federal charge connected to the congressional inquiry into the Jan. 6 attacks on the U.S. Capitol

In the ongoing congressional inquiry into the Jan. 6 attacks on the U.S. Capitol, Stephen Bannon, a former adviser to President Donald Trump, has been indicted on a criminal contempt of Congress charge for refusing to testify before the congressional committee. Two others from Trump’s administration who also have resisted testifying may be charged. What does it mean to be charged with criminal contempt of Congress, which is a misdemeanor under federal law? Anthony Grasso, an assistant professor of political science at Rutgers University–Camden whose research focuses on inequality and the development of American law, with a particular focus on criminal justice, explains and puts it in perspective.

What does it mean to be charged with criminal contempt of Congress? 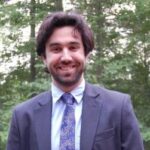 Anthony Grasso: What we are seeing for Stephen Bannon, and possibly Jeffrey Clark and Mark Meadows, is a citation for criminal contempt of Congress. The “criminal” qualifier is the distinctive part; this is a charge through criminal law. Congress has this power through a statute passed in 1857. The law authorizes a congressional committee to recommend contempt charges to the full chamber, and then the full chamber votes on whether to issue the contempt citation. If a majority votes to do so, the chamber refers the contempt citation to the Justice Department to initiate a criminal prosecution. This can result in a sentence of one to 12 months behind bars and a fine of up to $100,000 if convicted. This is punitive and is designed to punish recalcitrant witnesses and deter resistance from other targets of a congressional inquiry.

How common is the charge? Are there instances that can put these recent cases in perspective?

AG: Importantly, Bannon was actually charged by the Department of Justice and was indicted. This is exceedingly rare. Congress can make citations for criminal contempt—seven times from 2007 to 2021—but this does not mean the Justice Department will act on the referral and bring charges. The last instance in which someone was tried for criminal contempt was in 1983. The defendant was Rita Lavelle, an EPA official who refused to answer questions about her alleged misuse of EPA funds. (She was acquitted of her contempt charge, but served six months for lying to Congress). The last time anyone was convicted for criminal contempt of Congress was in 1974, when Richard Kleindienst and G. Gordon Liddy—key figures in the Watergate scandal—pleaded guilty to criminal contempt for refusing to answer Congress’s questions.

Why are criminal contempt of Congress trials so rare?

AG: In the past, after a committee recommended charges or a chamber made a referral, an individual would typically move to cooperate. The threat of charges was usually enough to compel compliance with DOJ action. But more recently, polarized politics has distorted this dynamic. Consider that in 2019 a Democratic controlled House of Representatives issued criminal contempt citations for Attorney General William Barr and Secretary of Commerce Wilbur Ross. These went nowhere, but it was not because they complied. It was because the Trump Administration and Barr’s own DOJ were never going to pursue criminal contempt referrals of their own officials brought by a Democratic House. This rendered those citations symbolic acts of censure from the House.

However, in 1974 and 1983, the contempt cases involved a Democratic congressional chamber recommending charges and a Republican DOJ prosecuting. Such bipartisan cooperation seems impossible today. The reason we are seeing action against Bannon is because there is shared Democratic control of the House and Executive Branch.

How long will it take for these cases to come to trial?

AG: These contempt cases are dragging out. Although Bannon’s trial has been scheduled for July, he may try to delay it further. If those tactics work, his trial may not be resolved until after the 2022 midterms. If Republicans take control of the House in 2022 and dissolve the Jan. 6 committee, the body holding him in contempt would no longer exist, offering him a basis to possibly claim that the charges should be dismissed as moot.

Are there other forms of contempt of Congress charges, and could they apply here?

AG: Yes. There are two others. One is civil contempt, in which a committee in the Senate brings a lawsuit to get a court to enforce a subpoena. Only the Senate has civil contempt power, having last used it in 2016. Another is Congress’ “inherent contempt” power. This power is not in the Constitution, but the Supreme Court has ruled that both chambers of Congress can have the chamber’s Sergeant at Arms bring someone to the chamber to be tried for contempt and face detainment at the Capitol. This is neither a civil nor criminal charge; inherent contempt is political, and it has been unused since 1935. Some, however, suggest that Congress should revive its “inherent contempt” powers in Bannon’s case. Through this route, the House would arrest Bannon and other recalcitrant witnesses, try them in the chamber and detain them at the Capitol if convicted.

People who support this think it would be quick and decisive, but I believe it is unlikely to be revived. Inherent contempt would require the House to run the entire process—arrest, trial and detainment—themselves. Rather than bear full political risk of handling all of that, I imagine Congress will continue to prefer offloading the burden of prosecution onto the Justice Department through criminal contempt.

Mon Dec 13 , 2021
In a closely watched decision last month, the National Labor Relations Board (NLRB) ruled that Amazon had cheated in order to defeat a high-profile union organizing campaign: the company violated federal labor law during its anti-union campaign at a warehouse in Bessemer, Ala., earlier this year and thus will soon face a do-over election. The NLRB attacked Amazon’s “flagrant […]