The Walt Disney Company has always meant to evoke happiness and magic.

But the company is at the center of an ugly cultural and political battle because of its response to the GOP’s new Parental Rights in Education law in Florida, where Disney employs some 60,000 workers.

Opponents call the law “Don’t Say Gay” because it restricts instruction on sexual orientation or gender identity in schools and bans it in kindergarten through third grade. LGBTQ advocates also argue the law could lead to teachers outing their students.

The new law forced Bob Chapek, who’s been the CEO of Disney since 2020, to step into the fracas — and he faced a storm of criticism over his statements about the law and their timing. Experts say the way he handled the company’s response to the law is a lesson for business leaders to be proactive and deliberate about social-justice issues.

“I think that they didn’t please anyone,” said Rodell Mollineau, a cofounder and partner at Rokk Solutions, a bipartisan public affairs and strategic communications agency in Washington, DC. “They moved too slowly on the front end and then there was awkward execution on the back end.”

Critics said Chapek appeared to take a stand on LGBTQ rights only after outrage from employees and consumers, something that seems at odds with the company’s purpose, outlined on its website, to “amplify underrepresented voices and untold stories and champion a multitude of perspectives.”

To many employees and consumers, Chapek appears reactionary, business professors and consultants said. And he faces the wrath of Florida Republicans; Disney will be losing its special tax status in the state.

A Disney spokesperson did not immediately respond to a request for comment.

Disney’s mishap is emblematic of an issue that leaders are wrestling with: figuring out their new role in society as ushers of profit and social fairness. The professors and consultants said that instead of avoiding social issues, leaders must be prepared to take bold stands on those that are relevant to their stakeholders.

Experts suggested business leaders work with employees and consumers to identify human-rights issues that are important to them so they can be proactive. They also said CEOs should better incorporate social issues in their companies’ core strategy and be prepared to communicate more often on these issues.

“This is not going away, and it’s not just about LGBTQ rights,” said Martin Whittaker, the CEO of Just Capital, a research nonprofit and business consultancy. “There’s a broader shift that’s happening. It’s about what role business plays in society.”

Rokk Solutions pointed to Harris/JUST Capital polling from June 2020 that found that 72% of consumers indicated they would “remember the companies that took missteps in their response to the issues related to the COVID-19 pandemic, economic security of their workforce, or racial injustice long after this is over.” But 82% indicated they thought that “this is an opportunity for large companies to hit the ‘reset’ button and focus on doing right by their workers, customers, community and the environment.”

Steve Rochlin, the CEO and founder of Impact ROI, a sustainability firm, said that many companies are committed to environmental, social, and governance work but aren’t synchronizing it with their public-policy work. And they’re facing pressure from activists who expect these agendas to be aligned.

“This is literally terra nova for a lot of these leaders,” he said. “So it’s a very, very tricky situation.”

Speak out — or risk your reputation

The old way of conducting business was, by and large, to stay silent on controversial issues and focus comments exclusively on business issues. But over the past 30 years, Rochlin said, companies have been moving toward becoming environmental and social leaders — and talking about it.

Political polarization and the events of 2020, including the pandemic and the murder of George Floyd, changed the playbook, CEOs and consultants say.

“Investors are turning to the activists and the loudest voices of the advocates to figure out what questions they should be asking” during investor calls, Rochlin said.

Impact ROI and Rokk Solutions last year partnered to develop customized response frameworks to help companies decide when and how they should communicate when issues come up.

Ron Bonjean, another Rokk Solutions cofounder and partner, said that while “we’re now in a new phase of business,” some companies haven’t caught up. Bonjean, a former spokesman for Republican leaders in the House and the Senate, said it’s better to have a purposeful, formal process for dealing with issues to avoid an “accidental domino effect.”

Mollineau said that Disney, for instance, could have throughout the legislative process explained its displeasure with the bill and pledged to work with Florida legislators to make it more palatable. If the bill didn’t change, it would have been able to tell employees and other stakeholders that it had tried to make the bill better, he said.

“That’s a better process,” he said.

“This is just the reality now,” Whittaker said. “If you don’t create a narrative that is rooted in really what you stand for, then one will get created for you.”

Jon Henes, the CEO of C Street Advisory Group, a business consultancy, said Disney’s Chapek isn’t the only one struggling with this new era of business. “Whether today’s CEOs signed up for it or not, we cannot be just business leaders, we need to be human-rights leaders,” Henes said.

Indeed, many other companies have recently been embroiled in America’s culture wars.

In June 2020, Facebook lost millions of dollars in revenue after companies pulled their ads from the platform over allegations that the tech giant wasn’t doing enough to stop the spread of hate on its platform. In March 2021, the CEOs of Delta, Coca-Cola, and other companies spoke out against a restrictive voting law in Georgia after pressure from Black executives. In May 2021, several Basecamp employees quit after the company banned political talk at work. In December, Netflix employees staged a walkout over Dave Chapelle’s comedy special that many called transphobic.

“Whether it’s LGBTQ rights, whether it’s Black Lives Matter, whether it’s abortion, it’s about people at your company feeling marginalized and feeling under attack. So the question is are you standing up for your employees? Or are you saying this group of employees doesn’t matter to me as much?” Henes said. “I think that is really where the rubber hits the road.”

“In a situation where you can’t please everybody, you have to figure out what your objectives are,” Whittaker said. “Don’t trust your assumptions; get real data.”

CEOs can gather insights on social-justice issues through internal company surveys and consumer surveys or through work with diversity consultants. Gulati said leaders should also revisit their company’s mission and see if their current stance on social issues aligns with it.

“There is real meaning attached to Disney, and they need to tap into that meaning and really remind themselves of their place in the world,” he said.

A 2019 survey conducted by the Brunswick Group, a corporate-leadership firm, suggested that people thinking about changing jobs or joining a new employer consider leaders’ stance on social issues. And investments focused on social issues, also known as ESG investments, have skyrocketed over the past few years.

“Purpose is not saying shareholders don’t matter,” he said. “Purpose is saying we have greater clarity on our mission and that will help us create long-term value for shareholders.”

Sat May 7 , 2022
Forensics is the application of science to criminal investigation and criminal law. National Forensic Sciences University is an institution of national importance, that offers long-term courses in various subjects. The institution that functions under the auspices of the Union Ministry of Home Affairs is headquartered at Gandhinagar in Gujarat. Besides, […] 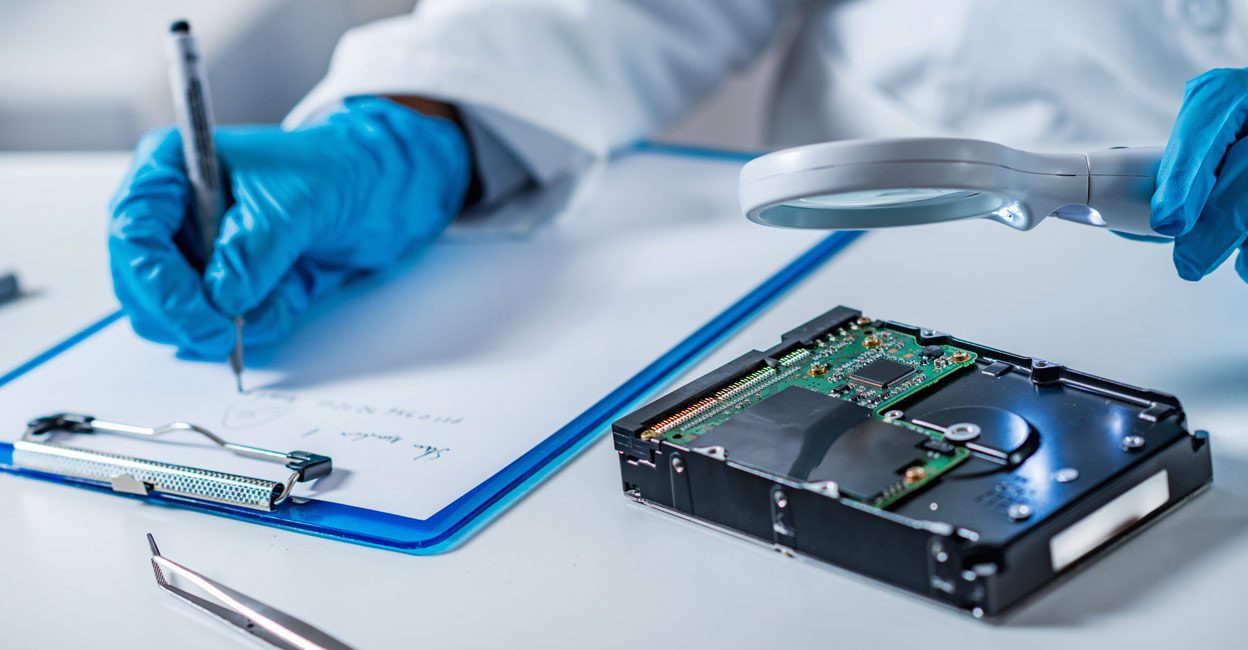