A UAB pediatrician testified Thursday that an Alabama law criminalizing gender-transitioning medical treatment for transgender youth would force doctors to choose between committing a felony and violating the Hippocratic oath.

“This will force us into a place of risking a felony conviction for providing evidence-based care or turning our back on the Hippocratic oath and literally doing harm,” said Dr. Morissa Landisky, an associate professor at the University of Alabama Birmingham who works with transgender children.

The testimony came before U.S. District Judge Liles C. Burke in the second day of a hearing on a motion to block the law, known as Senate Bill 184, from taking effect. The law is scheduled to take effect Sunday. “This would be an unprecedented ask of us to abruptly stop that care and treatment.”

The lawsuit was filed on behalf of four families of transgender children, two doctors who treat them and a pastor who works with transgender youth. The suit argues that the law discriminates against transgender youth as the treatments are available to cisgender minors.

Linda Hawkins, the co-director of the Gender and Sexuality Development Clinic at Children’s Hospital of Philadelphia, told the court that discontinuing medical care to transgender youth would be akin to abruptly stopping cancer treatment.

“The benefits that young people are receiving from the medical care, the medical and mental health care that has been identified as ideal for that patient — it would be like removing somebody’s cancer treatment and expecting them to be OK,” she said. “This would be devastating.”

On cross-examination of the doctors, attorneys representing the state attempted to lay the groundwork that the efficacy of medical treatment for gender dysphoria is uncertain and could cause irreparable harm to minors.

“That would indicate between 50 percent and 88 percent of girls diagnosed with gender dysphoria desist, and 70 percent to 97 percent of boys desist,” Bowdre stated.

Hawkins cautioned that those results are based on diagnoses of gender dysphoria as defined in DSM-4, the fourth edition of the manual, which she called a “broader” term that could have encompassed youth who should not have been included.

In earlier testimony, in response to plaintiff’s attorney Melody Egan, Hawkins questioned a separate study that found a high rate of youth whose gender dysphoria was resolved naturally.

“When a study offers this elevated rate of what is being termed as a ‘desistor’ from gender exploration to sex-assigned-at-birth, what we tend to find is the initial cohort given the diagnosis of gender dysphoria is actually false,” Hawkins said. “There is a typical amount of gender exploration that is a part of childhood and adolescence. Not all of those should have been termed as gender dysphoric … Eighty percent of kids who put on a tutu are not transgender.

The doctors emphasized the rigor of determining whether an adolescent begins receiving medical care. They described evaluating the minors in-depth, typically over a period of years, as well as discussions with their families and primary pediatricians before referring the patient to an endocrinologist to determine their readiness for short-term puberty-blocking medication.

Ladinsky testified that the puberty blockers are given for one to three years and emphasized that they are given at a very early stage of puberty that ensures the process is reversible.

Hawkins said this is important, as the cases in which a child does decide to identify with their birth-assigned sex, there is no harm done.

Ladinsky instead described a positive transformation of the teenagers.

“To see gender dysphoria abated, you will see a radiance, a self-confidence, but most importantly we see teenagers who have been sullen, withdrawn, failing academically, not interested in activities and peer groups they used to be join the world in ways they haven’t seen before,” Ladinsky said. “We see graduation, higher education, see youth who manifested severe anxiety and depression, even self-harm— to see that long gone is incredible.”

Hawkins said the focus has shifted from keeping patients alive to seeing them succeed.

“Mental Health providers once were just trying to keep kids alive until they get older,” Hawkins said. “Now what we’re seeing is the opportunity for children to not only survive, but thrive. We’re seeing more kids going college and going to fewer funerals. It gives us the guidance that medications are an important addition to the treatment plans.”

State attorneys challenged whether the science could show whether minors receiving puberty blockers would have persisted in seeking gender-affirming medical care if puberty was allowed to progress.

“What studies do you rely on for the proposition that only puberty blockers and cross-sex hormones, and not therapy alone, would reduce suicides?” Bowdre asked Hawkins.

Hawkins had testified that there are limitations to how studies are conducted because it would be considered unethical to withhold medical treatment from some patients.

Alabama Solicitor General Edmund LaCour pressed Ladinsky on whether it is appropriate to allow a minor to consent to cross-sex hormones that could prevent them form ever having sexual pleasure or function.

“How can a child fully comprehend what it might mean to never have sexual intimacy, if they have never been through puberty but been put on puberty blockers?” LaCour asked.

“The care that we’re giving is a very robust risk-benefit analysis,” Ladinsky responded. “These are not 100 percent guaranteed to happen. It has to be weighed around the gravity of gender dysphoria relative to gender incongruence risk-benefit. That’s the decision that’s being weighed.”

Both Ladinsy and Hawkins warned of dire situations if the law is allowed to take effect and described some of the situations that qualify as clinical distress to trigger a diagnosis of gender dysphoria.

“For children that age, oftentimes we will see the manifestation of that distress in difficulties sleeping, desires not to go to school,” Hawkins said. “Preschools and kindergartens are very gender-separated, children are being told to line up in one line or the other. I’ve had a 5-year-old tell me they wanted to throw themself out of a moving car and end their life.”

The risk for self-harm only increases with age, Ladinsky said.

“This will take those youth to very dark places,” Ladinsky said. “We are very aware of those places from which they came. The potential is there for self-harm and possible suicidality. One year ago when, Arkansas enacted this law over the governor’s veto, my counterpart there had five youth show up with severe suicide attempts. One was in the operating room for 10 hours while they tried to save his life. We’re Alabama, we’re better than this.”

Disney's Mishandling of a Controversial LGBTQ Law Was a Rude Awakening

Sat May 7 , 2022
Corporate leaders are having to get political, whether they like it or not. A strategist said Disney’s response to the so-called Don’t Say Gay law “didn’t please anyone.” Advisors say CEOs need to adapt quickly because the social-outrage machine is not going away. Loading Something is loading. The Walt Disney […] 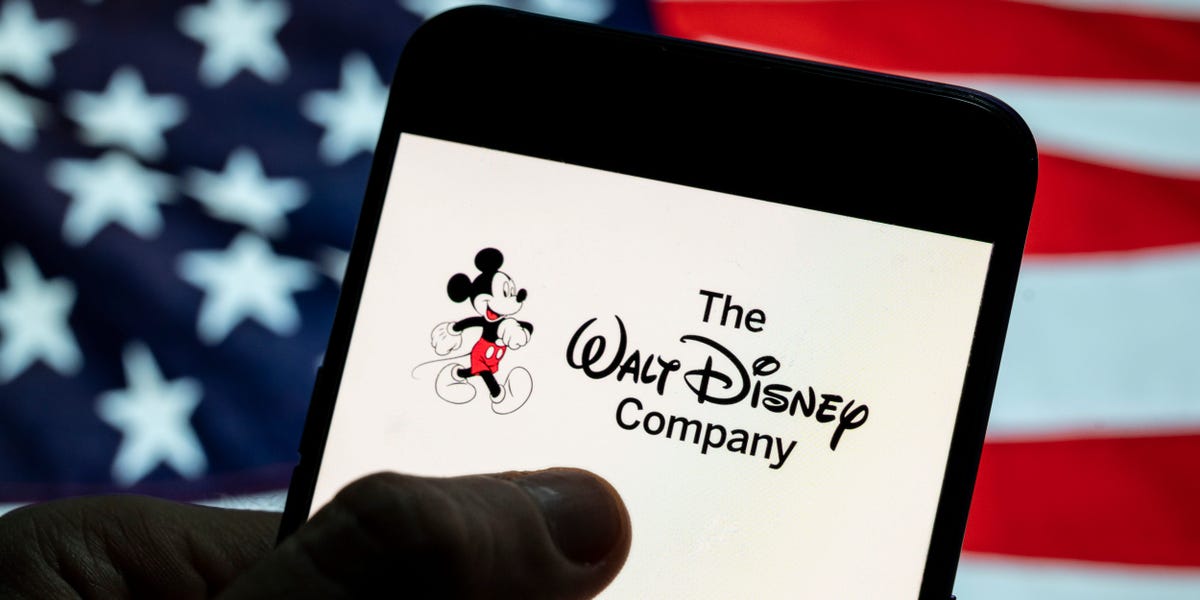