Amid growing awareness of inequality and jobs that don’t pay enough to cover child care and housing, California is considering a radical proposal: Allow the state to negotiate wages, hours and work conditions for an entire industry.

Proponents in the state Legislature say one solution to inequality is to empower workers to negotiate through unions, but that’s not happening in the fast food industry where frequent turnover, inexperience and intimidation make it too difficult for workers to
organize. Only 3% of fast food and counter workers belong to unions nationwide.

In Sacramento, a union-backed Democratic proposal called the Fast Food Accountability and Standards Recovery Act, or FAST Recovery Act, would establish a state-appointed council to enact industry-wide minimum standards for wages, working hours and work conditions. If passed by state lawmakers and signed by Gov. Gavin Newsom, the proposal
would also hold corporate franchisors responsible for compliance, not just the local franchise owners.

“California has the opportunity to really pave a path forward in a way that can work for both workers and employers,” said David Madland, a senior adviser to the American Worker Project at the Center for American Progress, a liberal Washtington, D.C., think tank.

Legislation to approve the FAST Recovery Act, AB 257, fell three votes short of passing the state Assembly last June with eight Democrats voting no and another 13 not voting. Newsom did not take a position.

With strong support from major state labor groups, the issue is expected to resurface this year even though the bill’s author, Assemblymember Lorena Gonzalez, unexpectedly resigned from office the first week of January to transition into chief officer of the California Labor Federation, which supports the proposal.

One of the nation’s largest unions, Service Employees International Union, vowed to continue pushing the bill. It funds the Fight for $15 and a Union campaign, which organizes low-wage workers to advocate for better wages and work conditions, primarily in fast food. Fight for $15 is planning an art demonstration, downgraded from a rally due to Omicron concerns, on Wednesday at the state Capitol and Assembly Speaker Anthony Rendon could transfer authorship to a committee or another lawmaker.

“The path forward on this bill is still being worked out,” said Rendon’s spokesperson Katie Talbot.

Proponents, who have set up a website, say the FAST Recovery Act is needed to address low wages and poor conditions for workers. California’s fast food workers — a majority of
whom are people of color, Latino and women — made an average $14.73 an hour in 2020, with California’s minimum wage rising to $15 this month for most businesses. Proponents also point out they are more vulnerable to COVID-19 and more likely to encounter injury, wage theft, customer assault and harassment.

A new report from the UCLA Labor Center documents dangerous conditions during the pandemic, with nearly a quarter of surveyed workers having contracted the virus. Less than half said their employers offered paid sick leave — mandated by state and
federal law — to workers who got COVID-19.

“It may not be in the cards to have the kind of traditional labor format we’ve seen in the United States in the near future,” said Saru Jayaraman, director of the UC Berkeley Food Labor Research Center. “But it may very well be in the cards to see these really innovative
sector-wide, power-building strategies that change entire sectors.”

The idea of negotiating wages and work conditions for an industry, rather than for each workplace separately, has been modeled for many years in Europe and around the world. Known as “sectoral bargaining,” it has also gained support among progressives in the U.S. such as Bernie Sanders and Elizabeth Warren as a way to reduce income inequality.

Under current American labor law, true sectoral bargaining is rare because multiple employers would have to voluntarily agree to come to the same negotiating table with workers, said Madland, the researcher at the Center for American Progress. He says America achieved this in the auto industry more than a century ago, and rail workers benefit from that arrangement today.

However, American “workers cannot insist on multi-employer bargaining,” unlike in other countries, he said.

The California proposal would carve a state path by directing an 11-member council — composed of fast food workers, franchisees and franchisors, and state health, safety and labor officials — to do the negotiating. The governor and leaders in the state Senate and Assembly would appoint the members. Its rules would be revisited every three years and, unlike traditional collective bargaining, they would be enforced by state agencies. The laws would apply to every restaurant that belongs to a fast food chain with 30 or more franchises.

It’s a highly controversial proposal with opposition from industry, Republicans and a divide among Democrats.

Before the bill’s failed Assembly vote in June, Assemblymember Ken Cooley, a moderate Democrat from Rancho Cordova, said the power given to an unelected council was an “exceedingly problematic” precedent that is “undermining of the rule of law.”

Business groups are also adamant the government stay out of private negotiations. They argue the free market adjusts wages where it is needed, citing the fact that many California fast food restaurants are now raising their wages to $17 or $18 per hour to attract workers amid a labor shortage.

Republicans said the bill was an example of government overreach that would destroy minimum wage jobs and small businesses. Meanwhile, the coalition of organizations lobbying against the bill, which include 40 local and ethnic chambers of commerce, launched a website with the slogan “Stop the Takeout Takeover.”

“The people who will pay for Lorena Gonzalez’s initiative aren’t the ‘evil corporations.’ It’s the working people who rely on that fast food” for either meals or employment, said Will Swaim, president of the right-leaning California Policy Center.

Industry groups also questioned whether the new model is needed since California is known for the strictest labor standards in the country, such as being first to set the $15 minimum wage and protections against heat illness.

“Throwing all of that out to this test case of a panel is absurd,” said Matt Sutton, a senior vice president at the California Restaurant Association.

Sutton also said the FAST Recovery Act’s extension of liability to corporate franchisors could raise costs and potentially drive fast-food chains out of the state. Franchise owners testified in hearings that the bill could change the franchise model, making local owners more regulated by the corporation and less independent.

“AB 257 would result in me and so many other franchisees losing our autonomy since the state would essentially be stripping us of our identity as business owners and making us basically employees for large corporations,” said Michaela Mendelsohn, a franchise owner of multiple El Pollo Loco restaurants, at a spring hearing.

Gonzalez said she also believes her bill is not the best solution. She says the state government shouldn’t be in the business of bargaining and she would rather maintain “a private-sector approach to reducing income inequality.” Unions, Gonzalez added, do a better job responding to workers’ needs worksite by worksite instead of one-size-fits-all
state labor laws, which employers fight and the government enforces unevenly.

But given that businesses continue to fight union drives, Gonzalez said, and the U.S. Congress has stalled on federal labor law reform, the FAST Recovery Act is necessary to help workers and, she hopes, encourage more support for labor unions.

“Maybe an individual fast food franchisee or restaurant says ‘You know what, I’d rather have a conversation with my workers in my workplace, allow them if they so want to unionize, and provide them not what these people at the state level are bargaining for but what the workers in my workplace actually want,’” Gonzalez said. “That would be a great solution.”

For now, though, Assemblymember Ash Kalra, a San Jose Democrat who chairs the Assembly labor and employment committee, said that where labor organizing campaigns have failed in low-wage industries, the government needs to act.

“That’s the only way you can do it in some of these industries,” Kalra said. “Worksite by worksite is nearly impossible.”

Two McDonald’s workers agreed. At different franchises in California, both helped organize two-week walkouts during the pandemic, with support from Fight for $15.

Imelda Arroyo earns $15.50 per hour at a McDonald’s in Oakland. She has little left for her 7-year-old daughter after paying $1,950 for rent. The single mother feels she deserves better wages, health insurance, paid sick leave, and “a place where we can explain our
concerns” before having to resort to strikes.

Even though “fast food workers like me don’t have a union,” Arroyo said, “at least we are hoping to get something like AB 257.”

Another worker, Imelda Rosales, said her weekly hours were cut from 40 to 27 after protesting unsafe work conditions and unpaid sick leave last winter at a McDonald’s in a small, desert town near Palmdale.

The franchise owner, Andrew Marroquin, said the restaurant complied with paid emergency leave for all employees and didn’t retaliate, but Rosales disputes his claim.

“We have to hurry up and fight so that the law passes,” Rosales said. “And then continue (fighting) for the union after.”

This article is part of the California Divide project, a collaboration among newsrooms examining income inequality and economic survival in California.

What it’s like working in the medical law field 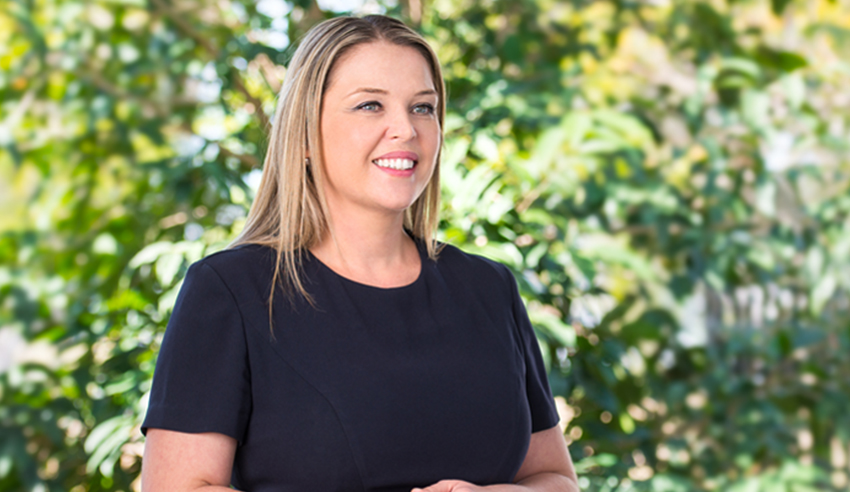