Last summer, Eric Adams declared himself the “face” of the Democratic Party, pre-emptively seizing the national spotlight months before he took office as mayor of New York City. That spotlight fell directly on Mr. Adams on Thursday, as he hosted President Biden for a summit on public safety.

For Mr. Adams, the moment marked a high-profile opportunity to press for federal assistance in combating gun violence, following a spike in shootings — including the recent killing of two on-duty police officers — that has alarmed many New Yorkers.

But for President Biden and other national Democrats, the trip had more sweeping political implications. It came as Mr. Biden faces pressure to deliver on police reforms, while simultaneously confronting Republican efforts to caricature his party as weak on handling crime — all during a midterm election environment that already appears brutally challenging for Democrats.

Hours before the president’s visit, the Biden administration directed every U.S. attorney’s office in the country to increase resources to bolster efforts to combat violent crime at the local level, singling out New York City’s gun violence partnership as one example of effective collaboration.

The Justice Department also began a new program to train prosecutors pursuing charges against so-called ghost guns, firearms that are easily assembled from kits but are not regulated by federal gun laws.

The president’s trip was viewed by some in the White House as a chance to show that Mr. Biden grasps the urgency of responding to violent crime, according to current and former administration officials.

“The answer is not to defund the police,” Mr. Biden said as he spoke at New York City Police Department headquarters on Thursday. “It’s to give you the tools, the training, the funding to be partners, to be protectors.”

Some Democrats said Mr. Biden’s decision to spend the day with Mr. Adams, a former police captain who has battled police brutality, as well as Gov. Kathy Hochul, would accentuate that message, even as others warned against elevating heavy-handed policing tactics.

“I’m very happy that President Biden understands how important it is to stand with the mayor of New York City right now, and with Americans all across the country who feel that public safety is a top concern,” said Representative Kathleen Rice, a Democrat from Long Island. Her party recently sustained staggering losses on her home turf as Republicans hammered on potent, if sometimes misleading, arguments about crime.

Many national Democrats say Mr. Adams offers a template for connecting with voters who are concerned about both crime and curbing police misconduct. Whether that enthusiasm lasts will ultimately hinge on how he governs, and the mayor has already faced several prominent controversies, including over his hiring decisions.

For now, he appears to be forging a symbiotic relationship with Mr. Biden, with whom Mr. Adams said he has spoken four times since winning the primary last summer.

They are, as the president might say, simpatico in some of their relatively moderate political instincts. Their campaigns were powered by multiracial coalitions of working-class voters. And as Mr. Biden faces sinking approval ratings and a languishing legislative agenda, Mr. Adams has exuded warmth, referring to the president as “my dude.”

On the campaign trail, they both rejected the “defund the police” movement while pledging reforms of the criminal justice system.

“To have a very radically practical way of dealing with gun violence as we deal with police reform, I think it’s an important message for the entire country, and I think the president shares that,” Mr. Adams said in an interview. “We had a real focus on reform of the criminal justice system, but while we were doing that reform, we took our eyes off the public safety ball.”

Mr. Biden — who spoke at a 2014 funeral for a New York police officer — has long prided himself on connecting with both law enforcement officials and communities that fear police violence. Like Mr. Adams, he does not see the considerations of those constituencies as mutually exclusive.

“There’s a real concern in these communities, and Adams is speaking to that,” he said. “During the campaign those supporters were Biden’s strongest supporters.”

But in office, both executives have repeatedly been tested by harsh governing and political realities on these issues. Certainly, gun violence and homicide rates in New York and nationally are far lower than the totals of the early 1990s, and national polls show that while many Americans are deeply concerned about rising crime rates, other issues are more pressing.

Still, gun violence is up significantly amid the pandemic, and nowhere have the challenges of public safety been clearer recently than in New York City, where Mr. Adams recently unveiled sweeping plans to combat gun violence after a slew of high-profile incidents unfolded during his first month in office.

Aspects of Mr. Adams’s proposal, including an anti-gun police unit — a revamped version of the plainclothes anti-crime units that were disbanded in 2020 after the killing of George Floyd — sparked pushback. And he has drawn sharp criticism from the left over other issues, including a move to increase police sweeps of the subway and his approach to New York’s bail law.

“We risk reverting back to a ‘90s-era, quote unquote, ‘tough on crime’ rhetoric, where policies may be rolled out to make it look like we’re being responsive to public safety, but actually could potentially be making those issues worse even if they might play well politically,” she said in an interview on Monday.

The following day, in a meeting that Mr. Adams held with the congressional delegation, he said he directed Ms. Ocasio-Cortez to his ideas regarding preventing conditions that foster crime and intervening when violence unfolds.

“We don’t hear people on the left talk about right now, what we should be doing,” he said.

As for concerns around a Democratic return to embracing “tough-on-crime” attitudes, Mr. Adams stressed that in the 1990s, he was fighting police brutality as an officer and activist.

Commissioner of Correction Department: Louis Molina. ​​The former N.Y.P.D. officer, who was the chief of the Las Vegas public safety department, is tasked with leading the city’s embattled Correction Department and restoring order at the troubled Rikers Island jail complex.

Chief Counsel: Brendan McGuire. ​​After a stint as a partner in a law firm’s white-collar practice, the former federal prosecutor returns to the public sector to advise the mayor on legal matters involving City Hall, the executive staff and administrative matters.

Lauren Hitt, a spokeswoman for Ms. Ocasio-Cortez, declined to comment on the delegation meeting but said the idea that progressive lawmakers were not pressing anti-violence initiatives was “simply not true,” highlighting a push last summer for investments in an anti-violence program in the Bronx as one example.

Mr. Biden, for his part, is also facing pressure from some civil rights leaders who want to see a more robust push for police accountability, after a major congressional effort at a national policing overhaul failed.

“Bring it back piece by piece,” the Rev. Al Sharpton urged.

But there appears to be little momentum for doing so in Congress.

That is one reason the administration is preparing an executive order on police reform, an early draft of which included a provision that would tighten use-of- force standards for federal law enforcement officers. White House officials say they are still revising the order.

Mr. Biden has also urged police departments to spend stimulus funds on retaining police officers and called on Congress to increase by $300 million federal grants for law enforcement agencies and another $200 million for community violence intervention programs in his budget proposal. He discussed those community-focused efforts with local leaders in Queens later Thursday.

To many Democrats, the idea that Mr. Biden is soft on crime is absurd. He spent much of the 2020 primary accounting for his central role in the 1994 crime bill that many experts now associate with mass incarceration, before defeating law-and-order messaging from Republicans in the general election.

But Republicans successfully tarred other Democrats as anti-law enforcement that year, and they are repeating those efforts now, though many top Democratic officials have rejected far-reaching efforts to slash police budgets.

“If you’re not willing to stand up and speak out against this ‘defund the police’ movement within your own party, you own it,” said Representative Tom Emmer, the chairman of the House Republican campaign arm.

He had warmer words for Mr. Adams.

“He understands that we have government to make sure it protects people and their property,” Mr. Emmer said. Asked about Mr. Adams’s claim that he is the new face of the Democratic Party, Mr. Emmer replied, “I hope so,” before cautioning that it was early in the mayor’s tenure.

“My hope is the president echoes what Mayor Adams said,” Mr. Gottheimer said. “There’s areas where I think we can find a lot of bipartisan agreement.” 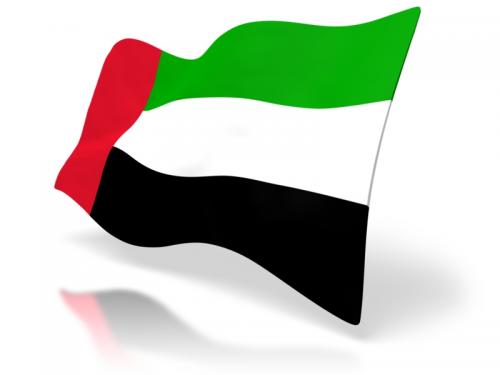