The persistent gap between public- and private-sector union membership revealed by new federal data offered a sobering counterpoint to unions’ strike-fueled victory lap last year—even as it hardened organized labor’s resolve to push through changes to U.S. labor law before the midterm elections.

The overall rate of union membership in the workforce sunk to 10.3% last year, annual data released by the U.S. Department of Labor on Thursday showed—about half of what it was in 1983 when the U.S. had nearly 18 million union workers.

The final tally from 2021 was especially grim in the private sector, where union density was a paltry 6.1%, more than five times lower than the public sector rate, of 33.9%. The 14 million union members were evenly split between the public and private sectors.

While the numbers were universally bad for unions, they also bolstered the message labor leaders have been trumpeting for the past year: federal labor law is broken, as evidenced by higher membership rates for public-sector unions, which are regulated under separate state and local laws. Federal law governing private-sector workers, unions charge, unfairly favors management and makes the task of organizing workers difficult.

Union leaders and allies signaled they would highlight the disparity to lend greater force to their efforts to browbeat reluctant congressional Democrats into supporting parts of a stalled legislative package that includes pro-worker changes.

“You need a change in law to make sure people’s aspirations become a reality,” president of the American Federation of Teachers, said in an interview. “That’s what happened in the ‘30s, and you need it now.”

Unions celebrated 2021 as a landmark year of strikes and organizing efforts at , , , and other companies that captured public attention and sought to capitalize on the pandemic-induced worker shortage plaguing the economy.

But despite a few isolated organizing victories, the latest report from DOL’s Bureau of Labor Statistics showed that unions haven’t begun to reverse a decades-long decline in membership—and there may not be much hope of accomplishing that without changes to federal labor law, several worker advocates said.

Unions have been advocating nonstop for passage of the Protecting the Right to Organize Act, a sweeping bill to overhaul federal labor law that would make it easier for workers to unionize. While the House-passed measure has little chance of becoming law on its own because of Republican opposition in the Senate, key elements could be woven into a legislative package that Democrats could pass without GOP votes before the November midterms.

“If policymakers fail to act, the downward trends in unionization will likely continue and the post-pandemic economy will be marked by widespread inequality and wage stagnation for working people,” Heidi Shierholz, president of the left-leaning Economic Policy Institute, told reporters Thursday. “So the stakes are really high.”

Union workers hold signs during a demonstration outside a King Soopers grocery in Broomfield, Colo., on Jan. 12.

The new data arrived days before Amazon workers in Bessemer, Ala., are set to vote in a re-run election ordered by the National Labor Relations Board, which found that the company illegally tampered with the first election, last year.

The high-profile case epitomizes unions’ main complaint with the National Labor Relations Act, the federal law that governs private-sector unions, which doesn’t allow for the U.S. labor board to impose monetary penalties on employers who violate workers’ rights.

Build Back Better, or Bust?

Democrats’ stalled tax and social spending package includes language to add fines to the NLRA for the first time, yet the legislation faces an uncertain future and pressure from Senate moderates to reduce its overall price tag. It was drafted to utilize a budgetary measure that would enable Democrats to pass it with a simple majority in both chambers—thus sidestepping the 60-vote requirement to advance legislation in the Senate that has doomed past efforts to boost unions.

Public sector unions are governed by a patchwork of state and local laws, which can be friendlier or more hostile to organized labor depending on the jurisdiction. While California’s laws are more favorable to unions, public employees in Texas can lose their professional certificates and pensions if they go on strike.

In general, public-sector employers have less incentive to oppose unions because they’re not competing to keep costs down, said Todd Vachon, director of the Labor Education Action Research Network at Rutgers University. That relative neutrality makes the public-sector unionization rate a more accurate representation of workers’ feelings toward unions than the private-sector figure, he said.

Conservatives say such explanations are a red herring; unions are in decline simply because workers don’t want to join, they say.

“What the unions are selling to the workers, the workers aren’t buying,” said Bradley Byrne, a former Republican congressman from Alabama who is now a management-side attorney with Adams and Reese, LLP.

In a statement, the AFL-CIO cited a 2021 Gallup poll in which 68% of respondents said they supported unions, the highest percentage in that poll in more than half a century.

“In light of the COVID-19 pandemic, it is clearer now than ever that our labor laws are designed to make joining a union as difficult as possible,” AFL-CIO president Liz Shuler said in a statement. “Across this country, workers are organizing for a voice on the job and millions of Americans are standing in solidarity with union members on strike. If everyone who wanted to join a union was able to do so, membership would skyrocket.”

Fri Jan 21 , 2022
Wednesday, January 19, 2022 The Delaware Supreme Court, Court of Chancery, and Complex Commercial Litigation Division of the Superior Court continued to serve as the preeminent courts for corporate and M&A litigation in 2021. The courts issued a historic volume of opinions, orders, and transcript decisions that provide valuable guidance […] 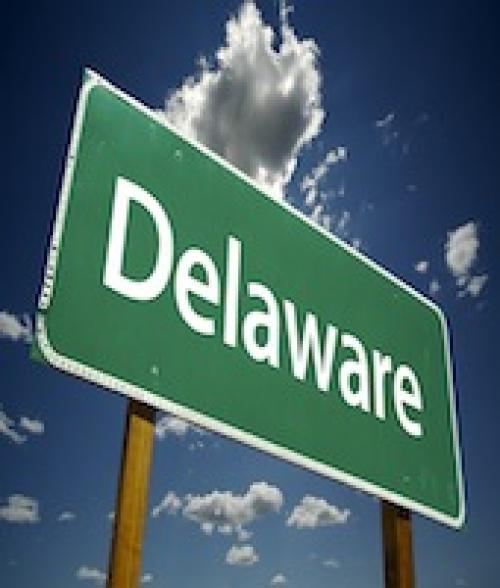