Geena Davis and Dr. Reza Jarrahy had a surprising condition in their divorce settlement: to change their 17-year-old twins’ last names.

Kaiis Davis-Jarrahy and Kian Davis-Jarrahy will now only use Jarrahy as their last name, but still use Davis as a middle moniker, according to court documents obtained by People.

The last name of their older sister, 19-year-old Alizeh Davis-Jarrahy, will remain unchanged.

A reason for the decision was not provided and Davis’ rep did not immediately return Page Six’s request for comment.

Several details of the settlement will remain private since the former couple agreed that terms of their divorce “shall not be disclosed by them to any third parties,” according to People.

Page Six exclusively broke the news in October that Davis, 65, and Jarrahy, 50, were able to finalize their divorce after nearly five years of bitterly contested proceedings due to Jarrahy wanting to end the marriage through mediation.

“[The terms of the deal] were very unfavorable to Reza, who agreed to settle just to put this behind him and be free of the nightmare Geena has caused for him,” a source told us at the time.

“Reza has had enough of her narcissism,” the source added, “so he was willing to take a bad deal just to make her go away and refocus on the kids.”

According to an insider, the divorce cost the former couple over $1.5 million, which “drove the doctor to the brink of bankruptcy.”

“For months on end he had to sleep on friends’ couches, in their spare rooms, and even in his car at times in order to keep up with payments to his lawyer,” a source said.

“He couldn’t have his kids with him while living like that, and it broke his heart … Meanwhile, Geena continued to live in their Palisades mansion with the kids, oblivious to the pain she was causing her family. Her lifestyle didn’t change a bit.”

Davis and Jarrahy were married in the Hamptons in September 2001. When Jarrahy filed for divorce in 2018, Davis disputed that she did not believe they were ever legally married.

The “Thelma and Louise” star argued they never obtained a marriage license and were married by Jarrahy’s father, whom she said was not qualified under New York law to marry the couple. The surgeon insisted his father was a legal officiant under Islamic law.

In her deposition, Davis admitted to telling Oprah Winfrey and other media outlets that she and Jarrahy were married.

Responding to the Kronos Cyber Attack

Fri Dec 17 , 2021
Tuesday, December 14, 2021 The leaders of our Wage & Hour Practice, Justin Barnes Jeffrey Brecher and Eric Magnus collaborated with us on this article. According to reports, Kronos, the cloud-based, HR management service provider, suffered a data incident involving ransomware affecting its information systems. Kronos communicated that it discovered the incident late […] 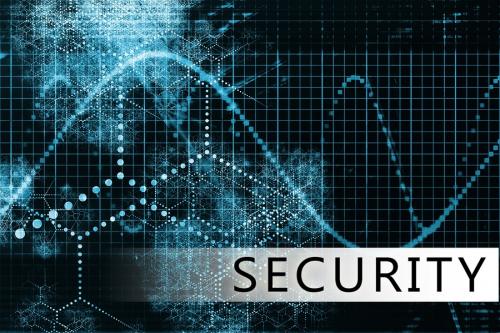