Almost 15 years ago, I was part of a team of International Criminal Court (ICC) prosecutors examining widespread international crimes in Darfur, Sudan. Several governments had publicly termed what happened there during the first decade of this century – the killing of many tens of thousands of civilians and the displacement of more than 2 million – “genocide.” It seemed that the ICC had the backing of the international community to investigate and prosecute atrocities in Sudan.

The Court got an additional boost when, in 2005, after years of steadfast opposition, the Bush administration did an about-face and abstained on a Security Council vote enabling the Court to act. But when, in 2009 and 2010, the ICC issued warrants of arrest for Sudanese President Omar al-Bashir and other officials, the world responded with a mixture of hostility and silence, as numerous governments continued to meet al-Bashir and declined to arrest him. As a result, al-Bashir remained at large while the U.N. Security Council did not lift a hand to enforce the Court’s writ. Only in 2019 was he was finally forced from office by his own people. Although the former president has since been jailed in Sudan for corruption, the ICC case is widely cited as an example of the Court’s powerlessness.

Now, we are witnessing new horrors. In a matter of weeks, Vladimir Putin’s invasion of Ukraine has shattered fundamental rules of the post-World War II order. In response, leaders across Europe and beyond have rightly underscored the need to reassert the power of law and legal institutions to address international disputes and international crimes.

To this effect, the International Court of Justice has acted with uncharacteristic speed in ruling that Russia must immediately suspend military operations. The United States Senate, including all 50 Republicans, urged member States of the ICC – just over a year ago the target of Trump administration sanctions – to petition the Court to investigate Russia’s military and Putin himself for war crimes. In announcing the Senate resolution, sponsor Lindsay Graham (R-SC) doubled down on the support for jurisdiction, stating “This is a proper exercise of jurisdiction. This is what the Court was created for.” Prosecutors in Germany, Lithuania, Poland, and other countries have launched investigations of individuals allegedly responsible for atrocity crimes in domestic courts under territorial or universal jurisdiction. Leading figures have proposed the creation of a new international or hybrid tribunal to bring Russia’s leaders to account for the crime of aggression.

The revival of support for legal accountability for the crimes of aggression, war crimes, and crimes against humanity is welcome. But will it last— and will it succeed?

If the international legal response to the crisis in Ukraine is to be different, and law is to rise to the occasion this time, three main challenges must be addressed.

First, justice advocates must prepare now for the likelihood that political interest in accountability may be superseded by other priorities if and when peace negotiations gain traction. For obvious reasons, an end to the conflict and its attendant human suffering is the most urgent task. But accountability cannot be traded away as a bargaining chip in the effort to halt the violence. Russia’s naked act of aggression, which commenced as far back as 2014, and atrocities committed in its wake, are too direct an assault on Ukraine, its people, and the world’s shared human values to go unanswered. It is essential to re-affirm the humanitarian norms that have been so brutally sundered. Fair trials and, where appropriate, lawful punishments of those most responsible are necessary. As the failure to address repeated past Russian state violence from Georgia to Syria has made clear, impunity cannot buy peace.

Second, any effort to bring prosecutions and trials will demand sustained political will and financial resources. It is admirable that forty-one States have so far joined in referring the Ukraine situation to the ICC. But their resolve must also be measured in funds required for the Court to hold Russian perpetrators to account without sacrificing the many other important matters on its docket. And because the ICC can pursue only a small number of cases, States will also have to offer budgetary and political support for years to finance the myriad emerging national and perhaps mixed national/international prosecutions required to deliver justice.

Third, those fighting for accountability for Russia’s Ukraine invasion must be prepared to answer legitimate questions about why this act of aggression and state violence merits a concerted international legal response, whereas others, like the U.S.- and U.K.-led invasion of Iraq, have not. The contrast is stark between the outpouring of state backing for the ICC’s probe in Ukraine and muted reactions – and worse – to the Court’s examinations of alleged war crimes and crimes against humanity in Afghanistan, Israel, and Palestine.

These are serious problems that demand attention. Inequities of power and status that determine which victims get justice and which don’t, based on where they live, weaken and discredit the system of international justice – and threaten to undermine the credibility of any trials for crimes in Ukraine. But our collective inability to marshal political outrage everywhere that it is needed should not prevent States from acting here and now. Successful prosecutions in the face of Russia’s blatant affront may make it harder for States to ignore appeals for accountability the next time a powerful actor overrides international rules.

And yet, precisely because concerns about selectivity carry great force, it is critical that any legal accountability pathway set in motion for Ukraine not be seen to cater to the objections of some governments about just such a precedent.

Justice processes carry the greatest legitimacy where they apply principles acknowledged to be universal, are sufficiently resourced to do their job well, and meaningfully involve crime victims and other affected persons. Ukraine will test the international community’s ability to meet those standards. We must not fail.

How Not to Fail on International Criminal Justice for Ukraine

Thu Mar 31 , 2022
But the issue in the upcoming Supreme Court case questions PAGA’s operation under the Federal Arbitration Act (FAA), as it seeks to resolve whether the latter requires enforcement of a bilateral arbitration agreement, providing that an employee cannot raise representative claims, even under PAGA. Meanwhile, the Chamber of Commerce and […] 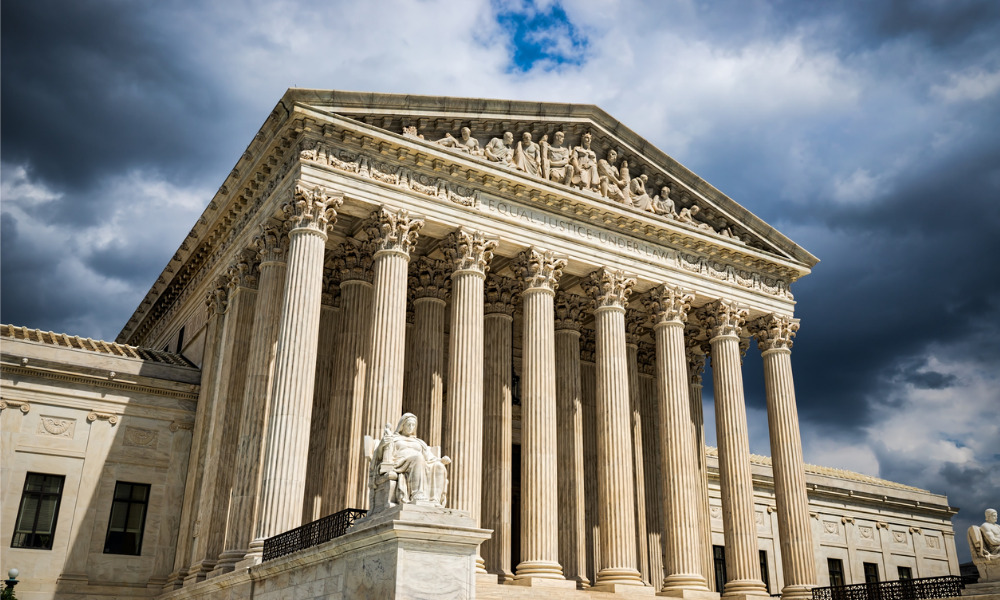