In the recent case of Hussain v Parveen (2021) EWFC73, the court provided some further clarity on the validity of overseas divorces which are transnational in nature.

The talak was pronounced in England through a letter sent to the wife’s brother which was subsequently converted by a mosque in Bradford into a divorce certificate. The mosque’s mufti provided evidence that this procedure met the pre-requisite requirements for an Islamic divorce but explained to the parties that it needed to be registered with the Union Council in Pakistan before it could be officially recognised as a legal divorce in Pakistan. The divorce certificate was sent to the wife in Pakistan before being forwarded to the local Union Council in Pakistan. The Union Council declared in a document sent to the parties that the procedure initiated by the ‘first husband’ was in accordance with the Muslim Family Laws Ordinance 1961 which governs the rules regarding marriage and divorce in Pakistan.

The wife married her ‘second’ husband in a Nikah ceremony in Pakistan in December 2008 and moved to England in March 2009 to live with her new husband.

The marriage later broke down and the ‘second’ husband declared the marriage to be nullified on the basis of bigamy, claiming that his wife still remained married to her ‘first husband.’

In these proceedings, the main dispute surrounded the validity of this first divorce and secondly, whether there had been a second marriage at all (as the Respondent had been bigamous by entering into the ‘second’ marriage without a valid divorce).

The first issue for the judge to consider related to the matter of jurisdiction due to the dual-national nature of proceedings. It was held by HHJ Kloss based on the authorities cited by the Petitioner that he did have jurisdiction to consider the issues raised by the parties.

The second and more fundamental question for HHJ Kloss was whether the first divorce was ‘transnational’ and therefore incapable of being recognised in England and Wales. The proceedings that ensued as part of the first divorce were partly in England and partly in Pakistan. HHJ Kloss’ judgment suggested that the criteria for an effective divorce under the law of Pakistan was effective. The more pressing issue was whether a talaq obtained in Pakistan could be recognised as an “overseas divorce” under the Family Law Act 1986. HHJ Kloss held in his judgment that the proceedings were transnational and that the two crucial parts of the proceedings were not instituted in the same country. The Petitioner’s argument that the Respondent’s ‘first divorce’ was not valid succeeded and the wife’s ‘first divorce’ was declared a nullity.

This case clearly emphasises that divorces with an international element are often complex, and spouses thinking of separating should be seeking specialist legal advice.

Sun Mar 20 , 2022
For the first settlement as part of the Department of Justice’s Civil Cyber-Fraud Initiative, DOJ settled a case against medical services government contractor Comprehensive Health Services, LLC (CHS) for $930,000.  This settlement resolves allegations brought forth in two qui tam lawsuits, where four whistleblowers filed suit on behalf of the government […] 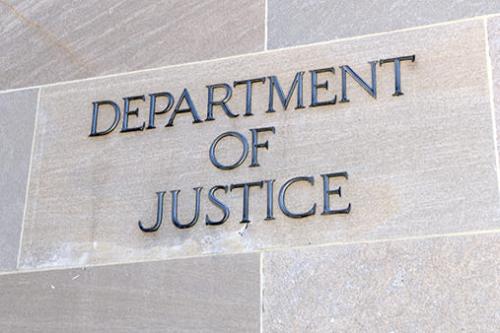