Illinois House members on Wednesday approved and sent to the governor’s desk follow-up legislation to make it easier for police to carry out the controversial criminal-justice reform bill passed and signed into law one year ago.

If signed into law by Gov. JB Pritzker, it would be the second bill tweaking the original legislation spearheaded in January 2020 by the Illinois Legislative Black Caucus in the wake of the death of George Floyd at the hands of Minneapolis police.

It does include details to help police know when people in custody are entitled to up to three phone calls no later than three hours after they reach a “place of detention,” according to Ed Wojcicki, director of the Illinois Association of Chiefs of Police.

The bill’s language, which was negotiated with the chiefs group and other law-enforcement organizations, also would delay until July 1 the effective date of new police training requirements and a new police officer decertification process.

The original bill, signed into law by the Democratic governor, put the training and decertification provisions into effect Jan. 1, 2021.

If signed, the bill would take effect immediately.

Wojcicki said he supports the delays because personnel need more time to be trained to carry out the law.

But House Republicans, in contentious debate on the bill, said they weren’t included in the negotiations, and they pointed out that law-enforcement groups opposed the original legislation and still have major concerns.

Republicans have called for the original legislation to be repealed and said the latest changes wouldn’t go far enough to promote public safety and prevent what they described as a wave of police officers leaving the field or retiring early because of a climate unfriendly to law enforcement.

“Compromise, agreement and implementation are the themes of this bill,” he said.

But Rep. Patrick Windhorst, R-Metropolis, a former Massac County state’s attorney, encouraged a “no” vote because the bill didn’t address concerns that the end of cash bail will result in violent people being released from jail while criminal cases against them are pending.

The new system calls for prosecutors, judges and defense attorneys in 2023 to hold swift hearings to determine which people arrested should be held and which should be released pending trial.

Windhorst asked Slaughter whether future changes to the criminal-justice law could add offenses for which people must be held in jail and not released. Slaughter wouldn’t commit to proposing such changes in future legislation.

“I intend to be collaborative, and yes, I intend to work with you on concerns,” Slaughter said.

The new law says that beginning in 2023, people arrested for crimes such as burglary, robbery without a weapon and aggravated DUI that leads to a death would have to be released pending trial. Windhorst wants those offenses to allow someone to be held in jail and not released.

“My concern is if we do not have another trailer bill to address those issues, come Jan. 1 of next year, people will be committing those serious felonies and essentially be released, either immediately after arrest or soon thereafter when they appear before a judge,” he said.

House Minority Leader Jim Durkin, R-Western Springs, noted that the three-phone-call provision could result in many more than three calls, because three calls must be offered to suspects each time they are brought to a place of detention. There could be several places of detention before a suspect is brought to a county jail, he said.

That situation would create administrative and other burdens for police, Durkin said.

The bill also would offer people arrested for domestic violence or sexual abuse the chance to phone their victims to harass them or interfere with their testimony to police, Durkin said.

Slaughter said such activity, an attempt to intimidate a witness to a crime, would be considered a felony by itself.

But Durkin, a lawyer and former Cook County assistant state’s attorney, responded: “It doesn’t make a difference. … Sure, they can be charged down the line, but the fact is, the call is going to be made, and they’re going to scare the hell out of that victim, who has been subject to abuse by that family member.”

Rep. Kathleen Willis, D-Addison, who voted for the bill, defended Slaughter amid criticism from Republicans. “As the sponsor stated, this is not the end of the discussion,” she said.

But Rep. Deanne Mazzochi, R-Elmhurst, referred to the original bill and the follow-up legislation when she said, “We’re still talking about bad legislation and keeping it unworkable.”

Mazzochi noted that the original law is called the SAFE-T Act, which stands for “Safety, Accountability, Fairness and Equity-Today.” She called the title “a lie.”

“This bill isn’t making more people safe,” she said. “It was a bad bill when it was first passed. It’s a bad bill today, and the Democrats are once again privileging criminals over people who want to abide by the law.”

“When you look at what we’re doing on pretrial fairness and detainee rights,” he said, “it signifies to communities all across the state, especially communities of color, that we’re serious about addressing the many disparities that we see in our criminal-justice system.”

Sat Jan 8 , 2022
Sign up for The Brief, our daily newsletter that keeps readers up to speed on the most essential Texas news. In a contentious hearing Friday, a federal appeals court indicated it is likely to send Texas’ restrictive abortion law to the state supreme court, a move that could add months […] 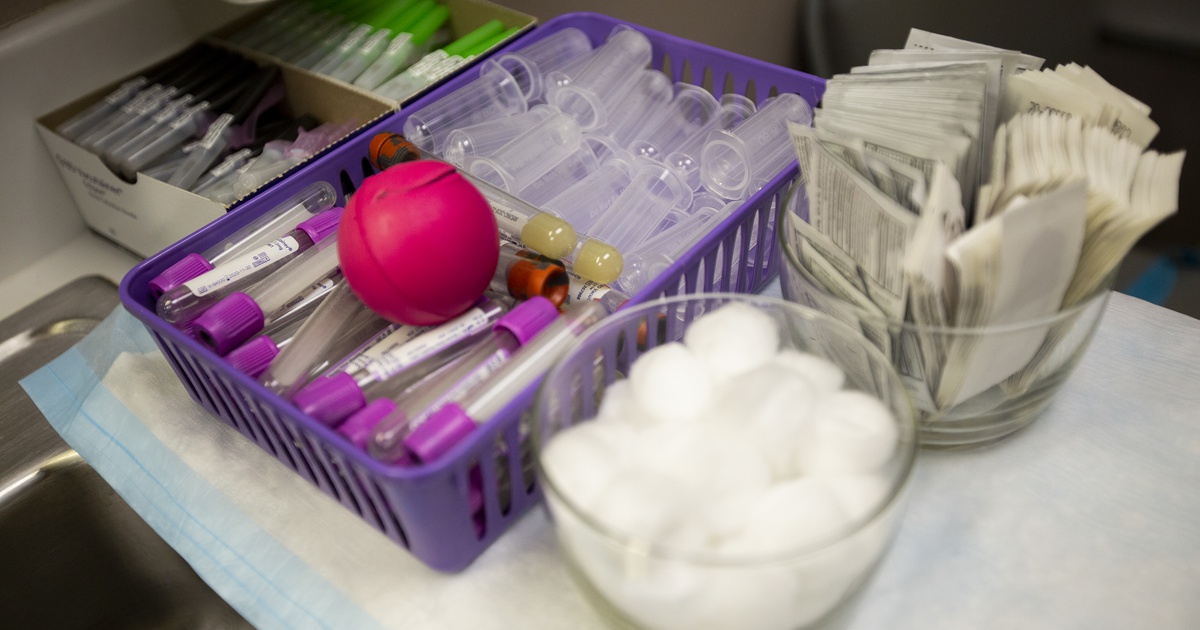