A federal appeals court has upheld California’s net neutrality law, rejecting an attempt by telecommunications industry groups to prevent the state from enforcing it.

The 9th Circuit Court of Appeals upheld a previous ruling, which means the status quo stays and the state can continue to enforce the law. This means California can continue its ban on internet providers slowing down or blocking access to websites and applications that don’t pay for premium service.

California’s net neutrality law was signed by former Gov. Jerry Brown in 2018. That came after regulators during the Trump administration killed federal net neutrality rules designed to prevent AT&T, Comcast, Verizon and other major internet providers from exploiting their dominance to favor certain services or apps over others.

In response, seven states and Puerto Rico enacted their own net neutrality policies. The most expansive effort of this sort was in California, which started enforcing the law last year, with potentially significant consequences for the rest of the U.S.

The Trump administration sued to block California’s 2018 law, preventing it from taking effect for years, but the Biden administration has dropped that lawsuit.

“This win is significant because it offers protections to people in our most populous state and drives the national conversation forward,” said Matt Wood, vice president of policy and general counsel of consumer advocacy group Free Press, in a statement. “Yet tremendous as it is, we still need the Biden FCC to reclaim its authority not just for nationwide open-internet rules, but for policies promoting affordable, resilient, just and reasonable internet connections for everyone.”

Big telecom companies oppose the stricter regulation that comes with the net neutrality rules and have fought it fiercely in court. They say the regulations can undermine investment in broadband and introduce uncertainty about what were acceptable business practices.

They say they prefer a national approach to a state-by-state one, but the industry has fought prior federal net neutrality rules. But with a Senate divided 50-50 between the parties, legislation in Congress may not draw enough support to pass.

Thu Feb 3 , 2022
New York child custody lawyer Ryan Besinque releases a new article (https://www.besinquelaw.com/child-custody-lawyer-new-york/) discussing how custody is determined in a New York divorce. The lawyer mentions that one of the most contentious matters during a divorce process is child custody. Both parents will want some time with their children, but this […] 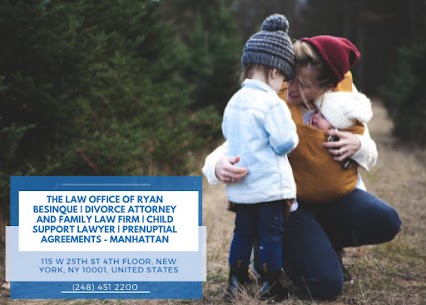