Bianca King claims she was denied a permit by Lakeway’s Zoning and Planning Commission after she had already operated without problems for months.

LAKEWAY, Texas — The Lakeway City Council is set to consider a proposal on Monday to amend the City of Lakeway‘s home business ordinance. This comes after home day care provider Bianca King and the Institute of Justice (IJ) filed a lawsuit arguing that Lakeway’s current law is unconstitutional.

According to an IJ press release, last week, Lakeway’s Zoning and Planning Commission (ZAPCO) recommended several changes to the proposed amendments. King and her IJ attorneys are expected to testify in opposition to those proposed changes during the hearing at Lakeway City Hall on Monday at 6:30 p.m.

“I’m excited to work with city council to ensure the ordinances are revised to support at-home childcare and Lakeway families,” King said in the release. “I hope to be able to put this lawsuit behind me and continue providing safe, reliable childcare for my community during a time when quality childcare is a huge need.”

According to IJ, King opened her state-licensed home day care after she was laid off during the pandemic. IJ says King operated without problems for months, but was informed in August 2021 that she would also need a permit from the City.

IJ says King applied for a permit but was denied by ZAPCO after the former mayor of Lakeway “showed up to the public hearing and complained that he could see toys and hear children playing in [King’s] yard while he golfed,” according to the release. He allegedly cited several provisions from the City’s home business ordinance as reasons to shut King’s business down.

According to IJ, Lakeway’s current home business ordinance requires potential businesses to comply with 19 different provisions, including being “undetectable” and not having customers “commute” to the location.

IJ said that in March, the City agreed to let King continue operating her home day care while her lawsuit was pending. City officials also agreed to work toward amending the home business ordinance.

“Every Lakeway resident deserves the opportunity to earn an honest living so long as their business is not hurting anyone,” IJ Attorney Jared McClain said in the release. “It’s time for Lakeway to pass a home business ordinance that doesn’t crush entrepreneurship.”

2022 Texas primary runoff election: What you need to know before voting

With record-breaking heat this week, when could we see rain?

Tue May 17 , 2022
The improper use of social media by parties during pending family law litigation can result in detrimental effects that impact custody, child support and alimony outcomes. As but one example, recent social media posts made by Kanye West criticizing his ex-wife Kim Kardashian have generated not only media attention but […] 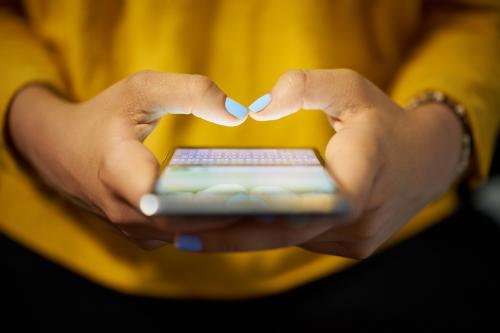