Skip to content
LOS ANGELES (KABC) — Los Angeles County District Attorney George Gascon marked the end of his first year in office by defending his criminal justice reform efforts at a news conference and saying he is not responsible for rising homicides and the recent rash of smash-and-grab robberies.

Gascon, flanked by more than a dozen district attorneys from other states, addressed the media, saying the so-called “tough-on-crime approach failed.”

“We are trying to dramatically change a system that has served no one, not the victims of crime, not those who are accused and not the public,” Gascon said.

When he took office in 2020, Gascon issued a special directive that prevents prosecutors in his office from seeking the death penalty, sentencing enhancements or cash bail in non-violent cases.

That quickly drew widespread criticism as a blanket policy that coddled criminals and ignored victims.

This year, homicides, violent crimes and auto theft are rising and Gascon is facing a second recall.

One of his own deputy district attorneys, Jon Hatami, has been an outspoken critic of the new policies.

“George Gascon’s policies have not worked,” Hatami told Eyewitness News. “Releasing criminals, not charging crime does not work in Los Angeles. And it’s not making anybody any safer.”

Local leaders have placed the blame on the current “zero bail” policies designed to keep inmate numbers down during the pandemic.

Gascon has caught a lot of that blame but the district attorney said the cases never make it to his office, that the suspects are released before the paperwork ever reaches his staff.

Los Angeles Police Chief Michel Moore has said the court system and judges are releasing the suspects, and that Gascon is not the problem.

But Gascon says his office is working to make the criminal justice system more efficient and more equitable. Criticism that he is soft on crime, he says, is unfounded and his office is charging roughly the same amount of cases as past administrations.

Fri Dec 10 , 2021
Thursday, December 9, 2021 2021 has been another busy year for the Legislature’s enactment of new laws affecting California employers. Below you will find our annual 2021 Employment Law Update. REAL PROPERTY OWNERS MAY BECOME SUBJECT TO LIENS FOR WAGE AND HOUR VIOLATIONS SB 572, which becomes effective January 1, […] 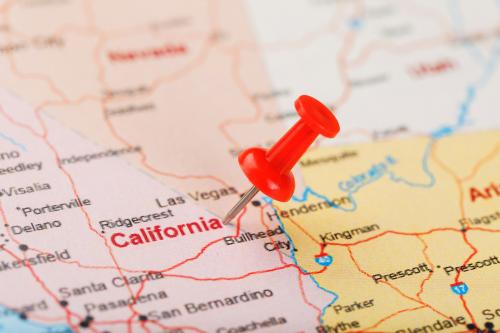