NEW YORK, Dec 4 (Reuters) – There is little precedent for the criminal charges against the parents of Ethan Crumbley, the Michigan teenager who fatally shot four of his high school classmates with a handgun on Tuesday, but prosecutors may have a strong case, legal experts said.

Detroit police said early on Saturday that the parents, James and Jennifer Crumbley, had been taken into custody.

Michigan prosecutors on Friday charged the couple with involuntary manslaughter for buying their son the weapon as a Christmas gift and ignoring warning signs as late as the day of the shooting. They said Jennifer Crumbley wrote in a text message to her son, “LOL, I’m not mad at you. You have to learn not to get caught,” after a teacher saw him searching for ammunition on his phone during class.

The morning of the shooting, a teacher discovered a drawing that Ethan Crumbley had made depicting a handgun, a bullet, and a bleeding figure, with the words “Blood everywhere” and “The thoughts won’t stop – help me.” After being summoned to the school and shown the picture, James and Jennifer Crumbley did not take their son home, search his backpack or ask about the gun, prosecutors said.

The Crumbleys’ lawyers, Shannon Smith and Mariell Lehman, on Friday denied reports that their clients were fleeing law enforcement.

Some states have laws holding gun owners liable for failing to secure weapons around children, but Michigan does not. That means prosecutors will be relying on traditional criminal law, under which they must prove that the Crumbleys were not merely negligent, but grossly negligent or reckless, the experts said.

Ethan Crumbley has been charged as an adult, even though he is under 18.

The case appears to be the first against parents of a teenage school shooter. While other parents have been charged for deaths resulting from unsecured guns, those cases have involved much younger children, experts said.

In one case, in a neighboring Michigan county, the owner of a gun used by a six-year-old to shoot a classmate pleaded no contest to involuntary manslaughter in 2000. April Zeoli, a professor at the School of Criminal Justice at Michigan State University, said that prosecution offered the closest parallel to the Crumbleys, and a legal precedent for holding them liable, That case also targeted an adult for failing to secure a gun used by a student in a school shooting.

However, Robert Leider, a professor at George Mason University’s Antonin Scalia Law School, said that and other cases were different from the Crumbleys’ because young children legally cannot have criminal intent.

“Here you have a teenager who can form his own criminal intent,” Leider said. “That weighs in favor of breaking the chain of causation” between the Crumbleys and the shooting.

Eric Ruben, a professor at Southern Methodist University’s Dedman School of Law, said whether prosecutors succeed depends on the facts and on their approach. He said a case focusing on what the Crumbleys did – like buying the gun despite knowing it posed a high risk – is likely stronger than one homing in on what they failed to do.

To convict them for failing to do something, he said, prosecutors would need to show that the parents had a duty to the victims.

Michigan law prohibits those under age 18 from buying or possessing firearms, except in limited circumstances such as hunting with a license and a supervising adult. Oakland County Prosecutor Karen McDonald told a news conference the charges were intended to “send a message: that gun owners have a responsibility.”

Ruben said the parents would likely defend themselves by arguing that they could not have reasonably foreseen that their actions would lead to the shooting, meaning they could not be responsible for causing it.

Lawrence Dubin, a professor of law at University of Detroit Mercy, said that if the parents knew that their son had a dangerous state of mind but gave him easy access to the gun anyway, it could support the manslaughter charges.

Leider said the facts, as alleged by the prosecutors, seemed “egregious.”

“They clearly knew their child was very troubled and seemed to have gone out of their way to arm him,” he said.

Mon Dec 6 , 2021
Bill to better protect people’s smartphones, TVs, speakers, toys and other digital devices from hackers Will prevent the sale of consumer connectable products in the UK that do not meet baseline security requirements Comes as research shows four in five manufacturers of connectable products do not implement appropriate security measures […] 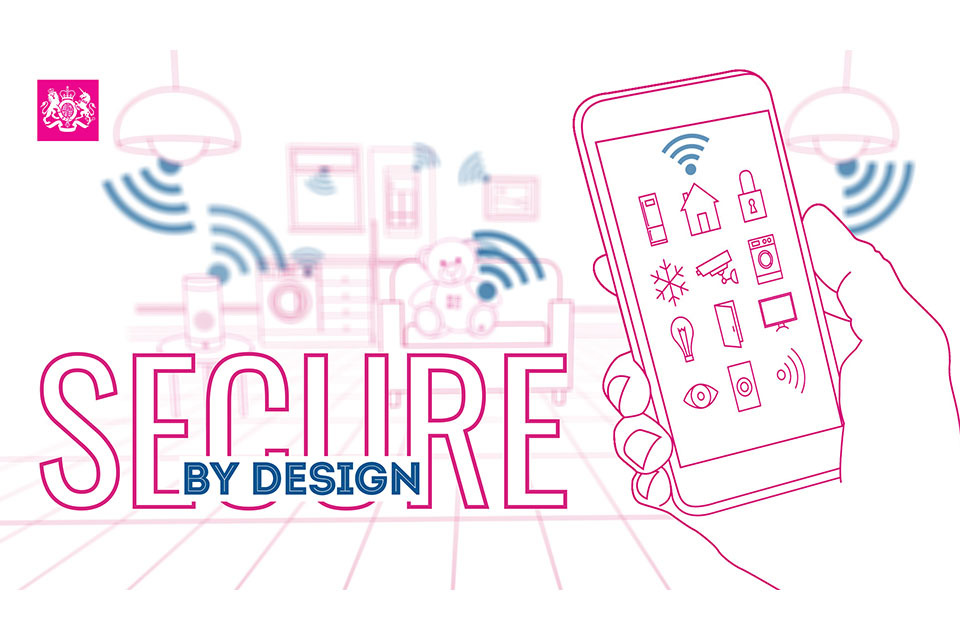