U.S. House lawmakers questioned several labor experts Wednesday before a House Education and Labor panel about how a new bill to amend the Fair Labor Standards Act of 1938 would protect workers from wage theft.

A construction worker from Maryland who had not been paid a fair day’s wage over an extended period of time was among those who testified in favor of the measure.

House Appropriations Chair Rosa DeLauro (D-Conn.) introduced the bill, H.R. 3712, known as the “Wage Theft Prevention and Wage Recovery Act of 2022.” It would require employers to provide pay stubs to workers, establish new minimum and maximum civil penalties for employers who engage in wage theft and provide grants to organizations and institutions to enhance the enforcement of wage and hour laws.

“It is unacceptable that dishonest employers can steal workers’ wages with little to no consequence,” House Education and Labor Committee Chair Bobby Scott (D-Va.) said. “This bill would take critical steps to help workers receive the full pay they’ve earned for all hours worked, including overtime pay, and level the playing field for law-abiding employers.”

U.S. Sen. Patty Murray (D-Wash.), the chair of the Senate Committee on Health, Education, Labor and Pensions, sponsored the bill on the Senate side.

Republicans on the Workforce Protections subcommittee said the legislation would harm small business owners and slammed Democrats for calling employers “thieves” — even though no Democrat on the subcommittee did.

“Calling our country’s job creators thieves is beyond outrageous,” said Rep. Fred Keller of Pennsylvania, the ranking Republican on the panel. “It would be more predictive to provide compliance assistance, rather than assume employers are bad actors.”

Rep. Alma Adams (D-N.C.), chair of the subcommittee, said that low-income workers are more likely to experience wage theft, which includes minimum wage, overtime, off-the-clock, tip, and meal-break violations. Adams asked one of the witnesses, Karen Cacace, the Labor Bureau chief for the New York State Office of the Attorney General, what the impact of wage theft can be on those low-income workers.

“Low-income workers are typically living paycheck to paycheck,” Cacace said. “They do not have savings in the bank if their employer does not pay them for the wages they are owed for the last week.”

Another witness, Daniel Swenson-Klatt, an owner of a bakery in Minneapolis, said as a small business owner, he didn’t feel that passing a bill to require business owners to provide a pay stub to their employees was burdensome, as many Republicans on the committee raised concerns about.

“I don’t think it’s ridiculous to take on the bad actors,” Swenson-Klatt said of placing a fine on employers who are found guilty of wage theft.

Cacace added that requiring employers to issue pay stubs to their employees “is the bare minimum.”

“Pay your workers the right amount and nobody is bankrupting your business,” she said.

Keller asked Tammy McCutchen, a senior affiliate at Resolution Economics in Washington, D.C., if she felt the bill by DeLauro would be a burden to small businesses.

McCutchen said that the increase in civil penalties would harm small businesses if they made a mistake, potentially bankrupting those businesses.

“Good employers make mistakes because compliance is hard,” she said.

Rep. Donald Norcross (D-N.J.) said he has never heard of an “honest mistake” causing a small business to go bankrupt and said the piece of legislation was meant to go after employers willfully engaging in wage theft.

“The ones we are talking about today are intentional,” he said, “and hurt real people.”

Norcross asked Francisco Esparza, the Maryland construction worker from Upper Marlboro, about his experience with dealing with an employer who participated in wage theft.

Esparza said that he would work seven days a week and not receive overtime and for weeks on end his paycheck was made out as a personal check, rather than a pay stub.

“This isn’t an accident by any stretch of imagination,” Norcross said after hearing Esparza’s story.

Rep. Ilhan Omar (D-Minn.) said that in her own state contractors have experienced some type of wage theft. Last week, about 40 workers who did work on the Vikings Lake development — owned by the family who owns the NFL Minnesota Vikings team — claimed they experienced wage theft amounting to an estimated $100,000.

“It is clear more DOL (Department of Labor) funding and additional federal reforms are needed in our localities in order to protect our most vulnerable workers,” she said.

Mon May 16 , 2022
Public consultation reveals strong support for measures allowing different types of healthcare professionals to complete medical questionnaires as part of the medical licensing process Move will result in a speedier process to complete medical questionnaires Delays caused by coronavirus (COVID-19), and industrial action continue to be reduced for medical licensing […] 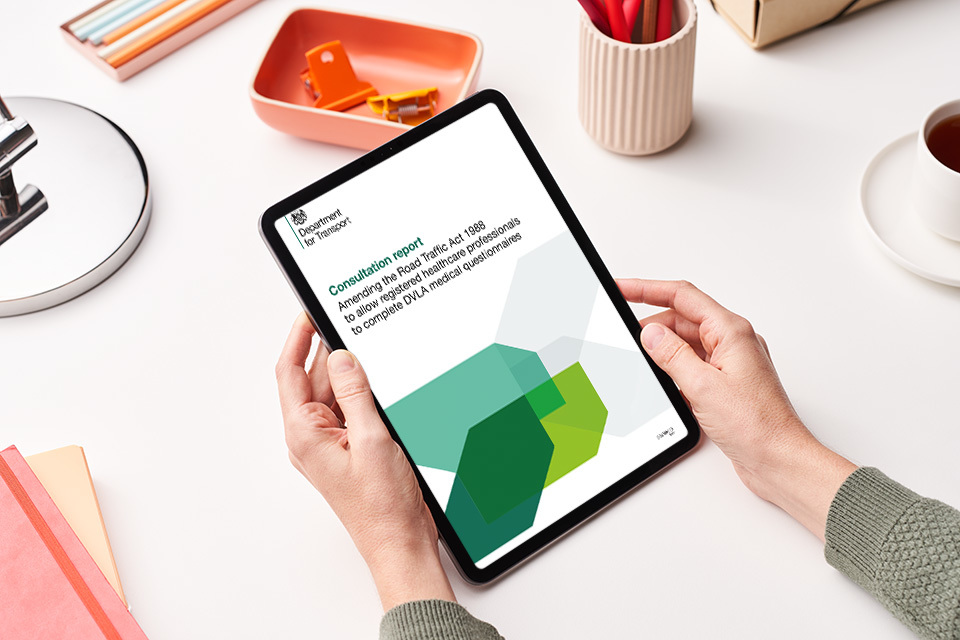