Ten years ago, Angie Calhoun could not have imagined herself as the head of an advocacy group and especially not a group promoting the use of marijuana.

She and her husband were busy running their granite countertop business in their little hometown of Puckett, Mississippi (population 300) and raising their only child, 16-year-old Austin.

If they had any view on marijuana, it was largely negative.

“We’re baptists,” she said. “And I mean Southern Baptist baptist.”

Fifteen years ago, Carolyn Prisock of Starkville had surgery to remove a brain tumor that had spread into her neck. She was 41 at the time of the surgery and had suffered from migraine headaches since she was 28, but for her the brain tumor, combined with the effects of the surgery, led to a laundry list of complications, all of them painful it seemed.

For Calhoun it is a proven solution to the illness that had left her son, Austin, almost completely bedridden since he contracted Lyme Disease nine years ago.

Angie moved with Austin to Colorado seven years ago to have access to medical marijuana.

“Up until then we had seen 20 doctors and had 17 prescriptions,” Angie Calhoun said. “He had terrible seizures, arthritic pain. It affected his autonomic nervous system (responsible for control of the bodily functions not consciously directed, such as breathing, the heartbeat, and digestive processes) and had lost the ability to keep food down. He had severe nausea, throwing up 11 to 12 times a day. He lost 40 pounds over a few months time.”

Within 18 months of using medical marijuana, the results were obvious.

“It’s been nothing short of amazing,” Angie said. “He can work and live a normal life. That’s all we ever wanted, what every parent wants for their child.”
For Prisock, it is a glimmer of hope in her long ordeal of pain.

“I don’t know if it will work,” Prisock said. “But if this is something that’s better than what I’m doing now, I want to try it. I feel like I have to try it.”

Austin Calhoun and Carolyn Prisock are among thousands of Mississippians with debilitating pain who will be eligible for medical marijuana.

Angie Calhoun has been a leading advocate for medical marijuana in the state since 2020, first with the Mississippians for Compassionate Care group that lobbied for the citizen initiative voters passed in November 2020 (which was struck down by the Mississippi Supreme Court), then with the Mississippi Medical Marijuana Association (MMMA), which worked with legislators to craft what ultimately became SB-2095.

In September, she founded the Cannabis Patients Alliance, a clearinghouse for information for medical marijuana patients through the website mscannapatient.com.

“Medical marijuana is new to Mississippians and while the program is similar to those in other states, there are differences,” Calhoun said. “We know people are going to have questions.”

When will people be able to purchase medical marijuana?
During the next four months, the Mississippi State Department of Health, which will administer the program, will put together the logistics needed — issuing licenses for manufacturers, dispensaries and issuing the ID cards that patients are required to have. The ID cards carry a $25 fee and must be renewed annually. The Department of Health will also establish a certification program for medical professionals. To qualify for medical marijuana, patients must have a consultation with a practitioner who is certified to authorize purchase of medical marijuana from dispensaries.

Ken Newburger, executive director of MMMA, said it would likely take 11 months to a year before medical marijuana dispensaries open around the state, but Calhoun is more optimistic.

“How quickly medical marijuana will be available relies a lot on how quickly manufacturers can produce the product,” Calhoun said. “Some strains of cannabis grow more quickly than others and there are some processes where marijuana can be grown at a fast pace, three to four months. I think there’s a chance that some dispensaries will have the product by the fall.”

How do you qualify for medical marijuana?
Calhoun said those who want to enroll in the program should be sure to bring their medical records to the consultation.

The bigger issue, she said, may be finding a certified practitioner.

“Just looking at the election results, support for medical marijuana was pretty much statewide and I do believe a lot of medical professionals will go through the certification process,” she said. “But early on, it might be difficult. I think some doctors will want to wait and see how it goes. What concerns me are people in rural areas. It’s important that doctors in those areas be certified. When you are in pain, driving 30 or 40 miles to see a doctor isn’t easy.”

Amy Bogue of Allegro Clinics in Columbus said her doctors are taking a cautious approach to the idea of certification.

“I’ve talked to each of our doctors and, at this time, they are not interested in being certified,” Bogue said. “That’s not to say that won’t change, but right now there are a lot of questions about the legislation we have. I think the attitude is, ‘Let’s see what happens.’”

Bogue said her clinics would make referrals to certified practitioners at patients’ requests.

“I do believe there will be people who are certified and we hope to be able to provide a list of those people for our patients once the program starts.”

“There is language in the law that says cities and municipalities can opt out and not have dispensaries in their areas,” Calhoun said. “But again, I don’t expect to see wide-spread opt-outs.”

Lowndes County Board of Supervisors president Trip Hairston said he doesn’t expect the county to opt out.

“I haven’t heard any of the supervisors say anything about opting out and I haven’t heard from citizens that want to opt out, either,” Hairston said. “If someone comes to the board and asks for that, we’ll listen. But at this point, I haven’t seen any indication of that.”

“I think there’s a very low likelihood that the city of Starkville would opt out,” Spruill said. “I have no intention of bringing it up so unless an alderman does we will follow the existing state law.”

“The best estimate ranges from $100 to $200 per ounce,” Calhoun said. Because it is a Schedule 1 Narcotic, medical marijuana is not reimbursed through private health insurance or Medicaid/Medicare.

“We do want to make sure that patients can afford medical marijuana and that’s one of the things our group will be focusing on — working with manufacturers for programs that can cut the costs for patients who may not be able to afford the full price,” Calhoun said. “There are programs in other states that do that, working with manufacturers who may have a surplus of product or getting discounted rates for fast-grow products that don’t cost the manufacturer as much to produce.”

Patients will also have to pay a fee for the initial consultation.

“Some of those fees in other states can be pretty high,” Calhoun said. “The consultation fee hasn’t been set yet, but we’re hoping it’s not astronomical. Some patients can’t afford to pay $200 or $300 for consultation. We’re hoping the fee will be set in the range of $75 to $150.”

How much marijuana can be purchased?
The law passed by the legislature limits patients to 3 ounces of marijuana in a 30-day period.

“What people need to know is that the 3 ounces can’t be purchased at one visit to the dispensary,” Calhoun said, “The law limits the amount to ¾ ounces per week. That means people will have to go to the dispensary each week.”

Prisock said requiring patients to purchase medical marijuana on a weekly basis is one of her greatest frustrations.

“I just don’t understand why it should be that way.” Prisock said. “There are a lot of powerful medications that you can get 90-day prescriptions for. I know because I take some of them. To make people have to go get their medicine every week only makes it harder. It doesn’t serve any useful purpose I can think of.”

Summing it up
The medical marijuana program approved by the legislature is more restrictive and harder to access than the program previously approved at the polls.
But Calhoun and Prisock are careful not to be too critical.

“The important thing is we have a viable medical marijuana program,” Calhoun said. “What’s important now is getting it up and running and helping patients get what they need to get the most out of it.”

“I hope going forward, once people see that this isn’t going to mean the streets are going to be flowing with marijuana, it can be adjusted to help make it a better program,” Prisock said. “But if this legislation hadn’t passed, my friend and I had plans to buy a travel trailer and set up residency in Florida so we could have access to medical marijuana. This may not be the best medical marijuana law in the country, but it’s better than living in a travel trailer.”

Slim Smith is a columnist and feature writer for The Dispatch. His email address is [email protected]

Medical marijuana: What you need to know

Fri Feb 11 , 2022
The 71st annual international law symposium at the University of Virginia School of Law will examine the evolving field of foreign commerce from both a legal and business perspective. “The Future of Foreign Commercial Lawmaking” will be held Feb. 17 at 10:30 a.m. in Caplin Pavilion. The event is hosted […] 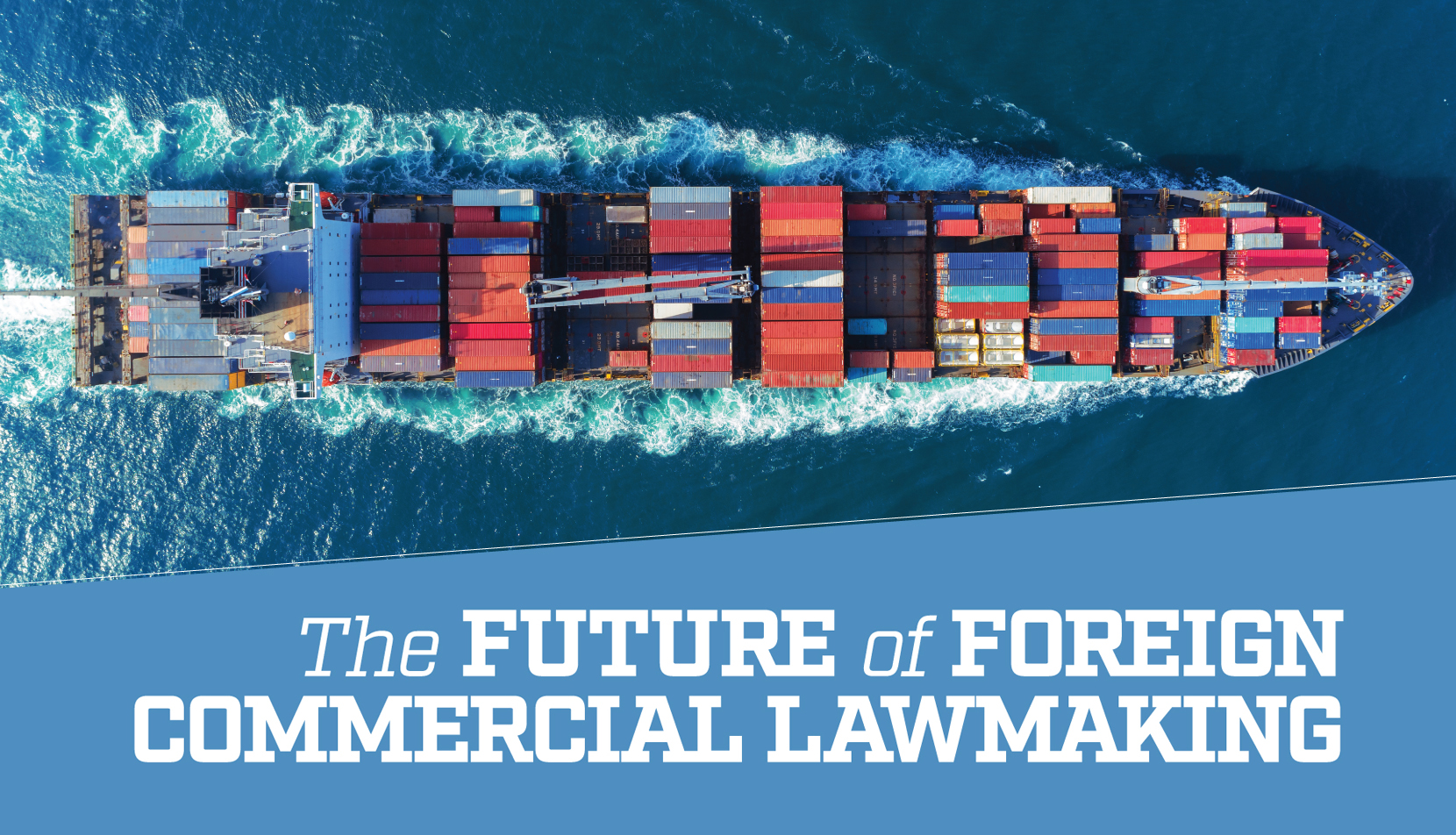