May 4th celebrates Star Wars, and May 5th is Cinco de Mayo. While not as popular, May 3rd still likely means a lot of different things to a lot of different people. But, in Mississippi, in 2022, May 3rd was a date circled on many calendars. As the first of several significant milestones set forth in the Mississippi Medical Cannabis Act, May 3rd was the last day municipalities or counties could opt out of the medical cannabis program. While the opt-outs started months ago, boards of supervisors and city councils have been busy the last few weeks as this opt-out deadline approached. Now that the date has passed, there is some finality to knowing where licensed medical cannabis establishments can currently operate in Mississippi. That finality only goes so far, however, as several municipalities that either did not opt out, or that opted out with plans to opt back in, have adopted or are in the process of adopting local ordinances and zoning requirements that will govern where medical cannabis business can operate.

To stand, all of these decisions must satisfy Mississippi’s laws regarding acts by municipalities and counties, and Mississippi law affords individuals and entities impacted by county and city decisions, such as ones to opt out or to adopt zoning regulations, certain rights and remedies. Those laws, however, contain a landmine of filing deadlines and other requirements of which any prospective medical cannabis business licensee, or other interested person or business, should be aware.

Additional counties and cities are listed here. So, we have a clear path ahead now, right? Not so fast.

A number of signature drives are underway in locales that decided to opt out of the program, and if enough signatures are gathered and proper petitions are filed, special elections could occur and override the opt outs.

Some Municipalities Who Opted Out Plan to Opt Back In

A few cities, such as Southaven, New Albany, and D’Iberville, that opted out have signaled plans to opt back in the program after considering and adopting local zoning ordinances and regulations governing medical cannabis business establishments. The places where medical cannabis businesses will be operating in Mississippi is most certainly going to grow.

You must consult more than just the statewide laws and regulations to know how the municipality or county in which you hope to operate your medical cannabis establishment will govern your operations. Municipalities and counties that have opted in or that plan to opt in at a later date are likely following the Mississippi attorney general’s guidance and will adopt zoning ordinances or regulations and additional licensing and permitting requirements. For example, Tupelo previously took this action, and Southaven has announced a plan to do so in the coming month.

So, the landscape of the medical cannabis program in Mississippi is a bit clearer now that May 3rd has passed, but much is still unknown. What’s the takeaway?

First and foremost, you need to monitor published notices from the municipality or county in which you plan to operate a medical cannabis business pertinent to your business operations. Mississippi law requires that these local governments publish notices regarding certain official business, including zoning modifications. For example, be on the lookout for public notices that the county or municipality plans to hold a meeting or a public hearing to discuss or amend zoning ordinances or regulations governing medical cannabis businesses. The form of public notice may depend upon the proposed action, but common types of notice are signage on or around affected property and publication in a local newspaper or other public forum. If you are unsure how notice is given, call the municipality or county to inquire. Second, if such a notice is published, you should plan to attend that meeting and be very cognizant of the date when the locale formally takes action to adopt ordinances, regulations, or permitting and licensing requirements. Under Mississippi law, persons aggrieved by a board of supervisors or city council decision can challenge that decision in court through a bill of exceptions process, but such challenge must be filed within 10 days after such decision is rendered, and the record on appeal is expressly limited to the record of the meetings at which the matter(s) was discussed and decision reached.  Therefore, if you are objecting to an action taken by a municipality or county, you will need to ensure that you present all evidence associated with your objection at the meeting or public hearing and that such evidence is made a part of the record by the governing body.

It’s not clear yet whether an objection or challenge to a board or counsel decision would fall under the act’s provision allowing appeal of an “agency” decision within 20 days, so the safest course of action would be to comply with the bill of exceptions process set forth in Miss. Code. Ann. Section 11-51-75.

Be aware, too, that not all opt-out decisions are unreviewable at this point. Again, an opt-out decision occurring in the last week is potentially subject to a challenge if such grounds exist. Recall that the act itself required locales to comply with the Open Meetings Act by providing notice of their intent of holding a vote regarding opting out.

Most reading this post have a very busy May in store for them, with the expected application filing dates now being less than 30 days away. But, if your action item list doesn’t already include monitoring the notices published and decisions made by municipalities and counties regarding the medical cannabis program it should. Mississippi law allows impacted persons the right to challenge those decisions, but the window is very short to do so.

Sun May 8 , 2022
Family law attorneys face unique challenges in their practices, ranging from balancing the needs of their clients to maintaining the business side of their firm. However, there are solutions like family law practice management software that can simplify the way they practice and eradicate common bottlenecks with family law cases. This is […] 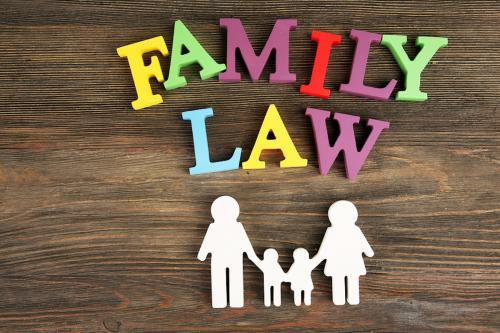