Courts have already started receiving applications from people in other emirates, outside the UAE

The new family law in Abu Dhabi, which regulates personal status matters for foreigners, including civil marriage, no-fault divorce, joint child custody, and financial rights, applies to all expats, non-residents and tourists regardless of their religions. This is for as long as their home country do not apply sharia law in family matters.

The secular law, which has been approved and implemented, doesn’t apply to Muslims from the GCC, Arab nations and other countries such as Pakistan where Sharia law is applied, a judicial official has clarified.

On Sunday, Sheikh Mansour bin Zayed Al Nahyan, Deputy Prime Minister, Minister of Presidential Affairs, and Chairman of Abu Dhabi Judicial Department (ADJD), issued decision No. 8 of 2022 approving the regulations for the implementation of the Civil War Marriage and Divorce Law No. 14 of 2021 in Abu Dhabi.

Under the new civil marriage scheme, the secular law allows expats, tourists and non-residents to marry in Abu Dhabi.

The service is only provided by Abu Dhabi and is available exclusively in the region. The new law governs family matters for expats or foreigners and offers tourists a chance to get civil marriage certificates.

Explaining the law and how it applies, Hesham Elrafei, Legal Counsel, Abu Dhabi Judicial Department, said civil marriage and divorce law is based on secular rules instead of Sharia law.

“Tourists and expats can now get married in Abu Dhabi regardless of their faith, as long as the country they come from doesn’t apply sharia law in family matters,” said Elrafei.

“Both spouses don’t have to be residents in Abu Dhabi or the in the UAE to marry in Abu Dhabi. In fact, tourists can apply online for civil marriage in Abu Dhabi from abroad by submitting the application form online and scheduling the ceremonies to come to Abu Dhabi and sign their marriage certificate.”

He noted that the new family law aims to promote Abu Dhabi’s competitiveness in the region as a liberal business and tourism hub, especially since the UAE capital is granting personal rights and freedom not available in other jurisdictions.

“Abu Dhabi is offering a legal solution for couples who can’t get married elsewhere. It’s not only the safest city in the world but also a modern, progressive, and open-minded, cosmopolitan city where you can enjoy the warm turquoise beaches and high-end restaurants and shopping malls, in addition to tying the knot without any bureaucracy and religious restrictions,” said Elrafei.

He noted that the court has already started receiving applications from people in other emirates and outside the UAE wanting to marry In Abu Dhabi.

The law introduces the concept of civil marriages based on the free will of the couple. This means no consent from the woman’s family will be required.

Here are the simple steps to get married under the new civil marriage law in Abu Dhabi:

Fill in the form and submit it alongside the required documents, whether by email to [email protected] or through one of the typing centres available in shopping malls in Abu Dhabi.

The couple will visit the court on the scheduled date to sign the marriage certificate, and you will get a stamped original copy on the same day. The whole process should not take more than 10 minutes.

Divorcees and widows have to present evidence of divorce certificates or death certificates for their former spouses.

Mon Feb 14 , 2022
Men who send unsolicited ‘d**k pics’ will face up to two years in jail and be made to sign the sex offenders register under a law change in England and Wales. Cyber-flashing is when a person is sent an unsolicited sexual image on their mobile device by an unknown person […] 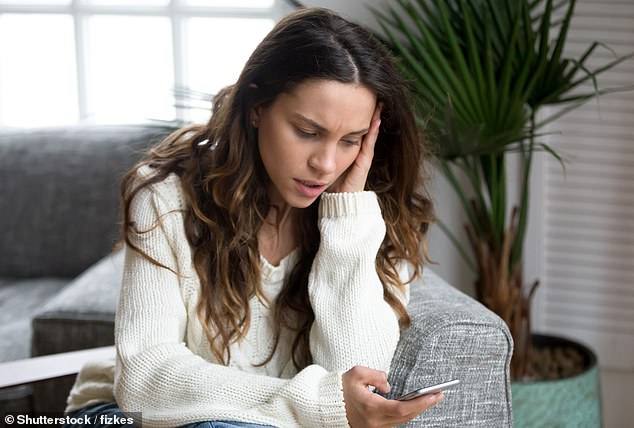