A longstanding orthodoxy of contract law is that it has no role to play in addressing the ever-increasing global problem of economic inequality. Rather, the common wisdom goes, distributive objectives should be met through the fiscal system via taxes and public spending. But a new article by Beller Family Professor of Business Law Kevin Davis and Global Professor of Law Mariana Pargendler, who teaches in the NYU Law Abroad in Buenos Aires program, suggests that this monolithic view of contract law around the world gives an incomplete picture. An investigation by Davis and Pargendler shows that courts in three prominent developing countries with differing legal traditions—South Africa, Brazil, and Colombia—have recently used contract law to tackle inequality in significant ways.

The article, which will be published in a forthcoming issue of the Iowa Law Review, grew from a series of conversations between Davis and Pargendler, Davis says. Both scholars are interested in contract law—especially through the lens of comparative law—and whether contract law had a significant effect on economic development. Pargendler had argued in previous writings that the notion of contract law as a determinant of economic outcomes in developing countries had been neglected. She had noted examples of contract law in her native Brazil that employed a heterodox doctrine—diverging from widely held views about contract law’s purpose—aimed at addressing inequality. The two undertook a broad survey of contract law in other nations and found evidence of significant heterodoxy in South Africa and Colombia as well.

While such legal heterodoxy might not exist in other developing nations, the co-authors write, or even dominate in this trio of countries, “the greater incidence of contract law heterodoxy in several large developing countries is startling and likely consequential from an economic standpoint.” Heterodox approaches to contract law can have practical implications for pricing schemes, contract design, and incentives for vertical integration. On the scholarly front, Davis and Pargendler’s findings will likely have an impact on scholarship related to comparative contract law, law and development, and contract theory, especially the widespread assumption that contract laws are largely the same everywhere.

Davis and Pargendler characterize South Africa as probably the chief example of a jurisdiction that has recently adopted a more heterodox approach to addressing inequality through contract law. That shift stems from a series of decisions by the Constitutional Court of South Africa that principles of contract law and decisions about enforcing specific contractual terms must align with constitutional values, including “ubuntu,” an African concept that “emphasizes the communal nature of society and ‘carries in it the ideas of humaneness, social justice and fairness.’” In major rulings, the Constitutional Court limited the amount of interest that a creditor could recover on debt in arrears and granted land title registration to a purchaser who had defaulted on installment payments.

In Brazil, as the country’s Superior Court of Justice has itself noted, the paradigm in private law has shifted “from a merely ‘liberal, individualistic, and patrimonial’ view of private relations to one which emphasizes ‘good faith, the social function of contract and property and the valuing of the existential minimum.’” In a survey of Brazilian judges, more than 60 percent opined that achieving social justice justified breaches of contract. One manifestation of this thinking relates to a common Brazilian method of financing building projects, in which purchasers pay for new housing in installments before and during its construction. In cases of nonpayment, the construction company might have expected to enforce the contract by demanding payment or by terminating the agreement and seeking damages. But in Brazil, the typical resolution now is for consumers to be able to terminate the contract at will and recover a significant fraction of prior payments. This outcome came gradually from a series of decisions likely informed by concerns about inequality and social justice, the co-authors note.

Brazilian courts have also imposed a requirement of symmetry in applying penalty clauses: a consumer contract that stipulates a penalty for a consumer’s breach of contract should be read as applying the same penalty to the commercial party for a breach. Courts have sided with health care consumers in preventing insurance companies from denying coverage for false statements or omissions related to preexisting conditions, putting the onus on companies to request medical exams. The judiciary has also granted the right to treatments deemed necessary to preserve the constitutional right to health even if the contract clearly excludes such treatments.

Colombia’s Constitutional Court has invoked the notion of fundamental rights regarding needs such as health, housing, and human dignity in rulings, particularly related to insurance and public utility contracts, that involve parties seen as lacking power in contractual agreements for the provision of public services. The country’s constitution requires the government to ensure such services to everyone, taking into account cost, solidarity, and income redistribution. “Subjects of special constitutional protection” include the elderly, minors, the disabled, women who are heads of households, and those earning less than minimum wage.

Why is such contractual heterodoxy found more in these countries than in others? Davis and Pargendler suggest that three factors common to all three nations are at work: extreme income inequality with its origins in historical injustice; a combination of widely endorsed distributive goals and limited state capacity to achieve them; and an embrace of “transformative constitutionalism,” which holds that constitutional law ought to transform rather than simply reflect society.

The co-authors are now organizing a larger project with the aim of bringing in scholars from other countries and with expertise in other areas of private law to identify heterodoxy in other doctrinal areas and regions, with a particular emphasis on domestic examples of heterodoxy in developing countries.

The dramatic rise in economic inequality in the United States and in other developed countries in recent decades has led to conditions that might increase the appeal of heterodox contract law striving to address such inequality. Calls for new ways of achieving distributive objectives have only heightened during the COVID-19 pandemic, which, Davis and Pargendler point out, gave rise in the US to eviction moratoriums—particularly notable in a country whose contract law is often viewed as being resistant to distributive goals.

Davis sees in the US “a broader interest in reconsidering orthodox approaches to contract law, competition law, tax law, even areas of regulation, with a view to designing them to address inequality. I think the pandemic is one factor. I think the increased attention to inequality is another.”

One key distinction between the countries examined in the article and the United States, however, is the level of support for transformative constitutionalism. “The hold of constitutional originalism would be the critical difference in the US,” says Davis. Furthermore, he adds, greater heterodoxy in US contract law faces headwinds: “Freedom of contract tends to be a very potent rallying cry.”

Divorce laws around the world

Thu Apr 14 , 2022
Except for the Philippines and the Vatican City, which have no divorce procedure, every country in the world permits its citizens to divorce under certain conditions. Only the annulment of marriages is permitted in these two countries. Divorce laws in different countries: ARGENTINA: The legalisation of divorce in Argentina was […] 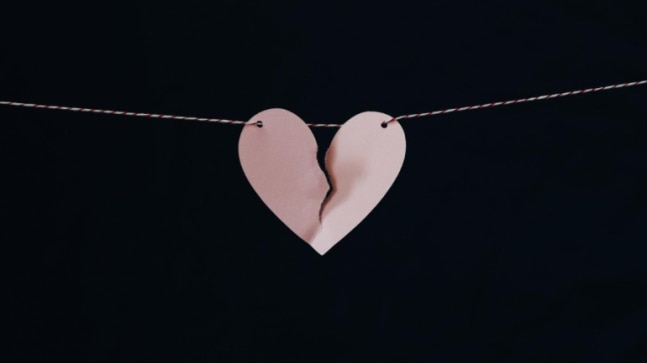