The National Labor Relations Board (NLRB) has issued a complaint against Amazon, alleging that the company illegally threatened, surveilled, and interrogated workers who were trying to start a union at its Staten Island, New York facilities. The company also reportedly hired a union avoidance consultant who told workers that the union organizers were “thugs,” according to Motherboard.

The NLRB complaint, a copy of which was obtained by The Verge, details other alleged incidents between Amazon and union organizers, including multiple times when security guards kept organizers from distributing pamphlets that discussed unions. The company also allegedly “solicited grievances from employees with an express promise to remedy them if they rejected the Union as their bargaining representative,” according to the complaint.

Amazon will either have to settle this case or have it go to trial, and the NLRB is calling for it to implement training for managers, supervisors, security guards, and union avoidance consultants to make sure they’re aware of workers’ legal rights.

The NLRB has had several disputes with Amazon

The NLRB has had several other disputes with Amazon around labor law. In December, the company settled several cases with the regulator, agreeing to post notices to current and former employees about their rights to join a union, and the legal protections they have against retaliation. Amazon also agreed to change rules that made it difficult for workers to organize together. The NLRB found that the company violated labor laws during a union election in Bessemer, Alabama as well, and ordered a redo. In the original election, workers voted against unionizing by over two to one.

The NLRB sent The Verge a statement from Kathy Drew King, Regional Director for Region 29 about its complaint. It reads:

Workers have the right under federal labor law to join and form unions and employers are prohibited from interfering with that right. Today the NLRB issued a complaint against Amazon alleging that the company repeatedly broke the law by threatening, surveilling, and interrogating their Staten Island warehouse workers who are engaged in a union organizing campaign. The complaint seeks to stop and remedy this unlawful conduct to ensure that Amazon’s employees can freely and fairly exercise their rights under the National Labor Relations Act.

Amazon didn’t immediately respond to The Verge’s request for comment. Motherboard reports that an Amazon spokesperson denied the allegations.

On Thursday the Amazon Labor Union (or ALU), which has been organizing at Amazon’s Staten Island facilities, announced that it had successfully petitioned to hold a union election for the JFK8 warehouse. The election details are set to be determined after the NLRB hearing scheduled for February 16th. One of ALU’s organizers is Daequan Smith. Last week, the NLRB confirmed it was preparing to file a complaint alleging that Amazon illegally fired Smith for trying to unionize.

Update January 28th, 6:55PM ET: Added additional details from the complaint, as well as information about one of ALU’s organizers.

Sat Jan 29 , 2022
CHARLESTON, S.C. (WCSC) – Debate continued for a second day at the State House on Thursday on a bill to legalize medical marijuana in South Carolina. While the bill’s lead sponsor, Sen. Tom Davis, R – Beaufort, has been working for several years on this legislation, which would make South […] 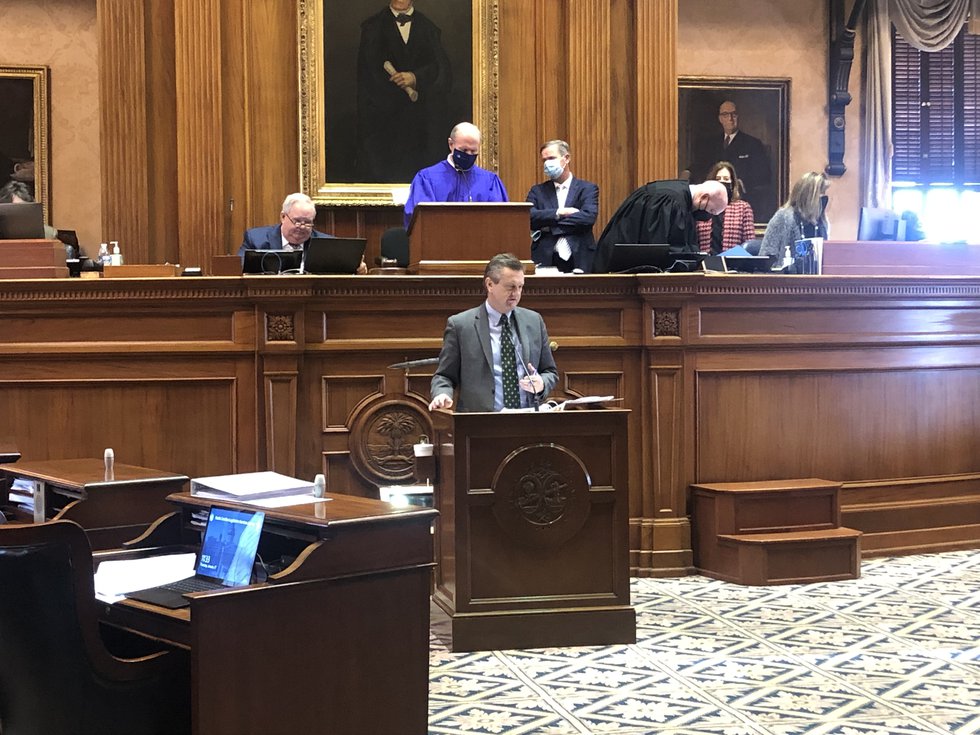