‘No fault’ divorce – what you need to know

No fault divorce became law on 6 April 2022 and has forever changed the landscape for divorcing couples in England and Wales. The new law allows separated couples to apply for a divorce (either on their own or jointly with their spouse) on the basis that the marriage has irretrievably broken down without the requirement to assign blame to one party. It is one of the most significant changes in family law in the last fifty years and, although there are some critics of the new law, most regard it as a welcome modernisation for separating couples.

So, what has changed?

Irretrievable breakdown remains the only basis upon which a divorce can be applied for but the application no longer needs to be justified by one of the five facts: adultery, unreasonable behaviour, two years separation with consent, five years separation or desertion. The new application simply asks the applicant(s) to confirm that the marriage has irretrievably broken down.

The new legislation has updated the legal terminology from ‘petition’, ‘decree nisi’ and ‘decree absolute’ to ‘application’, ‘conditional order’ and ‘final order’, a change intended to simplify the language of divorce and make the process more accessible for those who may be dealing with the divorce themselves.

Applications for divorce can now be made on a sole or joint basis. If the application is made by one party, the parties will be known as ‘applicant’ and ‘respondent’ whereas if it’s a joint application the parties will be referred to as ‘applicant 1′ and ‘applicant 2′. This, it is hoped, will allow for a co-operative approach rather than forcing one party to be named as the respondent. Additionally, the scope for one party to defend the proceedings has been limited to issues of jurisdiction or the validity of the marriage to reduce the number of contested divorce applications, an issue recently highlighted by the landmark case of Owens v Owens [2018] UKSC 41 in which the husband contested the wife’s petition on the basis that he did not view the marriage to have irretrievably broken down.

4. Service (sending the application to the other party)

Service of the divorce application has also been simplified. Under the new legislation the default is for the court to serve the application using the respondent’s ‘usual email address’ which, it is hoped, will reduce issues relating to service (i.e. where the respondent’s postal address cannot be found or a respondent actively evades personal service) and therefore prevent unnecessary additional costs for the applicant. The respondent must still return an acknowledgment of service form and, if they do not, the applicant must prove that service has taken place. The introduction of service by email should however make it easier to prove that service has taken place, particularly if the applicant can evidence correspondence with respondent via the email address used by the court.

In terms of timing, one of the biggest changes is the 20 week period for reflection which commences immediately when the divorce application is issued by the court. This hiatus is intended to give the parties the time to deal with issues such as financial settlement and arrangements for the children. When the 20 week period is over the applicant, or both applicants (if it’s a joint application), can apply for the conditional order and, after a further 6 weeks, they can apply for the final order which dissolves the marriage.

For better or for worse?

There has been some criticism of the new 20 week reflection period as it increases the overall time it takes to get divorced to 26 weeks (6 months) which may seem at odds with simplifying the process. However, in reality, most individuals also need to deal with financial disclosure and a financial settlement when the divorce proceedings have been commenced meaning that the new timescales should not be detrimental.

Cases with complex assets or protracted negotiations can often take much longer than 6 months so the new timescales will have little impact on progress. Cases with a simple factual matrix may be settled either before or within the reflection period and, in those cases, the parties will simply need to wait for the conditional order be made so that they can submit their agreement to be approved by the Court.

Since the implementation of the new law earlier this month, there has been further criticism that in making it easier to get divorced, the legislation will encourage a higher rate of divorce and that individuals will rush to get divorced. A sharp increase in the number of applications was reported on 6 April 2022 but this may simply be a reflection of individuals who chose to wait until that date to apply under the new legislation, rather than a sudden uptake in getting divorced.

Whether an increase in divorce will be borne out statistically or not, there has been overwhelming support for ‘no fault’ divorce for over two decades and it is acknowledged by most that a more straightforward and conciliatory process is a better for all, particularly cases involving children where preserving a good relationship with an ex-spouse is desirable.

Whilst applicants will find that the online process has been simplified, as they will no longer need to apply one of the five facts to their circumstances or provide written evidence of the irretrievable breakdown of the marriage, there are still issues upon which they may require legal advice.

For example where one party or both parties live abroad, or the family lives across multiple jurisdictions, it is vital that advice about the divorce is obtained at an early stage as the timing of the application may be crucial. Further, in relation to the parties’ financial affairs, obtaining a final order at the end of the divorce proceedings does not achieve a clean break or final financial settlement, only a separate order of the court dealing specifically with the finances made via a different application can do this.

Whether the parties’ assets are straightforward or complex, each party should obtain independent legal advice to understand the best way to deal with the separation of their financial affairs. The introduction of ‘no fault’ divorce does not change the way that the parties’ finances are dealt with; issues such as financial disclosure, valuing business interests or properties, pension sharing or assets with an international aspect can be extremely difficult to navigate without legal advice.

So, whilst the new legislation has brought an end to the ‘blame game’ and has simplified the process of dissolving a marriage, it is still very important to seek the advice of a specialist family lawyer about the wider implications of divorce.

Tue May 3 , 2022
Most banks and their service providers are familiar with the final rule governing notice for “notification incidents” and “cyber security incidents.” With compliance due by May 1, 2022, the rule establishes standards and deadlines for service providers to notify banks of such incidents and for banks to notify their primary federal regulator […] 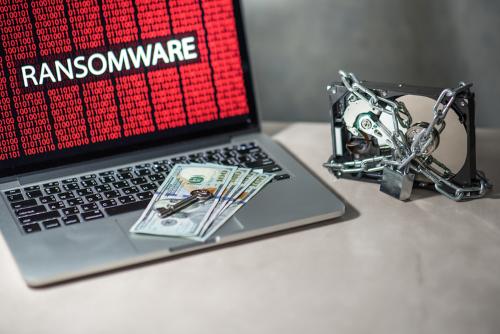