Recently, a wave of unionization efforts has sprung up in company-owned Starbucks locations throughout the United States. Beginning with a successful union vote in Buffalo, New York, many Starbucks workers have endeavored to enable collective bargaining so that they can secure better contracts.

Since the Buffalo votes, workers in upwards of 60 stores across the United States – including stores in Ohio – have decided to pursue unionization. However, these unionization efforts do not come without their Starbucks-imposed risks.

Starbucks does its best to escape accusations of worker mistreatment with its claims of “world-class benefits.” While, admittedly, the benefits that Starbucks positions offer are better than many restaurant industry benefits in the United States, their practices when it comes to unionization efforts have been – and continue to be – less than savory.

As far back as 1987, shortly after the first votes to unionize several Starbucks locations through the United Food and Commercial Workers union, Starbucks has done its best to make unionization difficult for its workers. At the time, new CEO Howard Schultz revoked his alleged promise to honor an inherited union contract and instead locked Starbucks unions in a contractual battle that would never be resolved.

The union was then decertified, Schultz claimed, by a petition created by a Starbucks barista. However, local union representatives suggested that Starbucks itself filed the petition.

Unfortunately, the events in 1987 were only the start of Starbucks’ union busting agenda. In 2007, for example, the National Labor Relations Board in New York charged Starbucks with 30 labor law violations in its attempts to resist unionization at four stores in Manhattan.

Back to present day, Starbucks continues to do its best to prevent unionization in the latest surge of pro-worker sentiment at its stores. In early February of this year, Starbucks fired seven Memphis employees who were looking to unionize their location.

Even when they choose not to fire workers, scare tactics that Starbucks refers to as standard company practices are incredibly common: sending additional managers or executives from out of town to monitor baristas, as was done in Buffalo, is just one of Starbucks’ several union-busting strategies.

As so many Starbucks workers strive to unionize in the coming months, consumers and workers alike must understand the weight and power of their collective voices when used correctly. Commonly recommended options like choosing to boycott Starbucks can be effective, but they are by no means the only option.

One of the largest problems that workers in the United States face regarding labor movements is the distinct lack of worker protections offered by our labor law. For example, most United States workers are employed under an at-will system, meaning that they can be fired for any reason so long as that reason is not illegal. This makes constructing unions especially hard, because although firing for union activities is illegal, employers, like Starbucks,  can often fire workers trying to unionize and claim that it is simply coincidence.

While boycotting can help on a corporation-by-corporation basis, legal faults like this must be mended through collective action and campaigns supporting candidates that desire to fix labor laws.

With countless nearby restaurant locations and several Starbucks stores, along with tens of thousands of students soon to enter the workforce full-time, University of Cincinnati students are almost bound to be involved in a unionization effort at some point. As that time draws near, it is up to us to promote change in a legal system that consistently fails to protect workers.

Mon Feb 21 , 2022
Medical marijuana companies in New Jersey have been clamoring for months for permission from regulators to sell recreational weed to adults. A year ago, Gov. Phil Murphy signed a law that allowed such a regulated cannabis industry to operate in the state. The companies say they are ready and have […] 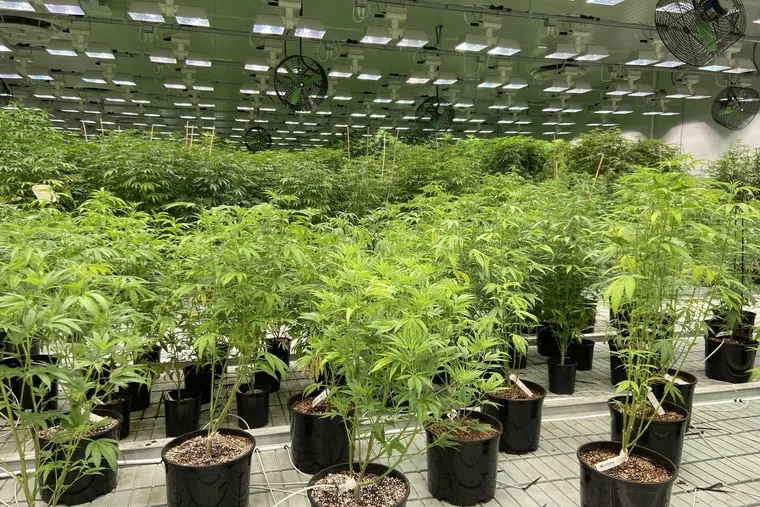