Ian Kullgren: President ’s top labor adviser, Seth Harris, is staying put after attempting to jump to another job in the administration.

For the past few months, Harris, deputy assistant to the president for labor and the economy, had been gunning to run the Social Security Administration, a position that’s remained vacant since Biden fired the Trump-appointed commissioner in July.

Harris pushed hard, soliciting letters of recommendation and actively building support from key administration players, two people familiar with the situation said. His interest in the Senate-confirmed gig was reported by HuffPost in August.

But the White House had other ideas.

A White House official said in a statement to Bloomberg Law that “top White House leadership” asked him to stay at 1600 Penn to help implement labor provisions of the new infrastructure law (Public Law 117-58).

Harris directed us to the White House press shop when we contacted him.

It’s not surprising the administration would want a former deputy and acting labor secretary to remain on hand as agencies translate the roughly $1 trillion legislation into contracts for individual projects.

The administration is starting to promote the rollout more aggressively, and building trades unions will be zeroing in on steps the U.S. Department of Labor takes to ensure that contracts pay workers wages and benefits in keeping with similar local jobs.

The status quo for Harris may be good news for labor leaders. Some have grumbled privately about Harris trying to ditch his White House gig after only a year when the to-do list is so long.

The president’s task force to promote union organizing still hasn’t published a set of recommendations that was completed in October.

Harris has played an important role in that effort, and union leaders are getting antsy to see the finished product. After all, Biden has a long way to go to accomplish labor law reform on Capitol Hill, and midterm elections that could be punishing for his party are fast approaching.

Harris’ continued presence at the White House could ensure Biden doesn’t forget about his labor constituency amid a Supreme Court battle, ballooning inflation, and a staredown with Russia in Ukraine.

U.S. Employment Costs Climb in 2021 by Most in Two Decades

Rebecca Rainey: The bipartisan Infrastructure Investment and Jobs Act, aside from playing a big role in Harris’ professional life, has prompted a rebrand of Labor Department services.

Ahead of the wave of contracts that will flow from the new law, the department has changed the way it promotes various existing functions, hoping it will help advance the Biden administration’s job-quality goals.

The “Good Jobs Initiative” Labor Secretary Marty Walsh announced earlier this month “is like new branding, but it’s not really new work,” a DOL senior official said in an interview arranged by the department.

The initiative seeks to increase protections in federal contracts and give workers more of a heads-up about their unionization rights. It will take work the department’s subagencies already conduct and streamline it into “a more coordinated and targeted effort,” alongside the White House, which is the main driver, the official said, speaking on condition that their name not be used. 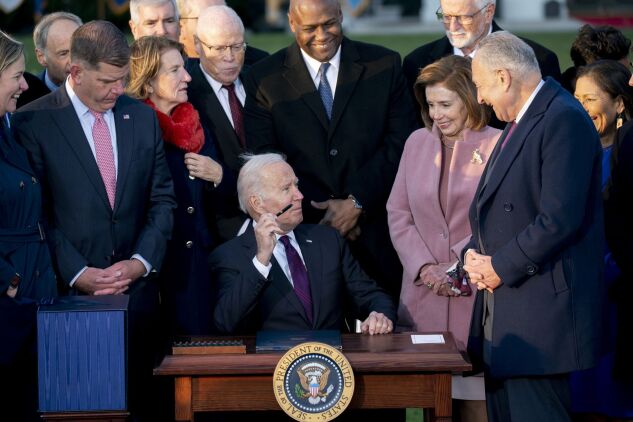 Internally, that includes efforts to assist other federal contracting agencies with inclusion of prevailing wage standards under the Davis-Bacon Act; adherence to anti-discrimination and equal employment opportunity requirements; as well as consideration of project labor agreements, which are pre-hire pacts that guarantee a contractor will enter into collective bargaining agreements with at least one union covering the duration of the project.

The official said the difference is that “the full services of DOL” are being made available to other agencies.

In the past, the official added, there might not have been such a “coordinated and strategic effort” to explain the department’s services to agencies writing contracts—in other words, saying: “As you’re thinking about creating good jobs right now on this bill, let us help you.”

The campaign follows the department’s launch of an infrastructure website in mid-December outlining protections for construction workers under the infrastructure law and compiling various guidance documents on prevailing wage standards and requirements for government contractors.

Combined, the efforts appear to show the administration taking steps to make good on its promise to the building trades unions to ensure federal agencies stick to Davis-Bacon requirements, which mandate that federally funded projects provide wages and benefits on par with similar local jobs.

Unions have faulted the DOL’s Wage and Hour Division over Davis-Bacon compliance in the past. Following the 2009 Recovery Act—the largest federal investment subject to Davis-Bacon requirements in recent history—the department struggled to secure commitments on worker pay standards from government agencies that awarded contracts.

We’re punching out. Daily Labor Report subscribers, please check in for updates during the week, and feel free to reach out to us.

Mon Jan 31 , 2022
The driver of an armored car carrying $712,000 in cash from licensed marijuana dispensaries was heading into Barstow on a Mojave Desert freeway in November when San Bernardino County sheriff’s deputies pulled him over. They interrogated him, seized the money and turned it over to the FBI. A few weeks […] 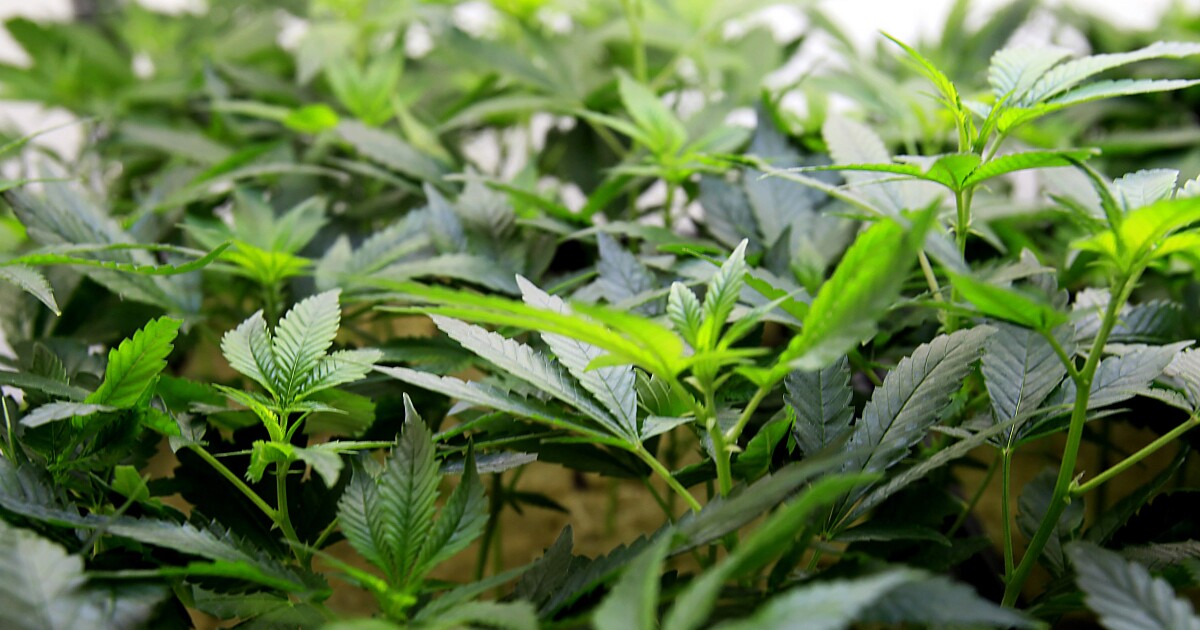