EXCLUSIVE: Republicans in Congress are accusing Treasury Secretary Janet Yellen of violating the law by failing to testify before congressional committees on coronavirus relief programs for businesses.

Ranking Member Rand Paul, R-Ky., and nine GOP members of the Senate Small Business committee gave Yellen a Wednesday deadline to schedule her testimony before the panel that they argue is one year overdue according to language in a 2020 appropriations bill.

“I’ve repeatedly asked for Treasury Secretary Yellen to fulfill her duties and appear before the Small Business Committee. Yet again, the Biden Administration is neglecting Congress’ proper oversight into a taxpayer funded department that is partially responsible for skyrocketing debt and a 41-year high inflation rate,” Paul said in a statement to Fox News Digital. “We’ve been more than willing to accommodate Secretary Yellen’s schedule, however we are prepared to use all tools available to us to ensure her compliance with the law if it becomes necessary.”

Over in the House, the top Republican on the Small Business Committee is having the same problem with getting Yellen to testify on the role and impact of the Paycheck Protection Program, the major COVID-19 relief program for small businesses.

“The repeated refusal from Secretary Janet Yellen to testify before the House Committee on Small Business is nothing less than blatant disregard for the law, small businesses, and the American people,” Ranking Member Blaine Luetkemeyer, R-Mo., told Fox Business. “The Secretary’s behavior is a continued violation of federal law.”

At issue is the Consolidated Appropriations Act of 2021 that was signed into law in December 2020. It had an oversight provision in the language that requires the Treasury Secretary to testify before the House and Senate Small Business Committees about the economic aid to hard-hit small businesses and nonprofits within “120 days after the date of enactment of this Act, and not less than twice each year thereafter.”

By that timeframe, Yellen was first due before the committees by April 26, 2021, and would have to appear two times in 2022.

A Treasury spokesperson told FOX Business that Yellen has appeared before different committees in Congress and her deputy can appear before the Small Business committees in her place.

But the GOP members want Yellen herself, as the law states “the Secretary of the Treasury shall testify.”

“The Secretary’s behavior indicates she believes herself to be above the law – which continues this administration and the left’s tendency of ‘rules for thee, but not for me,’ mindset,” Luetkemeyer said.

GET FOX BUSINESS ON THE GO BY CLICKING HERE

Spokespeople for the Democratic chairs of the House and Senate Small Business Committees did not immediately respond to requests for comment on whether Yellen was in violation of the law.

Sun Apr 24 , 2022
Westchester County divorce lawyer Juan Luciano releases a new article (https://divorcelawfirmnyc.com/westchester-divorce-lawyer/) on family law and New York family law attorneys. According to the lawyer, divorce can be very difficult and can cause significant financial and emotional stress for the family. It is important to have a kind and compassionate attorney […] 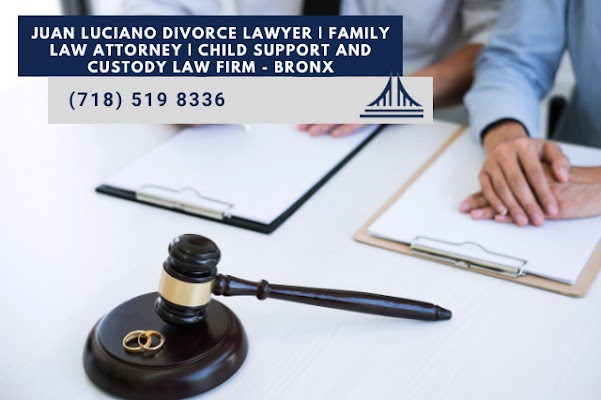