Earlier this week, Republican Governor Greg Abbott sent a letter to the Texas Department of Family and Protective Services, directing it to probe “any reported instances of Texas children being subjected to abusive gender-transitioning procedures”.

The order — which has been condemned by US President Joe Biden’s Democratic administration — followed a legal opinion issued by the Texas attorney general stating that “a number of so-called ‘sex-change’ procedures for minors already constitute child abuse under existing Texas law.”

In a virtual meeting hosted by the group, 11-year-old Libby Gonzalez said it “feels very scary”.

“It’s also super annoying that all of these lawmakers are just bullying me and other trans and non-binary kids. It’s really sad,” she said.

“To say that it’s scary is an understatement of a lifetime,” said her mother, Rachel Gonzales.

“There are more than 25 years of published scientific evidence that support current clinical practice guidelines and standards of care,” he said.

“This interdisciplinary model of care that is referred to as a gender-affirming approach has been endorsed by every major medical and mental health professional health society in the United States.”

The Transgender Law Center has slammed the opinion and order as seeking “to criminalize parents, caregivers, guardians, or health care professionals.”

The White House issued its own condemnation on Thursday.

“The Texas Attorney General’s attack on loving parents who seek medical care for their transgender children is dangerous to the health of kids in Texas and part of a much larger trend of conservative officials cynically attacking LGBTQI+ youth to score political points,” a spokesperson told US media.

Several US states, including South Dakota, Alabama and Florida, have put forward legislation regarding transgender youth in recent years.

Mon Feb 28 , 2022
New York City family law attorney Ryan Besinque (https://www.besinquelaw.com/family-law-attorney/) releases a new article that explains what family law means in New York. The lawyer mentions that there are many challenges that families have to go through over the course of their lifetime. Many of these challenges may require the skills […] 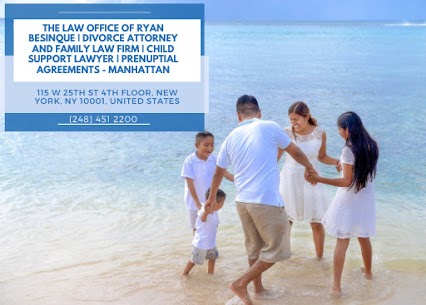