BROOKWOOD, Ala. (WBRC) – A methane pipeline ruptured in Brookwood after midnight Thursday, according to ATF agents.

Special Agent Bridgette Mason said on March 24, 2022, shortly after midnight, the Tuscaloosa Sheriff’s Office received a report of an explosion that occurred on Hannah Creek Road in Brookwood. A Warrior Met Coal mine is located in this area.

Investigators said law enforcement personnel located a methane pipeline that was ruptured along with debris, which indicates the incident could possibly be the result of a criminal act.

UPDATE: The Alabama Mining Association announced Brookwood’s Warrior Met Coal, Inc. is offering $25,000 to anyone who provides information which directly leads to an arrest and conviction of the person responsible for the attack against the natural gas pipelines.

Anyone with information regarding this incident should contact the FBI’s Birmingham Field Office directly at 1-205-326-6166 or through their website at www.tips.fbi.gov or the Bureau of Alcohol, Tobacco, Firearms and Explosives (ATF) through the ATF Tip Line at 1-888-283-8477.

Warrior Met Coal issued this statement: The suspected use of explosives and subsequent damage to the natural gas pipelines owned by the Company, endangered the health and safety of members of the public, employees, and first responders. The incident forced authorities to close portions of Hannah Creek Road near Brookwood throughout the morning.

Concerning the serious nature of the events, D’Andre Wright, spokesperson for the Company, commented “Warrior Met Coal and its subsidiaries have always focused on the safety of our employees and the communities in which we live and operate. We believe today’s attack on our pipeline facilities was related to the ongoing labor dispute.

As a critical infrastructure industry, it is imperative we protect our assets from acts of violence and vandalism to ensure public safety. While no injuries are known to have occurred, the threat to lives and property posed by this irresponsible and illegal attack is tremendous. We are cooperating fully with the ongoing investigation and expect those involved will be prosecuted to the fullest extent of the law.”

Patrick Cagle, president of AMA, called on all members of the mining community to condemn the attack.

“No one who shares the values of Alabama’s 21st century mining community would participate in, stand by, or stay silent about this dangerous, inexcusable attack,” Cagle stated. “Today’s events should be universally and categorically denounced. The mining industry prides itself on prioritizing safety above everything else, and this attack is ultimately an attack on what we stand for.

Larry Spencer from United Mine Workers of America is the local chapter’s international vice president. He told WBRC the explosion has nothing to do with the labor dispute.

The ATF is working collaboratively with its law enforcement partners to investigate the incident.

CLICK HERE TO GET THE WBRC FOX6 NEWS APP

Subscribe to our WBRC newsletter and receive the latest local news and weather straight to your email.

Mon Mar 28 , 2022
Labor law is not at the heart of the French presidential campaign, which is rather unusual. The latest major reforms, initiated under the presidency of François Hollande and then extended by the “Marcon” ordinances of September 22, 2017, seem to lead to an exhaustion of legislative inflation in this area. […] 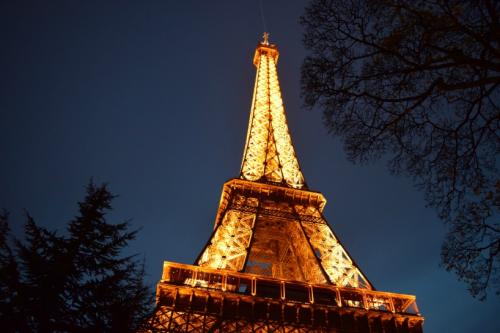