An update about the major overhaul of the county’s criminal justice system — with an emphasis on keeping the County Jail population down — was overshadowed by reports that a homeless woman had been murdered this week on lower State Street by a suspect just released from County Jail wearing an ankle monitor.

While there was much talk of “peeling back the onion” — by some county supervisors — and airing out pertinent details of the murder, county administrator Mona Miyasato and Deputy District Attorney John Savrnoch both stressed the time for such onion-peeling was not ripe.

Savrnoch was emphatic that the facts of the murder case had nothing to do with the sort of programs — restorative justice, pre-trial supervised release, and diversion, to name just a few — that fall under the umbrella of Criminal Justice Partners Improvement Efforts, the program then under discussion and for which no acronym has, mercifully, been devised.

While much remains still to be known, the suspect in that murder case, a 46-year-old with a criminal rap sheet dating back to 2002 named Gabriel Jose Zepeda, had been released on March 10 after having been charged on November 21 with felonious second-degree commercial burglary, which typically involves shoplifting. Santa Barbara police report that Zepeda was arrested on November 3 for breaking into the basement of La Arcada shopping complex on the 1100 block of State Street shortly after 5 a.m. and letting two others inside. When police arrived, Zepeda reportedly was pretending to be asleep in the basement and later claimed he had permission from a La Arcada employee to sleep there. Security camera video, however, contradicted this account and Zepeda’s thermos reportedly contained brass and copper objects that had been stolen from somewhere within the shopping complex. Only a few hours earlier, city police responded to a call for service from the Good Lion, which reported that Zepeda became unruly after having been served a drink and was asked to leave. On the way out, he knocked over space heaters in the establishment’s parklet. He then vandalized the sign of the Sama Sama Kitchen restaurant next door, stealing the letters S and M. He told police the letters came from Santa Maria, where he is from.

Zepeda had pled guilty to the crime when he was released on what’s known as a “Cruz waiver” pending sentencing by Judge Kip Anderson with concurrence by his defense attorney and his prosecutor. Second-degree burglary is a nonviolent crime. The Cruz waiver allowed Zepeda to remain at large — though wearing an ankle monitor — until his sentencing date.

County probation officers, however, had opposed Zepeda’s release earlier in the process based on his prior history. Zepeda had been arrested for stalking and violating the terms of a restraining order — among other offenses — in the past two years. Three days after his release, Zepeda — it is alleged — killed a homeless woman, who is not yet identified pending notification of next of kin but is known to be a habitué of the zero to 200 blocks of State Street. Police received a call her body had been found in the parking lot of Mountain Air Sports early Monday morning, where she reportedly regularly slept.

While the investigation remains ongoing, it appears the murder may have taken place in the course of a robbery. There’s no indication the victim and Zepeda knew each other. The victim was known to police and was reportedly polite and neat, always up and out by the time Mountain Air Sports opened for business in the morning. Zepeda is currently in custody and being held on $1 million bail.

Calling the matter to the supervisors’ attention was conservative watchdog Andy Caldwell of COLAB, a critic of current efforts to reengineer the criminal justice system on the grounds that they favor criminals at the expense of victims. If his intent was to make supervisors uncomfortable, it worked.

Supervisor Steve Lavagnino asked, “What do I tell members of the public?” Fellow North County supervisor Bob Nelson noted that such crimes, however heinous, had become almost a weekly occurrence in Santa Maria and Lompoc. Lavagnino exclaimed how in the past week, there’d been a fatal shooting at a 7-Eleven in the heart of Santa Maria’s central business district. What was driving the rise in violent crime? he asked. Were some of the criminal justice reforms recently enacted by the State Legislature responsible?

Leading the charge to reduce recidivism, decrease jail populations, and improve coordination and cooperation among the four main law enforcement partners — the sheriff, the District Attorney, the Public Defender, and the county Probation Department — is retired Riverside County Judge Sherrill Ellsworth. Speaking with a bracing enthusiasm, Ellsworth said she’d served on the bench for 20 years. “I’ve seen it all,” she declared. “No matter what you do, there will always be the aberration,” referring to the State Street killing. She argued that by “diverting” low-level offenders into various programs that could fall under the “diversion” category, otherwise overwhelmed district attorneys and public defenders could focus their limited time and resources on the more pressing cases involving more serious crimes.

Driving the supervisors’ efforts to reengineer the criminal justice system is a conviction that too many people are being locked up for lesser crimes at a great cost to themselves and the taxpayers. The four departments combined consume 23 percent of the county’s billion-dollar budget. During COVID, the average jail population dropped to a low 638 inmates in 2021; now, it’s back up to 796. Most years, it averages about 950. Supervisors have committed $4.5 million to find inefficiencies and inequities in the system, which, if addressed, they hope, will promote greater fairness and save the county money without compromising public safety.

Some of the solutions focused on by Ellsworth and her working group of high-ranking stakeholders are more immediate. For example, no less than 121 of the jail’s 796 inmates have been there for more than a year. (Traditionally, county jails were intended to hold people sentenced to no more than a year.) Most are still awaiting trial. Those cases, Ellsworth said, need more focus and attention.

Another seemingly simple but major problem, she said, was lack of access to the inmates by their lawyers and probation officers. Under COVID, that’s been especially true with only a limited number of Zoom meeting rooms. Unless there’s that access, Ellsworth said, it’s hard to really determine which inmates would gain the best result from which of the varieties of programs that purport to lower recidivism rates.

Another major yet simple challenge involves the exchange of electronic evidence between law enforcement, the prosecution, and the defense attorneys. With officers of all law enforcement agencies in the county now wearing body cameras, the quantity of electronic evidence is staggering. Currently, the county is seeking proposals for an electronic storage program to greatly increase the speed and efficiency with which such data is exchanged. The slowness of this exchange now is one of many significant reasons for the length of time it now takes cases to be resolved.

And John Savrnoch, now the only person on the ballot running to be Santa Barbara’s next District Attorney, practically gushed. Many agencies dealing with aspects of criminal justice duplicated their work because they never communicated with one another. Such duplication of services was too costly, he said. “For 20 years, I’ve heard people talk about breaking down the silos,” he said. “This is the first time I’ve ever seen it done.”

Correction and Clarification: Probation objected to Zepeda’s release prior to, not during, the Cruz Waiver hearing. It was at that point that his prior history — involving multiple restraining orders, restraining order violations, stalking allegations, and a charge that he made threats sufficiently serious to make the recipient fear for her safety and that of her immediate family members. The crime Zepeda was charged with — and to which he pled no contest — was commercial burglary, i.e., breaking into La Arcada shopping complex early in the morning of November 3, 2021. When officers found him, he was appeared to be sleeping. His offense was both minor and nonviolent. The Cruz Waiver was issued in this case because Zepeda had informed authorities that a grandmother in Santa Maria was ill and might be dying. Given that he was slated to be sentenced to 16 months in early April, the Cruz Waiver was issued so that he could visit with his grandmother.

Support the Santa Barbara Independent through a long-term or a single contribution.

Mon Mar 21 , 2022
FRANKFORT, Ky. (LEX 18) — Julie Cantwell took her spot inside the basement level of the Capitol annex building, where she’d spend a few hours on Wednesday hoping to put a little pressure on legislators to pass House Bill 136 during this legislative session. HB 136, as written, would make […] 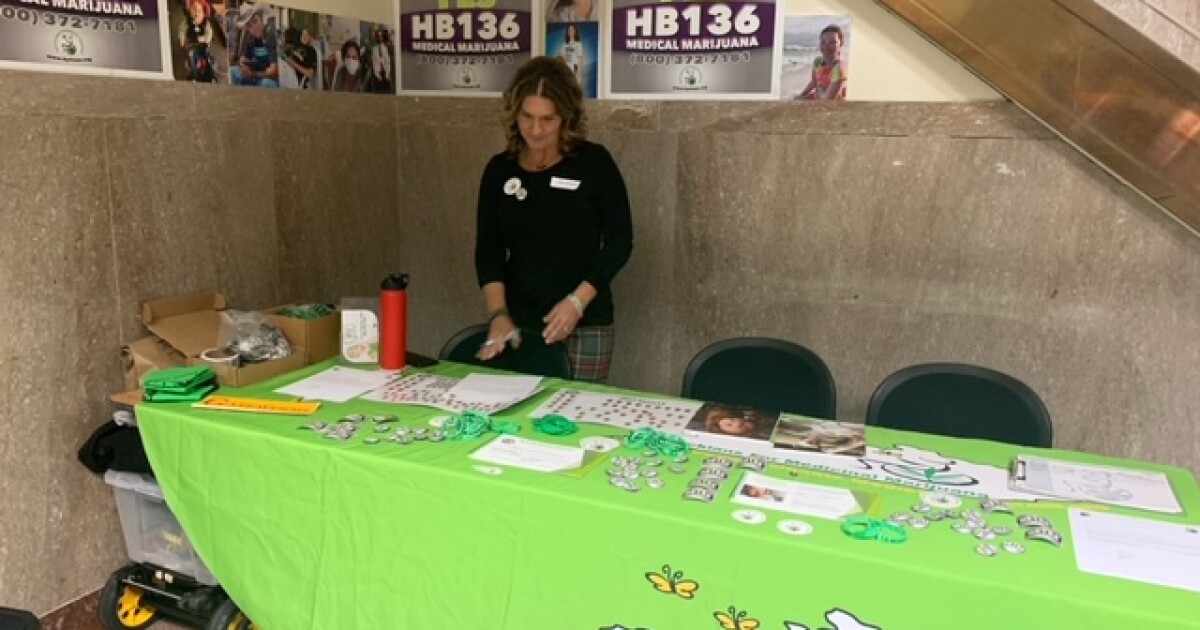