Scribd Inc., an audio- and e-book reading subscription service that has held talks with advisers about going public, has named Laura Malinasky as its first law department leader.

The San Francisco-based company said in a blog post Thursday that Malinasky is a member of its executive team as chief legal officer and general counsel.

“I am passionate about Scribd’s mission to change the way the world reads,” she said in a statement.

John “Trip” Adler III, a co-founder of Scribd and the company’s chief executive officer, said Malinasky was hired for her background in the technology sector at private and public software and technology companies.

Her prior work “navigating the intricate legal matters faced by global companies that are undergoing intense growth,” as well as Malinasky’s international expertise, will complete Scridb’s executive leadership team as the company seeks to expand its global offerings, Adler said.

She worked on that deal, which saw Planet go public in December after the company brought on a new top lawyer in Amy Keating, a former legal chief at Mozilla Corp.

Prior to Planet, which Malinasky joined in 2017, she spent three years as chief legal and human resources officer at Dynatrace Inc., a software intelligence platform that went public in 2019. The former Wilson Sonsini Goodrich & Rosati associate started her in-house career in 2002 at Incyte Corp.

Malinasky spent a year at the pharmaceutical company before joining Tibco Software Inc., a business intelligence software company where she worked for more than a decade, rising to the level of vice president of legal affairs.

She joins a team at Scribd that includes director of legal Teddy Joe, who will remain in that position, said company spokesman Bob Ferguson. Scribd hired Joe, a former associate general counsel and head of intellectual property at mobile gaming company Zynga Inc., in 2019.

Scribd, started in 2007 as a document-sharing website, has over the years grown to include other online content, such as books, magazines, news and podcasts. The company raised $58 million in its most recent funding round in 2019 led by Spectrum Equity Investors LP.

Fenwick & West advised Scribd on that fundraising, which reportedly valued the company at $450 million. Fenwick has also counseled Scribd on its acquisition in 2020 of SlideShare, a hosting service for professional content previously owned by Microsoft Corp.’s LinkedIn, which was advised by Wilson Sonsini.

Scribd has publishing agreements with several companies, including Bloomberg Law’s affiliate company Bloomberg LP. But since its founding, Scribd has battled copyright claims from plaintiffs, who claim its platform infringed on their content. Copyright and patent cases have comprised nearly 40% of Scribd’s caseload in U.S. federal courts since 2007, according to Bloomberg Law data.

Fenwick has handled almost 50% of Scribd’s federal litigation work during that period, followed by Wilson Sonsini at nearly 16% and Gordon Rees Scully Mansukhani at roughly 11%, according to Bloomberg Law data.

Zakharenko, who spent more than a half-dozen years at Newark, N.J.-based Audible, was hired last summer to be director of product legal at Netflix Inc.

Why Do Divorce Filings Increase After the Holidays?

Wed Apr 27 , 2022
HACKENSACK, NJ, April 23, 2022 /24-7PressRelease/ — People say that divorce seems to follow an annual pattern, with an increased number of people getting the marital blues in January through March. A University of Washington study indicates that divorce filings flood family courts beginning in January and reach their peak […] 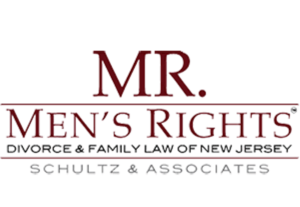