Delaware Supreme Court held that Abry’s
prohibition on sellers from excluding seller liability for fraud
under the acquisition agreement only applies to intentional fraud;
under Delaware law, fraud based on recklessness can be
excluded.

Express Scripts involved an appeal from an $82.1
million jury award to an affiliate of a private equity fund (buyer)
against sellers of businesses acquired by buyer for fraudulently
inflating revenue and working capital of one of the acquired
businesses. The fraud claim was based on financial statement
representations and warranties under the securities purchase
agreement (the SPA). The issue on appeal was whether the jury in
the Delaware Superior Court action was properly instructed to
consider both deliberate fraud and recklessness. In reversing the
Superior Court’s judgment and remanding for a new trial, the
Supreme Court held that the relevant provisions of the SPA
permitted recovery only for intentional fraud, and that limiting
recovery for fraud under the SPA in this manner was permissible
under Delaware law.

The court noted the tension articulated in ABRY Partners V,
L.P., v. F&W Acquisition LLC, 1 between the
“strong tradition in American law that holds that contracts
may not insulate a party from damages or rescission resulting from
the party’s fraudulent conduct”, and the “strong
American tradition of freedom of contract.”2 The
Express Scripts court noted that the Abry court resolved the
tension by holding that a contracting party cannot limit its own
liability for fraud that it consciously participated in, but can
limit its own liability for fraud where it merely acted “in a
reckless, grossly negligent, or negligent manner”.

The court held that the indemnification framework under the SPA
was consistent with the approach endorsed in Abry. Section 9.6(D)
of the SPA provided (text bolded by the court):

The court held that this unambiguously provided that except in
the case of deliberate fraud, the buyer’s exclusive remedy for
breach of the general representations and warranties was the
representation and warranty insurance policy (the R&W Policy).
The court held that this interpretation was supported by language
in the buyer’s representations and warranties relating to the
R&W Policy, which contained exceptions from a representation
that the R&W Policy would not create liability for sellers, and
from the obligation to include a waiver on subrogation rights, in
connection with deliberate fraudulent acts, statements or
omissions

The court rejected the buyer’s arguments that various
references in Article 9 and elsewhere in the SPA to fraud, without
referencing deliberate fraud, evidenced a coherent drafting
approach that permitted buyer to recover for common law fraud,
including fraud based on recklessness. The court noted that Section
9.6(D) expressly superseded other provisions of the SPA, and that
while the first sentence of Section 9.6(D) referenced fraud
generally, the second sentence, which referenced deliberate fraud,
followed on from, and refined, the first sentence. The court also
rejected the buyer’s grammatical arguments that the word
“deliberate” in Section 9.6(D) qualified the words
“act”, “statement” and “omission”,
and not the word fraudulent”, and that “deliberate”
fraud can include recklessness.

The decision provides useful confirmation of the scope of Abry,
which is the seminal decision on the permissibility of limiting
liability for fraud in M&A transactions. Express Scripts
confirms that the approach taken in many deals of limiting the
fraud exclusion from the exclusive remedies under the acquisition
agreement to just intentional fraud is permissible under Delaware
law. Express Scripts also serves as a reminder to parties of the
importance of having a clear definition of fraud in acquisition
agreements and ensuring that it is consistently used.

In case of first impression, Delaware Chancery Court adopted
theory of “reverse veil piercing” to permit plaintiffs to
pierce the corporate veil to enforce an award against the judgement
debtor’s subsidiaries.

Plaintiffs were former stockholders of SourceHOV Holding, Inc.
(the Company), a company that was acquired by defendant Exela
Technologies, Inc. in a merger in which shares of common stock of
the company were converted into the right to receive a membership
interest of an affiliate of Exela. The merger and related follow-on
merger resulted in the Company becoming an indirect subsidiary of
Exela.3 Plaintiffs exercised dissenters rights and
commenced an appraisal action in the Delaware Court of Chancery.
The court appraised the fair value of the common stock at $4,591
per share, resulting in plaintiffs’ shares being worth
$57,684,471. The decision was affirmed on appeal by the
Company.

3 The court’s decision refers to the Company becoming
an indirect subsidiary of Exela, but an org chart in the decision
indicates that the Company may have converted into an LLC in
connection with the mergers. Whether the Company ended up becoming
a corporation or an LLC following the mergers does not appear to be
critical to the decision.

Wed Feb 23 , 2022
DALLAS, TX / ACCESSWIRE / February 17, 2022 / Getting a divorce is one of the top five most stressful events that can occur during your life. However, with the guidance of an experienced legal team and a little preparation, achieving a happy and healthy divorce is possible. The attorneys […] 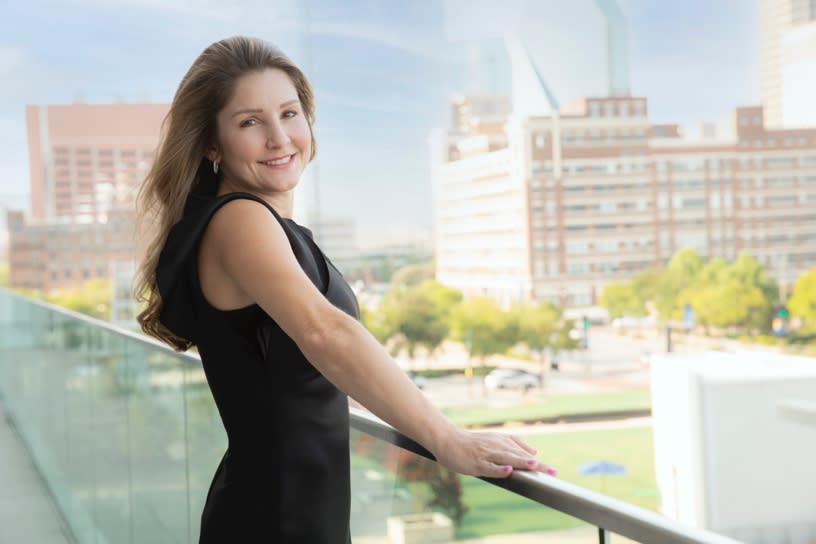