FRANKFORT, Ky. (LEX 18) — Julie Cantwell took her spot inside the basement level of the Capitol annex building, where she’d spend a few hours on Wednesday hoping to put a little pressure on legislators to pass House Bill 136 during this legislative session.

HB 136, as written, would make Kentucky the 38th state to legalize some form of marijuana use. In Kentucky’s case, it would be for medicinal purposes covering a shortlist of health conditions. Epilepsy would be one of those conditions, which is why Cantwell was there Wednesday. Her son was diagnosed at the age of 4.

“Some of them were Petit Mal seizures where would be looking at you then blank out. Those would last for about 10-15 seconds,” she said of the more benign seizures he experienced.

“Then he’d have Grand Mal seizures where he’s unconscious. He’s fallen and broken bones, so he’s had quite a time with them,” Cantwell explained.

But 2 ½ years ago, something amazing happened when the family decided to travel out of state to one of the 37 that has legalized marijuana usage.

In 29 months, he’s gone from having 200 daily, some of which were dangerous and scary, to being completely rid of them thanks to the CBD and THC he’s been able to access in other states. Now, Mrs. Cantwell would like for him, and any other person with a medical condition who could be helped by it, to have access here in Kentucky.

And it now seems as if HB 136 has bipartisan support in the house. State Representative Rachel Roberts (D-67th District) hopes there’s support in the Senate as well during this year’s legislative session.

“Democrats aren’t holding this up, it’s the majority party that’s been holding this up,” she said before adding that she is sponsoring a future bill that would allow for recreational use across Kentucky as well. Even as written, she feels HB 136 is still too restrictive.

“Do I wish we were going further? Do I wish that instead of listing diagnosis that we trust physicians to prescribe the proper medication for patients no matter what their condition is? Yes, I wish we were doing that,” she stated.

Roberts wants one amendment of HB 136 to include PTSD on this year’s bill and eventually hopes to open the path for Parkinson’s Disease, ALS, and many other diseases and disorders.

Mrs. Roberts noted that Kentucky is so late to the table on this, that it should help when it comes time to vote on both the house and senate floors.

“We have data from 37 other states that have already done this. There are plenty of stories of people who’ve had their quality of life greatly improved from this proven medicine,” she said.

With this evidence accompanied by the testimony of Julie Cantwell and her family, they’re hoping for a passed bill.

“We want him to have safe access here in his home state. It feels like a no-brainer,” Cantwell said after noting that traveling out of state becomes costly. But that they’ll continue to do so, as long as the result continues to be so profound for her son.

Mon Mar 21 , 2022
Happy Springtime from the National Law Review to all of our readers! Please read on for the latest in legal industry news, including law firm hiring, professional recognitions and achievements, and diversity and inclusion initiatives. Law Firm Hiring, Promotion, and Expansion Much Shelist, P.C. added Dan Rosenberg to its Construction […] 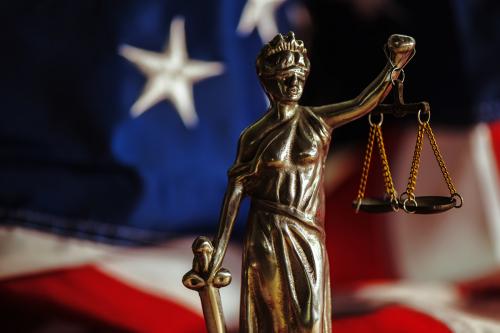