Every few decades one company stands head and shoulders above the rest in the contest for the country’s “worst labor law violator.”

In the 1960s and 1970s, the textile giant J.P. Stevens most deserved the title; the New York Times wrote that the settlement eventually reached between the company and its union marked “the end of one of the ugliest episodes in recent labor history: a 17-year war during which Stevens repeatedly harassed or fired union activists.” In the 1990s, Caterpillar’s dispute with the auto workers union generated several hundred allegations of unlawful management practices. In the early twenty-first century, Walmart repeatedly violated its pro-union workers’ rights, leading the National Labor Relations Board (NLRB) to issue a sweeping “consolidated” charge against the company — essentially a nationwide “cease and desist” order — in January 2014. In the past few years, Amazon’s unlawful efforts to crush unions have attracted widespread media coverage.

Starbucks is violating the law with a frequency and intensity that makes it stand out from more prosaic labor law violators.

But there’s a new kid on the block that deserves the “worst worker rights violator” title: Starbucks.

Since its workers began organizing last September, first in Buffalo and then in dozens of states across the country, Starbucks has engaged in a lawless, gloves-off anti-union campaign. The incredible success of the union drive — workers have petitioned for elections at over 270 stores, won elections at seventy, and lost fewer than ten — has obscured the intensity and brutality of Starbucks’s unlawful union busting, which is much worse than most people could imagine.

US employers are charged with violating federal labor law in 41.5 percent of union election cases. But despite its long attempt to associate its brand name with progressive values, Starbucks is violating the law with a frequency and intensity that makes it stand out from more prosaic labor law violators.

Lest anyone doubts the extent of its union-busting lawlessness, here are but five low points:

1. The extent of Starbucks’s law-breaking is truly eye-popping. According to the NLRB, the board now has a stunning 128 open Starbucks-related unfair labor practice (ULP) cases, which are spread across twenty NLRB regions in nineteen states.

Starbucks Workers United has filed 125 of these ULP charges; a second union, the United Food and Commercial Workers, filed one ULP charge against Starbucks in Wisconsin; and Starbucks HQ has filed two (arguably frivolous) charges against Starbucks Workers United, which is likely an effort to divert attention from the company’s own unlawful behavior. Following investigation, regional NLRB offices have issued complaints — i.e., found the charges to be meritorious — in forty-five cases from all over the country: Buffalo, Memphis, Phoenix, Kansas City, Plover, Wisconsin, and dozens of others.

2. Although ultimately unsuccessful, Starbucks’s corporate management went to extraordinary lengths to try to stop the union campaign in Buffalo last fall and prevent it from spreading to the rest of the country. According to an NLRB complaint issued in early May, management committed over two hundred violations of federal labor law, including firing several pro-union workers, surveilling workers, threatening workers, offering benefits to workers to oppose the union, and closing stores with pro-union majorities in an effort to disrupt the campaign. Rarely has a company committed so many unlawful anti-union actions in one city over a relatively brief period of time.

The board complaint against Starbucks’s unlawful behavior is sweeping in scope. These remedies include a seldom-used bargaining order — requiring the company to bargain with the union even though the company won the election — which the board deemed necessary because the severity of Starbucks’s unlawful practices made impossible a fair rerun election for the foreseeable future — at the only store that Starbucks management won in Buffalo. However, the regional NLRB director in Buffalo took six months to issue their complaint.

Rarely has a company committed so many unlawful anti-union actions in one city over a relatively brief period of time.

If not for these unlawful actions, the union campaign would almost certainly have spread more rapidly and to more locations. In both the Phoenix and Memphis cases, the NLRB has now sought court orders — 10(j) injunctions — to force Starbucks to rehire the workers.

There’s no question that these unlawful terminations have had a chilling impact on the campaign, not just in the stores at which workers have been sacked but at every store around the country in which they are trying to organize. To make matters worse, it took the NLRB several months to seek court orders to compel Starbucks to rehire the workers, and they still have not been rehired.

In the meantime, Starbucks’ unlawful actions have sent a clear message to undecided workers: support the union, you could lose your job.

4. In early May, the company announced that it would introduce a benefit increase, but only to workers in stores that had not already opted for unionization. CEO Howard Schultz and other top managers have misleadingly claimed that the law prevents it from unilaterally changing conditions for union workers. In reality, pro-union workers have informed the company they would not object and called on it to extend the increase to all Starbucks partners.

However, activists report that store and district managers throughout the country have repeated this threat, which has disrupted the union campaign and slowed the filing of new petitions for elections. Led by Cory Booker (D-NJ) and Sherrod Brown (D-OH), fourteen Democratic senators called on Schultz to stop repeating the unlawful threat: “We write to underscore that attempts to interfere with your workers’ right to organize is an illegal unfair labor practice.” (In an apparent act of cowardice, Washington State’s two Democratic senators, Maria Cantwell and Patty Murray, declined to sign on.)

5. Starbucks has used delays to undermine workers, using the country’s leading union-avoidance law firm, Littler Mendelson, in its efforts to exploit every loophole and weakness in the law and the board’s processes. Pro-union workers have repeatedly criticized the NLRB for acting too slowly to rein in Starbucks’s widespread lawlessness. Even now that the board is finally taking more aggressive action, Starbucks will inevitably appeal its decisions for months and months and try to take them to the federal courts, which have dozens of new Donald Trump–appointed judges, who are more likely to be sympathetic to the company’s tsunami of union busting.

Thus, pro-union workers have had to wait many months for the chronically underfunded and understaffed NLRB to act, and now they will likely have to wait many months more until Starbucks’s multimillion dollar anti-union campaign and its lawyers exhaust the appeals process.

Starbucks Worker United’s inspirational, worker-driven campaign may be the most important union drive in almost a century. It remains to be seen whether the Joe Biden NLRB can or will act quickly and decisively enough to stop Starbucks’s incredible wave of lawless union busting from undermining the clear will of its pro-union workers.

Thu May 26 , 2022
An Alabama federal district court judge has issued a ruling blocking enforcement of Alabama SB 184 while a legal challenge to the law proceeds. SB 184 criminalizes parents who seek to get essential medical care for their transgender children’s needs. It provides up to 10 years in prison as penalty […] 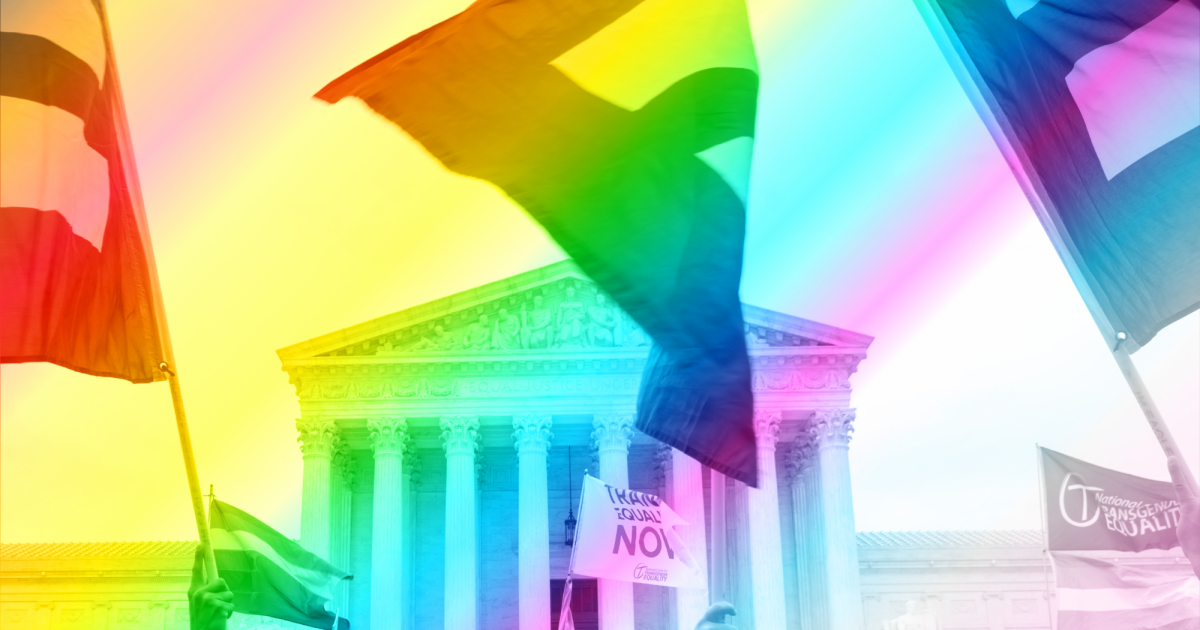