But the issue in the upcoming Supreme Court case questions PAGA’s operation under the Federal Arbitration Act (FAA), as it seeks to resolve whether the latter requires enforcement of a bilateral arbitration agreement, providing that an employee cannot raise representative claims, even under PAGA.

Meanwhile, the Chamber of Commerce and other business organizations submitted a brief to the court in support of nullifying the said statute. “[PAGA effectively invalidates] millions of workplace arbitration agreements that should have been protected by the FAA and severe adverse consequences for businesses with workers in California,” the group said.

Mandatory arbitration has been a hot topic in California over the past few years. In 2019, Gov. Gavin Newsom signed Assembly Bill 51 (AB51) into law, prohibiting forced arbitration as a condition of employment in cases under the Fair Employment and Housing Act (FEHA) and California Labor Code. Additionally, the law prevents employers from retaliating against individuals who don’t sign arbitration agreements.

Historically, businesses have favored the arbitration process, arguing that it’s less expensive and much faster for resolving disputes rather than going through courtroom proceedings. That’s why business associations, such as the U.S. Chamber of Commerce, the California Chamber of Commerce and the National Retail Federation, filed a lawsuit before AB51 was to go into effect, seeking a preliminary injunction due to the legislation conflicting with the Federal Arbitration Act (FAA). The U.S. District Court for the Eastern District of California granted the injunction, but California appealed, and in September, the Ninth Circuit Court of Appeals overturned the decision.

In the case of Chamber of Commerce v. Bonta, the Ninth Circuit concluded that while AB51 focuses on banning mandatory arbitration, it still allows arbitration agreements that are voluntary and consensual. “The state of California has chosen to assure that entry into an arbitration agreement by an employer and employee is mutually consensual and to declare that compelling an unwilling party to arbitrate is an unfair labor practice. We are asked by plaintiffs to hold that the FAA requires parties to arbitrate when but one party desires to do so. Our research leads to nothing in the statutory text of the FAA or Supreme Court precedent that authorizes or justifies such a departure from established jurisprudence, and we decline to so rule,” wrote Judge Carlos Lucero.

Thu Mar 31 , 2022
An entrance sign to the Texas Health Presbyterian Hospital is seen in Dallas, Texas, October 4, 2014. U.S. health officials have fielded inquiries about as many as 100 potential cases of Ebola since the first patient with the deadly virus was detected in the country, but no new infections have […] 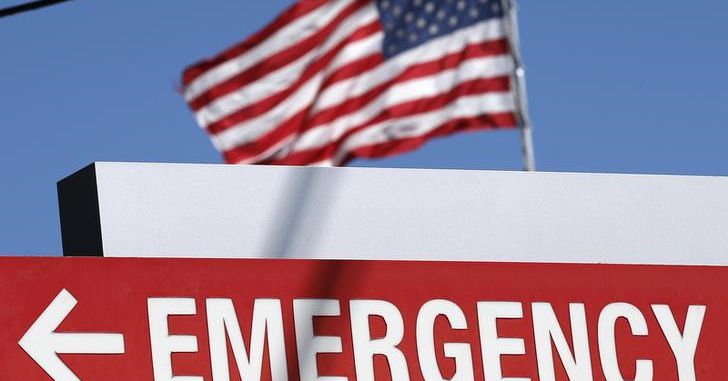