There are few things more obnoxious about the American healthcare system than fat, unexpected medical bills. For those of us who have endured such sacrilege to our finances, there’s some good news: Starting January 1, the “No Surprises Act” (NSA) aims to eliminate most surprise medical bills from out-of-network providers. It’s set to slash 10 million surprise bills a year, which is huge. Could this new ban mean that we can all expect fewer, if any, unexpected medical bills? Optimistically speaking, yes.

The law passed in Congress in late 2020 and was written into last week’s government spending bill after receiving bipartisan support, per CNN. The No Surprises Act would ensure that patients with private insurance would only have to pay in-network costs for emergencies as well as some non-emergencies. Essentially (and ideally), the bill would leave the insurance companies and providers to work out the cost among themselves without having to involve the patient or making us pay the difference.

Now, I know this sounds almost too good to be true and we might still be getting some surprise bills, especially during the first few months of 2022. Still, there’s at least a law that claims to protect us and now we just have to wait and see if it actually works.

Most surprise bills happen when people receive care — often without their knowledge — from out-of-network hospitals, doctors, or providers they didn’t choose, according to the Kaiser Family Foundation. This happens more often than you might think: One in five emergency room visits and as many as 16% of non-emergency hospitalizations end in surprise medical bills (anecdotally speaking, that stat feels kind of small).

Most of the time, the bills aren’t small, either. Although they average at $600, they can easily soar towards the thousands for a million reasons: from unanticipated labs to services from a surgical assistant or an anesthesiologist who isn’t included in your insurance network, even if the facility where you were treated is technically in-network, per NPR.

A vast majority of Americans support getting rid of these headache-inducing hidden bills, according to the Kaiser Foundation. The main opposition comes from physician groups and organizations like the American Medical Association and the American Hospital Association, who have sued the Biden administration and claimed the Act as it stands favors insurance companies. Some also argue that getting rid of surprise fees will lead to higher insurance premiums, although the Congressional Budget Office estimated that it will actually reduce premiums by up to 1%.

Overall, this feels like a very important step in the right direction of fixing our broken healthcare system, which by the way, is still the most expensive of any country in the world. It seems like the pandemic has helped many Americans see the importance of affordable healthcare, which is quickly becoming the one topic most of us can agree upon.

2021 was year of retrenchment in business litigation

Fri Dec 31 , 2021
Dec 20 (Reuters) – For litigators in big-ticket cases, 2021 was a year of a restoration after the pandemic stretched the bounds of normalcy in 2020. There were still plenty of glitches – just ask inadvertent cat impersonator Rod Ponton — but courthouses reopened, juries returned and litigators learned to […] 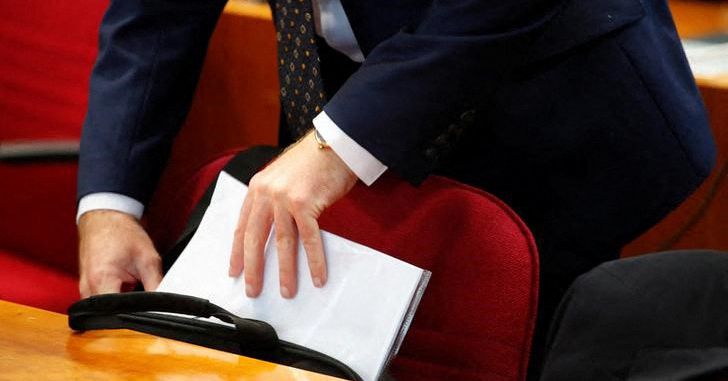