After months of rumours, the Syrian regime recently passed far-reaching cyber-crime legislation that goes beyond what is necessary to keep the internet safe. Despite tackling issues like cyber-bullying and fraud, the most serious legal and financial penalties introduced by the new legislation are reserved for those who criticise the president, the constitution or the state.

The motive behind the law becomes clear when viewed amid rising popular criticism of the regime’s failure to provide basic necessities, curb price hikes or address deepening poverty among residents in its territories. Hence, the cyber-crime legislation is designed to send a message to Syrians that criticising President Bashar al-Assad’s government will not be tolerated.

Assad approved Law No. 20 on April 18, updating an existing law from 2012 that defined terms and conditions of using the internet, as well as punishments for internet-related crimes. Starting this month, network service providers and users in Syria will face penalties of up to 15 years in prison and fines of 15 million Syrian pounds ($5,530) for running afoul of the new measures.

Notably, the harshest fines and sentences are reserved for those who publish online content deemed to undermine the prestige of the state, threaten national unity or stir up negative public opinion. Those vaguely-worded offences are particularly concerning as they are overly broad and open to interpretation. But this much is clear: the law provides legal justification for security agencies to arrest anyone who expresses negative views about the Assad regime, the government or its policies.

The law not only allows authorities to penalise the owner of an offending post but also those who comment, share or mention it on social media or in chat applications, such as WhatsApp and Telegram. The aim is to prevent people from endorsing or disseminating any anti-government sentiment, even privately.

The regime’s determination to crush online dissent appears to be in reaction to growing public anger offline. Despite relative stability in regime-held parts of the country, living standards have continued to deteriorate. According to the United Nations, 90 percent of Syrians live below the poverty line and more than 80 percent are food insecure. As a result, families are eating less, cutting meals and going into debt to meet basic needs.

The situation has worsened since November, when the government passed a resolution lifting subsidies on basic goods such as bread and petrol for some 600,000 “high-earners” in the private sector. The government justified its decision as a way to reduce the deficit, which is estimated at approximately $1.6 billion for 2022.

However, the move failed to deliver sufficient spending cuts and in February, the government widened its list of excluded people. New criteria for being denied subsidies includes owning a car less than 14 years old, holding a business licence, and having a family member abroad. This loose definition of wealth has hurt government employees (including retirees and military staff), as well as owners of small shops, who must now pay market price for unsubsidised commodities, many of which can be up to three times more expensive.

Offline, protests in opposition to the government’s moves have been rare or quickly dispersed. Online, however, dissent has been rampant. Participation of prominent actors (such as Abbas Al Nouri and Firas Ibrahim), social-media influencers and loyalist journalists (including Kenan Wakkaf) in lamenting deteriorating living conditions and lack of essential services, along with rampant corruption and failed economic policies, has amplified frustration in regime areas.

Instead of thinking of innovative ways to address the root causes of the economic crisis, the Syrian regime has decided, once again, to double down on repression to mute public discontent.

The cyber-crime law is intended to silence critics by playing on people’s fear of long years of imprisonment and the torture or even death that might result. These are not idle concerns. Over the last decade, tens of thousands of Syrians have disappeared by the regime’s security services for expressing critical views.

If fear was not enough to dissuade, money might be. The law’s massive fines mean that civil servants, who earn an average monthly salary of $23, would have to work for decades to pay off the price of saying the wrong thing.

Some European countries have suggested that after years of war, conditions in Syria have improved enough for refugees to return. Turkey alone plans to encourage one million Syrian refugees to move home by building housing and infrastructure there. But before declaring Syria safe, leaders should pay attention to the myriad ways that Assad continues to rule by fear and by fiat. For people living in government-controlled territories, the dangers may have changed but they have not diminished.

How Do We Make the Wheels of the Police and Criminal Justice System Run Faster?

Fri May 20 , 2022
The end of April 2022 saw three significant news items about justice delivery in the nation. Attorney General K.K. Venugopal said that 4.8 crore cases are in the courts and it had become a hopeless situation since “… litigants’ fundamental right to speedy justice lay in tatters …”. The Chief […] 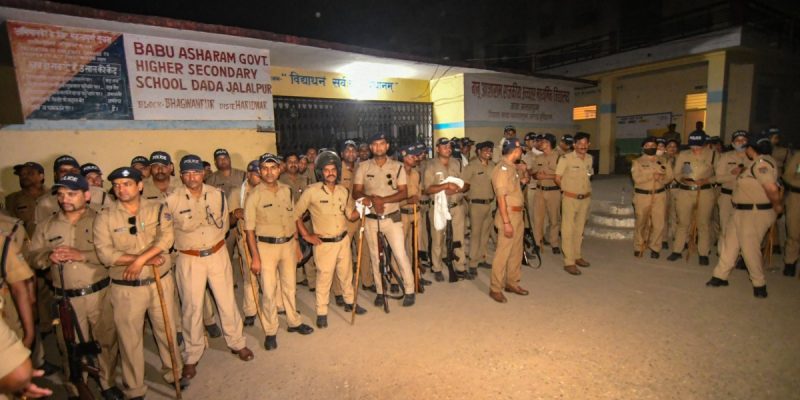