If it were just up to her, Heather Vitale would get her five-year-old daughter the COVID-19 vaccine as soon as possible.

But the decision isn’t that simple.

Vitale shares custody with her ex-husband, and in spite of evidence that the pediatric vaccine is safe and protects kids from COVID-19, he doesn’t want to vaccinate their daughter.

“At this point he’s so scared of the vaccine and what it could do, because he just reads too much into alternative news sources,” she says. “It would definitely end up in court if I was to do it tomorrow.”

The arrival of the COVID-19 vaccine for children marked the end of an anxious 18 months for a lot of families. But for parents like Vitale, who are divorced or separated, it’s brought a new kind of stress. If they share custody and can’t agree on whether to vaccinate their child, parents may end up in mediation or lengthy family court battles.

Parents caught in this gridlock are supposed to stick to a document drawn up during their separation or divorce called a parenting plan. This usually requires parents to share decision-making about their child’s medical care — including everything from braces, to long-term medications, to vaccines.

Vitale, who agreed to a parenting plan when she got divorced nearly five years ago, says she’s used to navigating differences over medical care.

But for Gabrielle Shuler, tension over the COVID vaccine has destroyed the equilibrium she used to have with her kids’ dad.

“This is the first giant challenge that him and I have actually had since our divorce,” says Shuler, who lives with her three kids in Hillsboro, N.H.

Shuler’s 8-year-old has serious medical conditions that put him at risk for complications from COVID-19, and she wants to get him vaccinated.

“He’s gone through so many health things, I just want to give him a fighting chance,” she says.

Shuler regularly sends her son’s dad articles and studies about the vaccine’s efficacy. But so far, he hasn’t come around. And with shared medical decision-making, she’s at a standstill.

Amy Connolly, who practices family law and teaches at the University of New Hampshire’s Franklin Pierce School of Law, worries that some parents may ignore their parenting plan as time goes on.

“What I’m sort of bracing for is one parent just taking the child and getting vaccinated and not telling the other parent, or telling them after it’s done,” Connolly says.

A parent who does this could be brought to court and lose their right to make future medical decisions for their child.

If someone’s former partner won’t budge on the vaccine, they could go to family court and fight for sole decision-making over vaccines, Connolly says. But cases like these are expensive — over $10,000 per side. And unless parents can convince the judge it’s an emergency, a case about vaccines could take years to resolve.

Connolly tells her clients that court should be a last resort.

“It is extremely stressful emotionally,” she says. “It causes a lot of disruption between the two parents, and that is inevitably going to fall on the child.”

Older children of separated parents who are considered “mature minors” (usually 14 or older) and have an opinion on the vaccine may have some sway with a judge if their case ends up in court. But younger kids don’t have a say.

A faster and more amicable way for parents to figure this out could be mediation. Courts often refer parties to mediation, but parents in gridlock can also hire trained mediators to help them reach a compromise. A mediator may get parents who can’t agree on the COVID vaccine to at least meet with their pediatrician, Connolly says.

Dr. Danielle Dunetz, a pediatrician with Southern New Hampshire Health, in Nashua, has found herself in the middle of parent disputes for years, usually over vaccines or ADHD medication.

“I’ve had both parents in the same room at the same time. It’s awkward,” she says. “But it’s giving them: at this point, what is the standard of care, what’s recommended for your child at this time. And they need to work it out.”

When it comes to the COVID vaccine, Dunetz says it’s not just some divorced parents who can’t see eye to eye. Married couples are fighting about it too. And kids are caught in the middle.

“Most of the kids are like: ‘I want my COVID vaccine; I want to get back to normal; I don’t have to worry about getting sick at school,’” she says.

Co-parents in a medical dispute often bring Dunetz’s patient summary and recommendations to mediation or family court. Dunetz has already written a letter to one judge, recommending the COVID vaccine. She says once she’s done that, there’s nothing else she can do. It’s in the parents’ hands, or in the hands of a judge.

This story is a production of New England News Collaborative. It was originally published by New Hampshire Public Radio on Dec. 8, 2021. 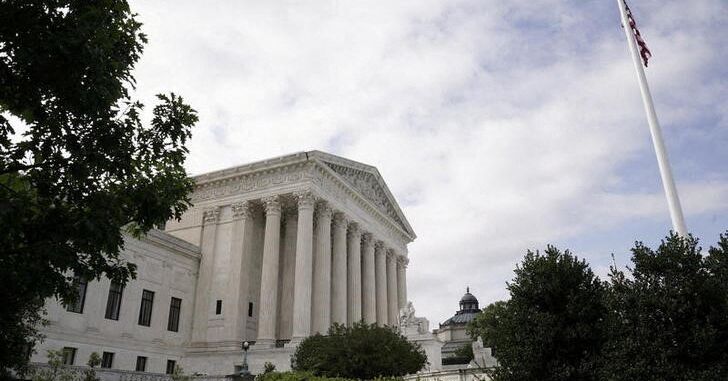