When dealing with divorce, you might have inadvertently come across various facets of what is commonly referred to as ‘family law’. The term ‘family law’ in the UAE broadly refers to the Federal Law no. 28 of 2005 on ‘Personal Status’ and its amendments (Personal Status law) that governs all aspects relating to the marriage, divorce, maintenance, child custody, succession and guardianship matters concerning both UAE nationals and residents. The personal status law is guided by the Islamic principles of Sharia and its traditions. That said, ex-pats in the UAE are also allowed to apply foreign law in the UAE courts, and with the latest amendment, the foreign law applicable in such instances would be the law of the country where the marriage was solemnized. The application of the foreign law is also subject to the provisions of the UAE Civil Code, and in general, the applicability is restricted to many underlying conditions.

Grounds of divorce under the UAE laws:

The major grounds that are accepted as valid reasons for divorce in non-mutual or contested divorce include:

Further, in order for these reasons to be considered valid, they need to be evidenced by solid proof such as police reports, written communication, medical reports, witness testimony etc.

However, for the Emirate of Abu Dhabi, a new decree on Personal status for Non -Muslims has been introduced that applies to any non-Muslim foreigner, whether it be a male or female, who has his or her domicile, or place of residence or place of work in the Emirate of Abu Dhabi. The said decree recognizes ‘unilateral divorce’, wherein divorce will be granted by the courts if either spouse expresses in court his or her desire to separate and terminate the marriage, without any need to justify their reason or to demonstrate harm or to put the blame on the other party. The new changes have been brought in line with international best practices to affect a unique law that encompasses even the smallest aspects of the family life of a non-Muslim in the said Emirate.

The Divorce law in UAE thus differs depending upon your nationality, whether you are Non-Muslim or Muslim, as well as your Emirate of residence or work. Thus, contested divorce matters often run into complexities either due to the application and choice of law, as well as due to the underlying facets part of a divorce process such as payment of maintenance, claiming custody of the children, and maintenance for children, and so on.

Sun Mar 6 , 2022
TOPEKA — FBI Director Christopher Wray said during a cybersecurity recruiting visit to Kansas on Friday the computer investigative capacity of local, state and federal law enforcement officers must be expanded to tackle rise in internet crime across the country. The federal agency’s director was in Lawrence with U.S. Sen. […] 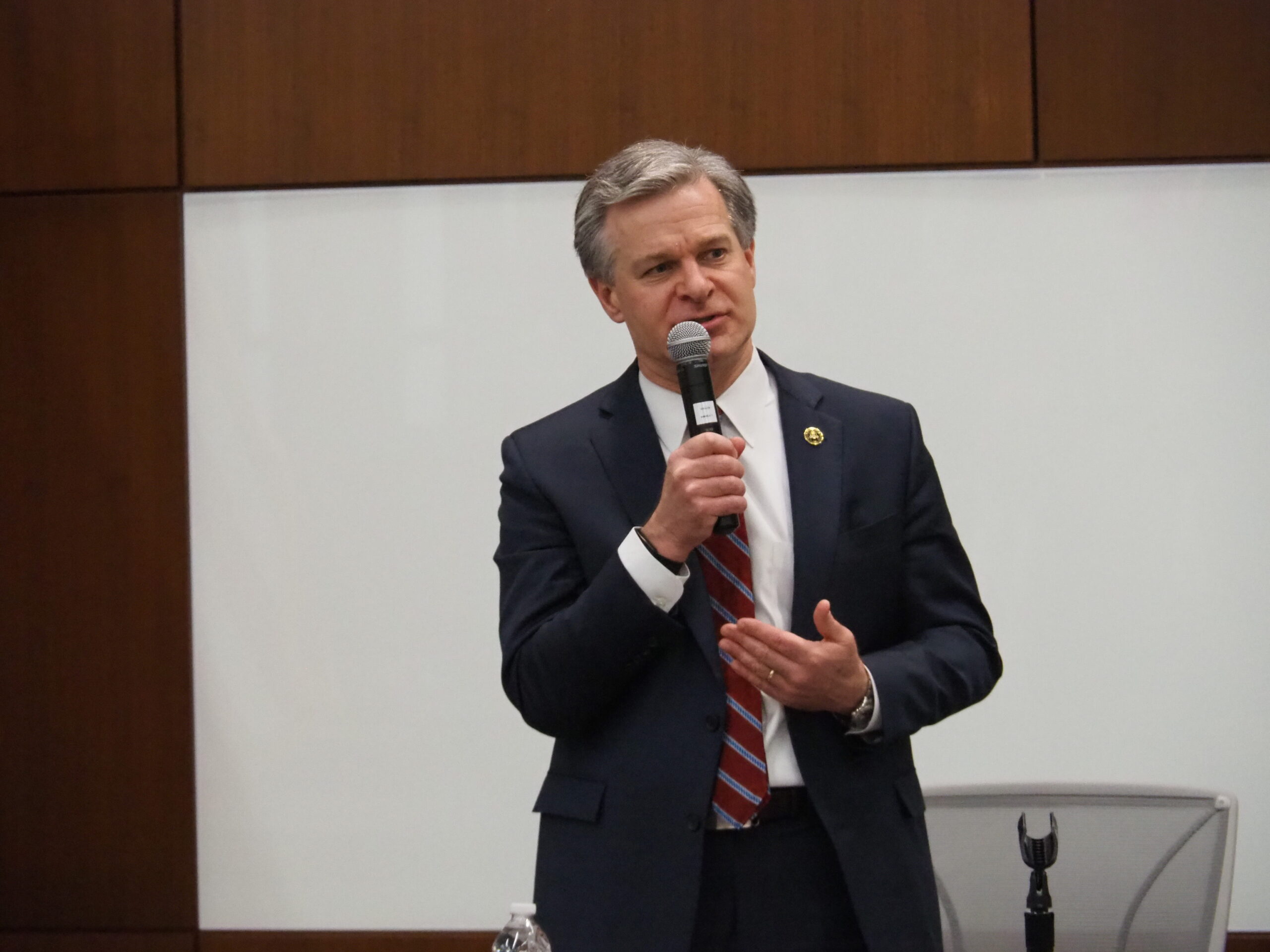