The Washington Football Team has promoted deputy general counsel Mali Friedman ahead of a Feb. 2 announcement of its new name, making her the franchise’s fourth top lawyer in three years.

She succeeds Damon Jones, who is joining the Los Angeles Dodgers as an assistant general manager and baseball legal counsel. Jones spent a little over a year as the top lawyer for the football team owned by billionaire Daniel Snyder.

Friedman will assume her new role Friday as chief legal officer and senior vice president of business affairs, the Washington team confirmed. She joined the franchise last year after serving as general counsel for the rebooted XFL.

The Washington team is unveiling its new name after public pressure forced Snyder in 2020 to ditch the club’s former moniker, Redskins, which was widely criticized as disrespectful of Native American culture.

Possible new names include Brigade, Commanders, Presidents, Red Hogs, and Defenders, which was the name of the XFL team that played home games at Washington’s Audi Field.

“Mali will oversee the team’s legal and business affairs function and provide organization-wide legal and strategic support,” Washington team spokeswoman Ashley Whitlock said in a statement. “Mali and Damon have been working closely together to ensure a smooth transition.”

She left the Warriors in 2019 to become the top lawyer for Vince McMahon’s XFL, where Friedman was on maternity leave when the league was sold out of bankruptcy in 2020 after shutting down its operations due to the coronavirus pandemic.

Friedman didn’t respond to a request for comment about her promotion to the top legal role with Snyder’s team.

Jones was the first-ever general counsel hired by Major League Baseball’s Washington Nationals in 2007. He left his role with the Nationals in 2020—a year after the team won the World Series—and spent eight months as an of counsel in the sports practice at Covington in Washington.

The Washington team recruited Jones to be its top lawyer in December 2020 as Snyder coped with mounting legal woes over the franchise’s controversial team name and allegations of sexual misconduct by employees.

Jones made an appearance in a video the team released earlier this month explaining why new team names such as RedWolves and Wolves are no longer viable options because of trademark issues.

Jones wasn’t available for comment about his new job with the Dodgers.

As a baseball operations executive, Jones is the latest lawyer for an MLB team to transition to a job requiring expertise on everything from player performance analysis to contract negotiations.

“We’re delighted to have Damon joining us and look forward to working with him,” said Dodgers general counsel Santiago “Sam” Fernandez in an email. “With his background and years of experience in baseball, he will be a terrific addition.”

Jones is among several Dodgers personnel appointments announced this week. He will predominantly handle baseball operations matters, said Fernandez, who joined the Dodgers in 1983 and is one of the longest-serving club legal chiefs in MLB.

While Jones will do some legal work, the Dodgers’ in-house legal group that includes associate general counsel Chad Gunderson and Daniel Martens will continue to also have a hand in some baseball operations, Fernandez said.

The Dodgers made another addition to their ranks last year in hiring vice president of diversity, equity, and inclusion Courtney Moore from Munger, Tolles & Olson, where she spent nearly two years as the Los Angeles-based law firm’s director of diversity and inclusion. Moore is not a lawyer.

Whitlock, the Washington spokeswoman, thanked Jones for his 14 months of work.

“Damon has been a key leader on our team and has helped our organization through a period of significant change and transition since joining us,” she said.

More than a year before Jones arrived, Eric Schaffer, who took over as general counsel of the Washington team in 2012, stepped down in January 2020.

Schaffer was replaced by former assistant general counsel Will Rawson, who held the team’s top legal job for more than a year until he made way for Jones. Rawson is now an of counsel at Gibson, Dunn & Crutcher in Washington.

Bloomberg Law reported last year on unsealed records in a lawsuit filed by the team’s former COO and general counsel David Donovan—who left in 2011 and is now a retired partner at Wilmer Cutler Pickering Hale and Dorr—against high-profile litigator Beth Wilkinson, who was retained by Snyder and the NFL to conduct an internal investigation of the franchise.

The NFL eventually levied a $10 million fine against Snyder’s team but declined to publicly release the details of Wilkinson’s investigation.

Wed Jan 26 , 2022
Campbell County Courthouse. FTM file.  Three local attorneys are competing to fill the open seat for Campbell County Family Court Judge following the announcement by Judge Richard A. Woeste that he will not seek reelection.   Attorneys Brenda Bonecutter, Abigail Voelker and Andrea Janovic have filed for the seat in the […] 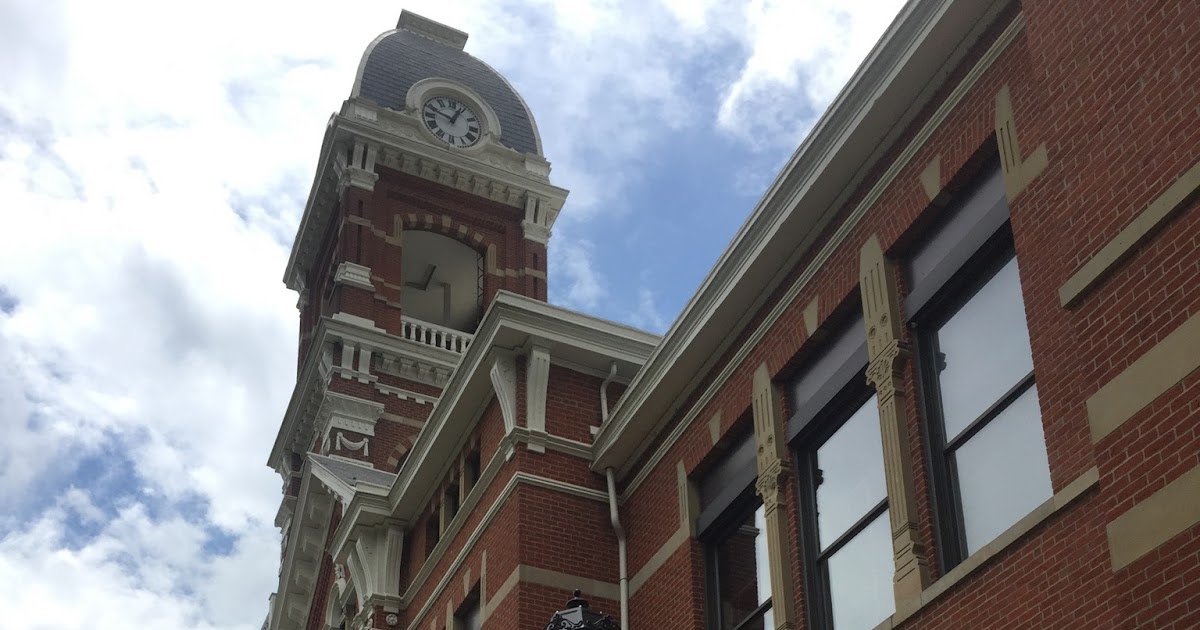