NEW YORK — After Emily Pina’s parents separated, the 27-year-old in Phoenix said she spent years listening to her dad beg for the return of his family. He turned up the volume once her mom started dating.

“It’s the same thing as Kanye and Kim,” she said.

And like the celebrity couple, her dad’s digital life played a role in his breakup as it often does in contentious divorces.

Kanye West, now legally known as Ye, has gone quiet on Instagram after weeks of ranting publicly about Kim Kardashian in the name of fatherhood, which many saw as bullying and intimidation. His targets included Kardashian, her boyfriend, Pete Davidson, and Trevor Noah, who weighed in on “The Daily Show.”

In Pina’s case, she said her parents’ divorce was impacted in part when her father, who has since died, was scammed out of $10,000 after meeting a woman online and attempting to bring her to the U.S. She turned out to be a man at a computer. In other cases, Instagram, Twitter and Facebook are weaponized directly against an estranged spouse as divorce proceedings progress. Still more divorce cases include digital theft of emails, joint bank accounts and other shared logins.

Dan Stock, a New York family law attorney, warns that sounding off against a partner digitally can have lasting consequences when texts, posts, photos and other wrongs are hauled into court. That’s especially true when child custody arrangements are on the table.

“Even Kanye shouldn’t be trash talking on social media unless, as may be the case, he has a divorce court death wish,” Stock said. “It’s one thing to be the victim of a social media bully, but it’s an early holiday present to the case you are making if you are that victim’s divorce attorney.”

The sentiment was echoed by a dozen other lawyers who handle divorce, child custody and relationship abuse cases, especially those in California and a handful of other states with relatively new legal standards of “coercive control” as a form of non-physical abuse. The laws allow judges leeway in doling out punishments.

Advocates for victims of harassment and abuse agreed. They said acting out online in pending domestic abuse and divorce cases is routine.

“It’s really interesting with Kim. She’s pretty much the most protected woman in America, right? All the resources. And she is a great example of how even if you have all the resources, it doesn’t matter,” said Lenora Claire, a stalking and harassment survivor and victims’ advocate in Beverly Hills, California.

“It’s been really painful to watch but also really eye opening for the public, who maybe aren’t as enmeshed in this issue as I am,” she said.

Katie Hood, CEO of the nonprofit One Love Foundation, has seen numerous occasions of social media turned against one person by another in divorces and breakups. Her organization provides young people with tools and resources to spot signs of healthy and unhealthy relationships.

“A breakup is the most dangerous time in a relationship. That’s when the abusive person’s control has been broken and they do a lot of things to try to wrest back control: control the narrative, control how their ex-partner is perceived,” she said.

Watching the Kim and Ye divorce play out on social media has resonated with many victims of relationship abuse, Hood said.

“A lot of people I’ve talked to are saying this reminds me of my ex. This reminds me of how my ex responded to the breakup,” she said. “Social media is an amplification point, a new channel. In the old days, before we had all this, you couldn’t see how your ex was moving on with their life or how they were spending their time or who they were with.”

Years ago, Hood recalled, a friend went through a breakup and her ex tried to sabotage her through phone calls to employers and family members about what an awful person she was, telling secrets and threatening to share harmful photos.

“Well now you just have to press post on social media or go to LinkedIn or set up fake accounts and bomb people with information that can really be damaging,” she said.

There have been a few visible consequences for Ye. He was banned from Instagram for 24 hours and he was disinvited from performing at the April 3 Grammy Awards after slinging a racial slur at Noah, who hosted the ceremony. Ye wound up winning two Grammys but was a no-show as an audience member. He dropped out of headlining at Coachella Valley Music and Arts Festival, according to TMZ and other reports, giving organizers less than two weeks to find a replacement.

In February, Kardashian spoke up in a Los Angeles Superior Court filing about her estranged husband’s unsettling online behavior, urging a judge to ignore his attempts to slow down their divorce and end their marriage as soon as possible. She was successful, after arguing in part:

“Mr. West has disseminated on social media the parties’ private communications and misinformation about personal family matters and co-parenting, which has caused emotional distress.”

The rapper has been open about his mental health struggles and his diagnosis of bipolar disorder.

“When you’re in this state, you’re hyper-paranoid about everything, everyone,” he told David Letterman in 2019. “This is my experience. Other people have different experiences. Everyone now is an actor. Everything’s a conspiracy. You feel the government is putting chips in your head. You feel you’re being recorded. You feel all these things.”

“In a sense, using social media this way is a protest movement, right? And there’s a very vocal group online that’s almost acting as judge and jury,” Lightman said. “I really like what Trevor Noah said, that we shouldn’t cancel Kanye but counsel him.”

“These are real people with real feelings. Things get lost and convoluted when we use the media to try and resolve these factors. The lawyers should be resolving these factors. Her lawyers absolutely have to be thinking about going in and getting court orders for a temporary restraining order for domestic violence. In California, it can be based on emotional upset, not necessarily physical abuse,” he said.

Receiving orders of protection for such behavior due to coercive control is far from guaranteed, said another longtime Los Angeles divorce attorney for the rich and famous, Alexandra Leichter. The standards offer hope for victims but there remains a reluctance among some judges to weigh in on free speech grounds. There’s no doubt, she said, that digital technology has “opened up a whole new branch of coercive control.”

Judges can “order them to stop, not to use the media, email, not to contact the person,” Leichter said. “Does it always work? I’d be lying if I told you that it does. It’s a much more complex situation with electronic media.” 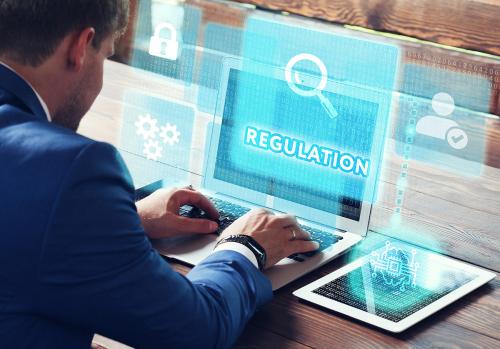